January is bill-filing time at the Massachusetts legislature and area lawmakers, including the newest ones were busy. It is too soon to declare any bill a success—they must pass first—but one piece of legislation Senator Eric Lesser filed has potential beyond the meaning of its text itself.

Last week, Lesser’s office released details of several bills, all mirroring campaign promises such as studying the establishment of high-speed rail, encouraging economic growth in gateway cities and tackling the opiate crisis. While the latter two matter greatly, the rail study could lay the groundwork for a broader transformation: bridging the divide between east and west in the commonwealth.

Lesser’s bill would order the state Department of Transportation to assess the feasibility of expanded rail service to Springfield beyond Worcester. The DOT would need to report back later this year.

Despite being a geographically small state, the diverging fortunes of one region versus another risks turning the existing rift within the state into a chasm. Yet if a path to rebuilding infrastructure and establishing service exists, more rail could realign the commonwealth.

William Pyncho’s decision would have a fateful impact on Western Massachusetts’s centuries later. (via umass.edu)

Legend has it that William Pynchon affiliated his settlement with the Massachusetts Bay Colony because the folks in Hartford and New Haven were too close and too meddling. It was a fateful decision that would ultimately breed a (not wholly unfounded) belief Boston was indifferent to the West.

For nearly 350 years, this status quo was annoying, but acceptable. Then deindustrialization drained the West while high-tech, healthcare and higher education bolstered the East. That Eastern success must find its way West or the divide will only grow both straining the entire state and dooming the 413 to decline.

Regular bus service and the MassPike are insufficient. While this blog has always clarified “high-speed” rail in Lesser’s meaning as a relative term, whatever the term, it would be a boon. Moreover, Lesser’s colleagues in both Western and Central Massachusetts—Democrat and Republican—agree.

The revitalization of cities on Amtrak’s Northeast Corridor is certainly helped by the railroad’s regular, if imperfect service. Were Springfield and the region to have such a tie to the burgeoning Boston economy, there could be two effects. First those escaping the Boston region’s high costs may settle here, but frankly this is less important than the second reason. Namely businesses might come here as Boston’s resources remain accessible while ours become more available to Boston. 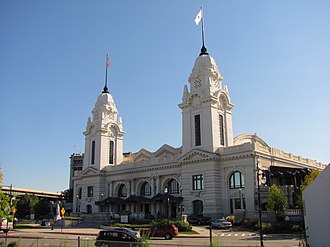 Other than Amtrak’s once daily Lake Shore Limited, all passenger service west of Boston terminates at Worcester Union Station (via wikipedia)

There are challenges, not the least of which is the legislative process. Although the commonwealth bought CSX’s line from Boston to Worcester, purchase of the rails all the way to Springfield is unlikely and in any case additional passenger traffic will compete with heavy freight service. Meanwhile, even as Worcester has benefited from better commuter rail, some locals find recent assessments a bit Pollyannaish.

The underlying reason is money. The former Boston & Albany railroad line suffers from engineering problems that impose speed restrictions on hot days, delaying commuter trains and Amtrak’s lone east-west service, the Lake Shore Limited. CSX never bothered to fix it because their trains rarely travel faster than the heatwave speed restriction anyway, but it remains an impediment to realizing the Worcester-Boston potential. Plans do exist to correct it, though.

To do the same to Springfield among other upgrades will raise the cost, but without running through the populous MetroWest region or really any densely populated area until Palmer or Wilbraham. 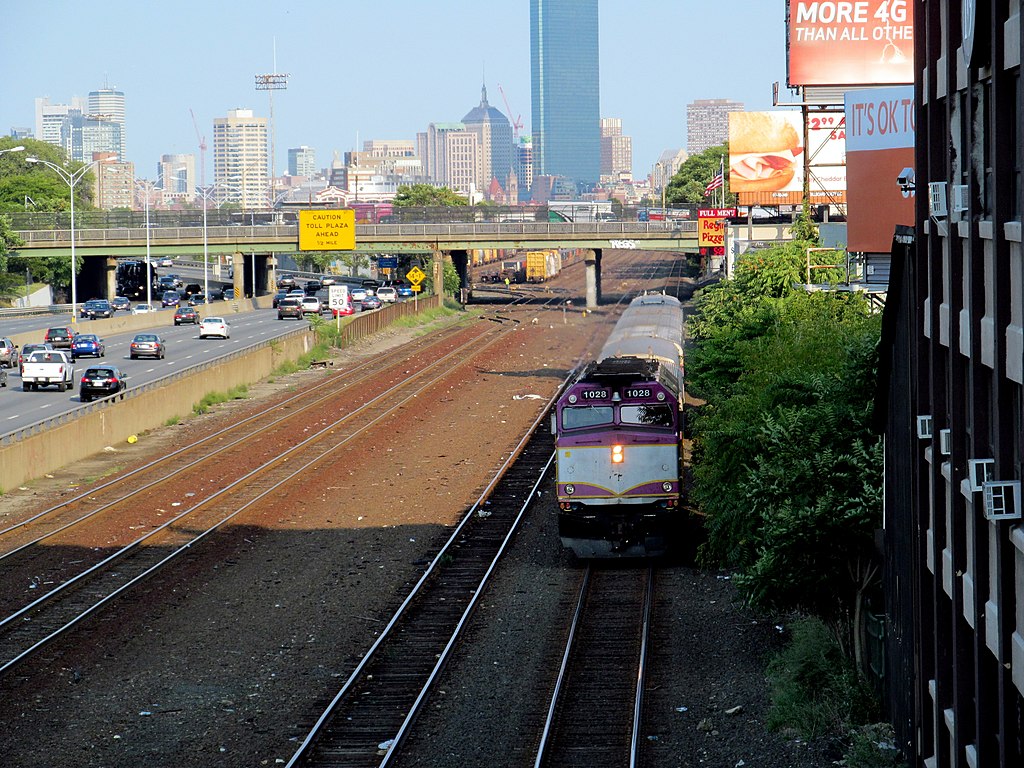 Rail service and bringing the “red-hot” economy of Metro Boston west will not itself solve the region’s poverty. Even within Route 128, stubborn pockets of poverty in Boston, Cambridge, Chelsea and other inner-ring cities endure. When they shrink often gentrification and not upward mobility is the cause.

Moreover, any proposal will have to consider Western Hampden County and the Berkshires, where lower population density will raise the cost of adding service that would go through to Albany.

Still, the proposal is necessary. For too long the divisions within this state has become an obstacle. We must establish one commonwealth and not two (or more depending on other regions’ sense of isolation). There is no excuse not to. Some US metro areas are the size of Massachusetts’s east-west axis.

Those close to Lesser usually emphasize the idea of bringing the economy of Boston back home to the West, rather than any grander vision of a more tightly bound commonwealth. However, if the economic success comes, so too will a more faithful embodiment of the term, “commonwealth.”

A renovated Union Station in Springfield underscores the opportunity and need of better connections east. (WMassP&I)

The perception of being low on Boston’s priorities is not misplaced, but how the region chooses to respond is frankly more important. Just getting goodies in the budget or assertions of greatness always leave us wanting. There is nothing wrong with hometown pride, yet it will not solve our plight. This is not a situation where what’s wrong with Western Massachusetts can be solved with what’s right with Western Massachusetts alone.

Lesser’s proposal is only a bill and if passed, who knows what the Department of Transportation will actually say in its report . Expanded rail service is no panacea, although it could be a key to broader efforts to restore the life of our region and perhaps form a more perfect union in our own commonwealth.