From the 413 to Boston, Stan’s Senate Begins to Take Shape…

This is the second in a series of posts on the new 189th Massachusetts General Court sworn on January 7. 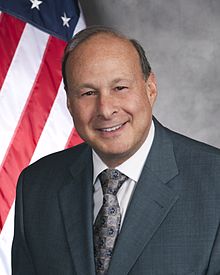 With the Senate overwhelmingly dominated by Democrats, most of the Senate’s seats on joint committees and its own committees were controlled by Rosenberg and the majority’s leadership. Republicans, numbering only six in the 40 member body, are guaranteed seats on every committee, often requiring the GOP members to serve on disproportionately more panels.

Joint Committees consist of both House and Senate members with two chairs, one from each chamber. The House has yet to release its full slate of appointments. Senate-only committees include those with House analogs like Ways & Means as well as others unique to the Senate.

Ashland Senator Karen Spilka, whose district covers a great deal of the Metro West region, will chair the powerful Ways & Means committee, becoming the Senate’s lead budget negotiator. Spilka, a former labor attorney, was among the Democrats who competed for Ed Markey’s House seat after he vacated it upon election to the US Senate. Everett Senator Sal DiDomenico will be Vice-chair of Ways & Means.

Rounding out the top of leadership, Senator Marc Pacheco of Taunton will serve as Senate President Pro-tempore and East Boston Senator Anthony Petrocelli will be Majority Whip, in charge of vote-counting for Democrats. 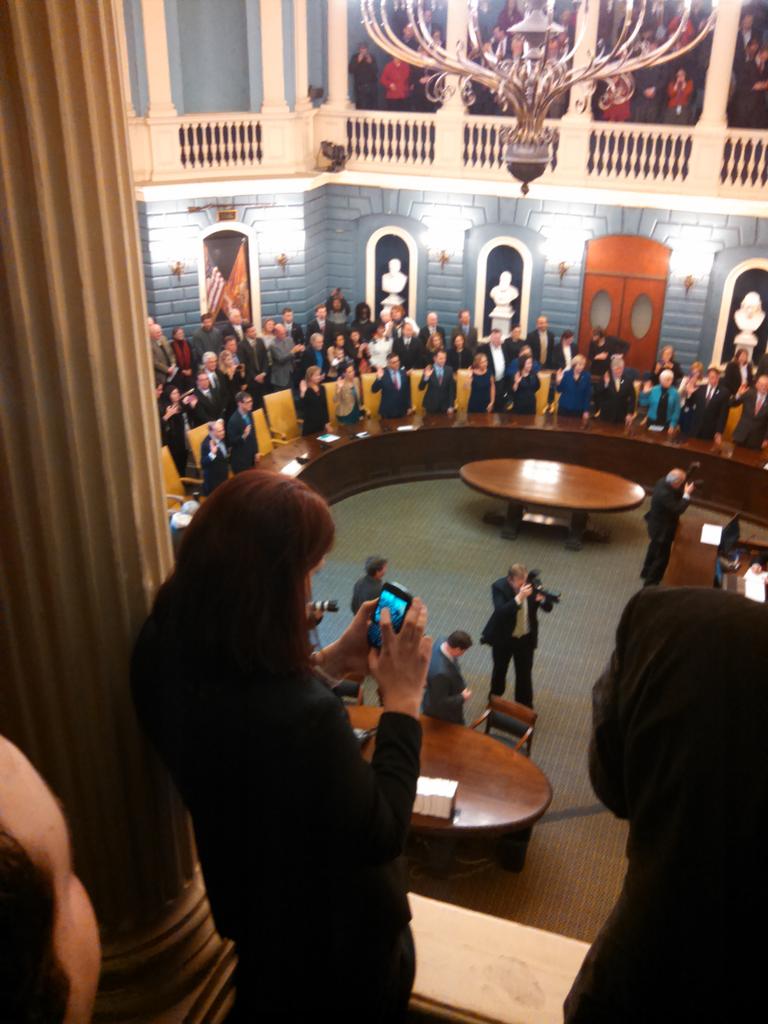 The Massachusetts Senate being sworn in on January 7 (WMassP&I)

The election of several new Democrats last year prompted additional movement among Senate’s committee seats. The resulting musical chairs was especially pronounced in Western Massachusetts because Rosenberg as president does not sit on committees and due to the addition of Eric Lesser.

Pittsfield Senator Benjamin Downing, whose district encompasses all of Berkshire County, the western fringes of Franklin, Hampden and Hampshire counties, will chair two committees. In addition to chairing the Joint Telecommunications, Utility and Energy Committee, Downing will lead the Senate’s Redistricting Committee. The “TUE” committee’s jurisdiction includes oversight on broadband, the expansion of which is among Downing’s priorities for his sprawling district.

According to Downing’s press release, the early revival of the Redistricting Committee is intended to ensure the Census Bureau’s annual estimates—which affect federal grant formulas—accurately reflect the commonwealth’s population.

West Springfield Senator James Welch will retain his position as Senate chair for Joint Health Care Financing and, according to his legislative webpage, will serve on the Homeland Security and Public Safety Committee and Election Laws joint committees. Given the state’s healthcare-driven deficit, a wave of new legislation may come before the committee Welch chairs to further control such costs.

Thanks Pres. @SenStan for your confidence in me to cont. as Chair of Health Care Finance in MASenate. Lots of important work ahead! #mapoli

Finally, Lesser the new senator from Longmeadow representing the 1st Hampden & Hampshire district, was appointed senate chair of the Joint Tourism, Arts & Cultural Development Committee and vice-chair of the Joint Financial Services committees. Lesser’s statement on the appointments noted the opportunity to cooperate and promote the 413 given both his and Downing’s service on the Tourism committee.

Many of the panels on which Lesser will sit mirror the planks of his campaign including Economic Development & Emerging Technologies, Elder Affairs, Public Health and Transportation—all joint committees. Earlier this week Lesser proposed his first bills covering high-tech tax credits, efforts to reign in the heroin/opiate crisis and a study of high-speed rail from Springfield to Boston. The last one has attracted a great deal of attention and Lesser’s seat on Transportation will be helpful to its passage.

Lesser will also serve on the Revenue and Veterans Affairs & Federal Relations joint committees. The latter assignment seems as acknowledgement of his tenure as a White House aide. Lesser’s rolodex still contains key contacts in the federal government. Allies of his have said these could become useful to both the commonwealth and his district in particular.