Analysis: Is Holyoke Government Coming out of the Cave?… 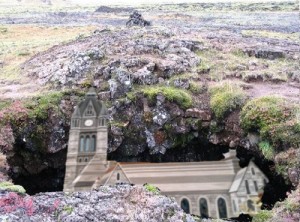 HOLYOKE—City Charters are complicated and it is easy to see why.

The United States Constitution clocks in at just under 7600 words including amendments. City charters like Holyoke’s have more than 12,000 words—even before the appended special acts and adopted general laws. The Supreme Judicial Court observed that Boston’s charter was not a single document, but “a patchwork of special laws enacted over the years by the legislature.” The Paper City’s is no different.

Even model and home rule charters like Springfield or Worcester’s respectively are decorated with amendments both ancient and modern. Yet as the last few weeks here have shown, the century-old special act charters of Holyoke, Chicopee (originally written as a twin to Holyoke’s) or Boston go into granular detail, dragging out modernization attempts that in turn invite counterproposals.

Proposed revisions like consolidating Holyoke’s financial offices are highly technical and have bounced around for years. Last week the Holyoke City Council got its first look at reforms Mayor Alex Morse and City Council President Kevin Jourdain had agreed to earlier this year.

Jourdain’s backing—whether a sincere show of support or a political move ahead of a potentially tough election—has breathed new life into the long-sought after reforms, after failing in past years, most notably as part of a broader charter revision in 2011.

The changes include four-year terms for the mayor and council and cutting two of the eight at-large councilors. As part of a major restructuring of the financial departments, the presently elected Treasurer would become an executive appointee. Most changes would take effect after the 2017 election. The language reorganizing city departments has yet to be released.

Unlike Boston, Holyoke’s government is also somewhat diffuse, with elected positions that in many cities are appointed. Although a strong-mayor government, the Holyoke’s City Council possesses considerable power compared to Boston or most cities with charters written after 1920.

Councilor Todd McGee had some objections, but they seemed more about how nonbinding measures were on the ballot, too. (via holyoke.org)

But passage did not occur last week. Some like at-large Councilor Jospeh McGivern protested that the actual legislative language was not attached to the agenda. Ward 6 Councilor Todd McGee noted that similar nonbinding changes were already on the ballot in November. Having both on the ballot might create confuse voters, and Ward 5 Councilor Linda Vacon, often a Jourdain ally, concurred.

Councilors also asked about the deadline to submit the petitions. As a practical matter, the legislature only needs to enact the petitions before City Clerk Brenna McGee orders ballots from the printer.

The home rule amendment in the Massachusetts constitution allows municipalities to bypass the legislature to make changes but it can be just as complicated as Beacon Hill’s machinations.

Jourdain tried to head off delays by saying the Council was merely voting to let voters decide. When review in committee was suggested, Jouradin, sparing the charm, admonished councilors to actually show up, especially since virtually every member had expressed an opinion on the proposals in the past.

Still, the concerns seem more a speed bump than anything. Only a majority is needed to forward the changes to Morse, and based on comments made, some items have historically had healthy support. After mayoral approval, the petitions go to the legislature. After each petition passes the legislature and signed by the governor, it will go to voters.  Holyokers can vote on each measure individually.

One change may face rougher terrain, though. The four-year Council term drew opposition from at-large Councilor Daniel Bresnahan. Somewhat eloquently, he argued to Masslive that lengthening the term would lock people out of the process. Backed by McGee, the two suggested last Tuesday that such lengthy term should prompt term limits and/or recall procedures, too.

The four-year Council term was one of Jourdain’s few apparent “gets” after negotiating with Morse. Reformers had championed the others for years. Jourdain also scored a petition to cancel this year’s special Treasurer election. If approved, the Council would fill the post through 2017. Under the as yet unreleased consolidation bill, the mayor thereafter would make the appointment. Thus, Jourdain pushed back, saying the city would save money.

The amount of savings is murky. Masslive reported it at $30,000 per election according to the clerk, while Jourdain quoted it as $70,000 to $100,000. The change would only yield savings every four years since state elections would continue in even years. It may not even do that as the current language does not affect the two year term of some School Committee members.

It may be academic, anyway. The four year mayoral term and departmental changes are uncontroversial with the latter expected to receive support from municipal advocacy groups. However, state lawmakers are unlikely to establish a precedent for four-year municipal legislative terms twice as long as theirs.

Bresnahan and McGee also injected a competing proposal into the mix. A nonbinding referendum on switching Holyoke to council-manager system is slated for November’s ballot, but both councilors advocated for a binding question. The Law Department is preparing a home rule petition to that effect.

But both Jourdain and McGivern surmised—probably correctly—that Morse would not be on board. The mayor, speaking to The Republican last weekend, did not say he would veto a binding manager petition (the mayor’s veto is absolute for home rule petitions), yet the odds that Morse would not seem laughably low. He suggested waiting for the results of the nonbinding manager question first.

Historically Bresnahan supported the four-year mayoral term and less at-large councilors, but recently he has advocated a manager system as well. (via holyoke.org)

Holyoke sources indicate Bresnahan and McGee’s position centers more on their historical disputes with Morse than on any researched conclusion about city managers’ superiority.

It is not clear how city lawyers would integrate a manager into the charter without dramatically altering it. Most Massachusetts manager charters endow the position with virtually unfettered executive power, including appointments, which Holyoke’s mayor does not have now. Oversight is primarily through a council’s role in budget process and its prerogative to hire, fire and/or refuse to rehire him or her.

(The grass is always greener on the other side, anyway. City managers are rare in Western Mass, but common to the East—and provoke strong feelings. Worcester, once a strong mayor city, has struggled over concerns the manager is disconnected from residents, particularly on bedrock constituent services. Lowell has whiplashed between professional, specially-trained managers and connected pols with little management background, even though the raison d’etre of managers is to avoid just that.)

Worcester has a city manager. Current manager Ed Augustus, a former senator, is well-respected, but many still long for an executive directly accountable to the people. (via wikipedia)

Last Tuesday’s debate at least appeared substantive. Councilors seemed to appreciate that the financial and other departments’ status quo is unsustainable. The politics behind Treasurer Jon Lumbra’s resignation has prompted a debate about streamlining a government that harkens back to another era.

Presuming there are no more delays from the Council—and even if there are, they probably won’t be for long—these updates might finally happen this time.