Analysis: Wait…Actually Learning from Boston? This Is Heavy!… 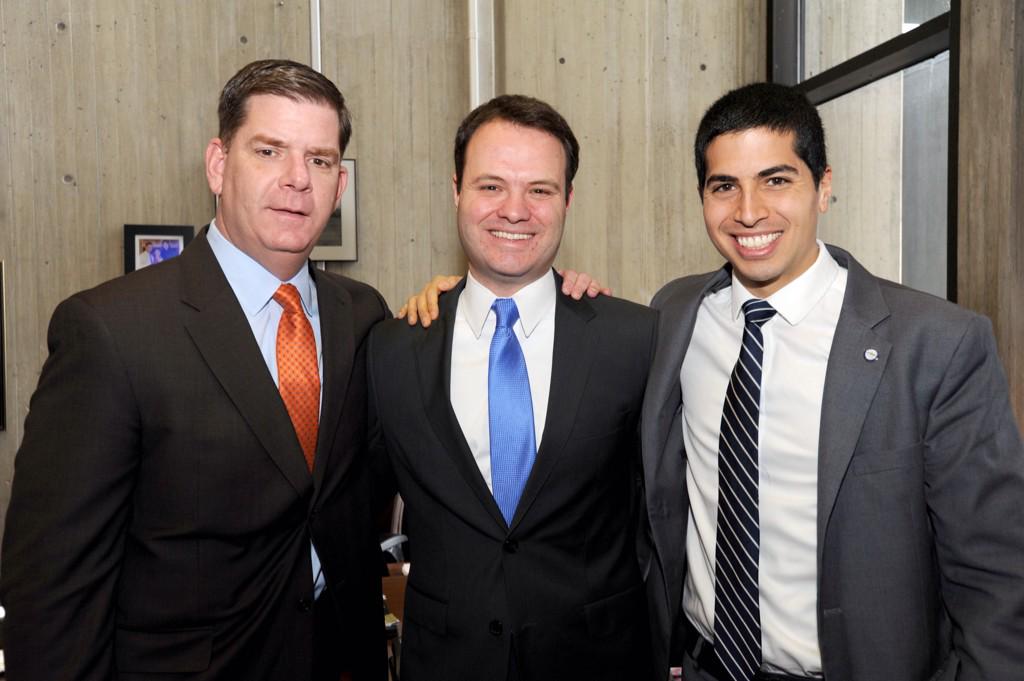 Longmeadow Senator Eric Lesser’s meeting last week with Boston’s Mayor Marty Walsh—often just “Mahty” on this blog—could provoke any number of reactions from the Pioneer Valley politics-consuming public. According to Masslive, the two discussed urban issues, the economy and bringing their regions together. Some may be pleased Lesser got some face time with the man who runs New England’s largest city, exerting an outsized impact on the commonwealth as a whole.

A certain segment of the populace and the Valley political classes might lay into Lesser for chilling at City Hall in Boston—a city ever-blessed at Western Mass’s expense. Aside from being fools, those reaching such conclusions and employing such invective would be entirely missing the point. Cultivating ties between the Springfield and Boston regions with an eye to replicating the East’s success in the West is at stake.

Now, a bit of context. “Mahty” was one of the state reps from Boston’s Dorchester neighborhood for nearly 17 years and already has ties with former colleagues from the 413. Lesser was a Harvard undergrad at the same time as Walsh’s Chief of Staff, Daniel Arrigg Koh and the senator is in Boston regularly anyway. He didn’t need to drop everything and drive 88 miles per hour for Koh to set up a meet with Marty Walsh.

Ties between Springfield and Boston pols are nothing new. Some clear affection existed between Domenic Sarno and the late Thomas Menino—on the former’s part for sure—but it seems doubtful they really delved deeply into policy. Menino, who died from cancer last October, was known to focus on the nuts and bolts of urban life than broad prescriptions for governance, after all.

There are some parallels between Lesser and Walsh. Both were teetering on the edge of 30 around their swearings-in (Lesser slipped into his 30’s this past Friday). Both ran in almost hilariously crowded primaries and are rising stars in the state party (Walsh is receiving its big honor this year).

It would not be a stretch to assume Lesser may want to take a page from Walsh, too. As mayor, Walsh has been unafraid to stir things up. Even as he joined the veneration of his predecessor, Walsh sought to clean up creaking municipal bodies like the Redevelopment Authority, the epitome of Menino’s power.

As a candidate Lesser shook up local politics, but the Obama knows doing the same in government is far tougher. Unlike a mayor, as a senator Lesser cannot act unilaterally. Thus, despite sitting on several key committees, for the moment, Lesser may have more to gain from a line to Walsh than vice versa.

“The arts can be an important economic engine for cities” regardless of their size or location: http://t.co/Onu78rN5or #MaPoli

For example, Lesser has recently been pumping up the potential of the arts in the region as senate chair of the Tourism, Arts, & Cultural Development Committee. Walsh ran for mayor partly on a campaign to bolster the arts in his city. His campaign arts advisor (among other roles) was Joyce Linehan. Now Walsh’s Chief of Policy, she has been a major player in the Boston arts scene for decades.

Perhaps more the point, Lesser could use an ally like “Mahty” to reach out to some members of the House, particularly its Boston delegation.

But all of that again is beside the point. The issue is building ties. Rep. John Velis recently said Western Mass needs its “ins” with those in the East that greatly outnumber the West. Lesser’s visage may be headlining yet another post on this blog, but this is something bigger than him and legislators like he and Velis don’t need a bolt of lightning to get it.

The question is whether Greater Springfield’s political community and residents broadly embrace such a collaborative attitude toward its Eastern brethren. As opposed to raising a fist and cursing Boston’s neglect, that could build respect and engender more results faster than one can say “Great Scott!”