SPRINGFIELD—The ward seats on the City Council may be where most of the electoral action will be in this municipal election year. At least two incumbent councilors were already expected to face a challenger and now a third as Marcus Williams, a Grants & Contracts Coordinator for the YWCA and political activist, begins his bid to unseat Ward 5 Councilor Clodo Concepcion this year.

Williams, 26, has filed with the Massachusetts Office of Campaign & Political Finance and a Facebook page promoting his candidacy went live Tuesday night, the same evening he sent a message to friends and family announcing his campaign.

“With much consideration and with the support of family and friends alike, I have decided to run for City Councilor of Ward 5,” Williams’s posting announced. 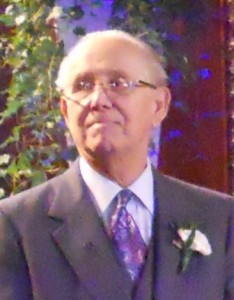 Undaunted by Concepcion’s presidency of the 16 Acres Civic Association—the neighborhood dominates Ward 5—in an interview Wednesday Williams said, “I want to take on the entire ward. I don’t want to leave any voter not knowing what my platform is.”

A graduate of Commerce High School before ultimately making his way to Boston College, Williams grew up in the Pine Point area, which is roughly split between Ward 5 and 8, with the periphery in Ward 4. Today, Williams lives in the western end of 16 Acres, not far from Western New England College.

He majored in communications in college, but upon graduation, like many young people at the time faced a tough job market and returned home. Some months later, he found work with Elizabeth Warren’s 2012 campaign in the closing weeks.

Politics was not entirely foreign to Williams. He had participated in youth in government programs and served as class treasurer in high school. But the education in grassroots politics he received as a field organizer for Don Berwick may have been a crash course in the kind of strategy he will need to dislodge Concepcion. 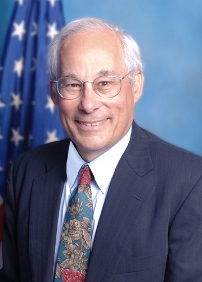 Williams is the second Don Berwick alum to launch a political bid this year after Jesse Lederman. (via wikipedia)

Politics is also in the family. His uncle is at-large City Councilor Bud Williams, and while the younger Williams called the longtime councilor a “mentor,” they have differed on politics. Bud Williams backed Martha Coakley in last year’s primary, as opposed Marcus working for Berwick.

“I try to keep politics and family separate,” the younger Williams said, “I am my own person.”

Since the end of the Berwick campaign last November, Williams has worked at the YWCA at their East Forest Park office researching and applying for grants on the association’s behalf.

Speaking to WMassP&I, Williams noted the YWCA’s mission to empower women and minorities and suggested his work there might provide him with insights that could be helpful as a councilor. He mentioned combating sexual assaults, particularly on college campuses, as one such area.

Almost eight months from Election Day, presuming no one else enters the race and forces a preliminary, there is both a lot of work and an uphill climb for Williams. Concepcion, despite, ahem, mixed opinions about his work inside the Council chamber, has built up impressive strength in his ward.

Concepcion narrowly won his seat in 2009, after unsuccessful bids under the former all at-large Council. He escaped a challenge in 2011 and slaughtered his opponents in 2013.

Although inclusive of other neighborhoods, 16 Acres dominates Ward 5 (via springfieldlibrary.org)

In addition to leading the 16 Acres Civic Association, Concepcion heads the Special Elder Affairs Committee of the City Council and has, at times, practically crusaded on behalf of the city’s elderly population. However, it works given the city’s older residents are also its most reliable voters especially in Ward 5.

Concepcion did not reply to an email request for comment.

“I respect Clodo, he’s done some great work for Ward 5,” Williams said, but, “I’m going as a new perspective, a person with fresh ideas.”

That may include doing more work to engage youth and bridge the education gap or looking into ways to provide some tax relief for residents of the heavily owner-occupied homes in the ward Williams. It may also take the form of more mundane

“Making sure that those potholes are fixed,” Williams suggested, noting the ragged and broken roads emerging from the snowmelt.

Williams indicated he was eager to begin meeting voters to find out what is on their mind.

Clearly if Williams is to win, he’ll need to attract some of those older voters who have so far supported Concepcion. With an agenda to reengage younger resident, eyeing the retaining young talent particularly, how does he appeal to seniors? “People, despite how old you are, they want to see youth excel,” Williams said confidently.

Zooming out a bit, Williams emphasized the need to make residents feel they have a line to their government and confident that their concerns are heard.

“I want those that live in ward 5 to feel reconnected to Springfield,” he explained.