Now for Springfield’s Top Job, the Campaign according to Sal… 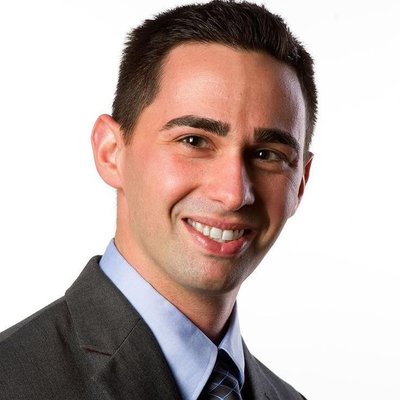 The prospect of running against an incumbent mayor apparently bolstered by a milieu of progress and strength is not deterring challengers in Springfield.

Between MGM and a flurry of largely disaster-funded construction, the conventional wisdom is that Mayor Domenic Sarno is bulletproof, but that has not calmed speculation about potential candidates, the entry of some already or the appearance of new competitors.

Salvatore Circosta, the former bakery owner who ran for City Council in 2013, is on the cusp of a mayoral run according to several sources, campaign filings and a few under-the-radar statements.

In a filing last month with the Massachusetts Office of Campaign & Political Finance, Circosta declared his intention to run for the top job in Springfield.  Circosta did not return requests for comment as of posting time.

Circosta, who has scheduled an announcement and a kickoff for next week, would join Johnnie Ray McKnight, an educator in the city who has been running for the better part of the past year. While no formal announcement has been made, Sarno has indicated he does intend to seek reelection this year.

That Circosta would challenge Sarno is not altogether surprising. The city’s politically active Italian-community—to the extent that it does not overlap with the city’s broader political machine—backed Sarno’s bid for mayor in 2007. According to some, admittedly Circosta partisans, those same people have grown disenchanted with Sarno. Perhaps to sideline Circosta, Sarno appointed Circosta to the police oversight board last year.

Circosta, a Forest Park resident, has been discussing his plans with various city political figures for several weeks now, but the clearest proof came from an unlikely source. A late February church bulletin from St. John the Evangelist, an Agawam Roman Catholic parish, bid farewell to Circosta, formerly the director of religious education. The announcement bluntly said he was running for mayor in Springfield.

A former seminarian and graduate of Commerce High School—also Sarno’s alma mater—and Providence College, Circosta built some profile after he opened his bakery in the X business district in Forest Park. Although the bakery and cafe closed after two years, Circosta had attempted to make it a center for community and civic discussion and became well known to the city’s political classes.

Consequently, Circosta had to stature on paper to credibly challenge Ward 3 Councilor Melvin Edwards in 2013. Springfield’s third ward, which encompasses the northern edge of Forest Park, the South End and the Maple Heights/Six Corner’s neighborhood was not exactly the most hospitable territory for Circosta. Nevertheless, he had gamed out a strategy focused around a broad communitarian outreach and appealing to Italian holdouts in the South End.

Edwards prevailed in a romp. At the time some backers were disappointed with Circosta’s outreach efforts. Diminished enthusiasm limited his ability to step up grassroots actions later. Early fundraising efforts seemed promising, but he only raised about $3,000 and finished out with a zero balance. Circosta planned a state rep bid last year, but ultimately begged off a run.

This time Circosta has a more polished edge at the outset. His OCPF paperwork filed now lists his Treasurer as downtown lawyer Judith Cross. Circosta has issued a call for interns on LinkedIn and a Facebook page of his sports a sleek logo.

Unlike City Council President Michael Fenton, who has been coy about his own plans, but rather like the other entrants into the race so far, Circosta’s capacity to fundraise is either unknown or limited. The same individuals that gave to his 2013 Council race might balk at investing in a bid against Sarno, who already has $80,000 in the bank.

Additionally, while holding moderate, even progressive positions on some issues, Circosta has been active in Republican circles and has expressed some conservative views that may be less than palatable in solidly Democratic Springfield. However, the city elects all municipal officials on a nonpartisan ballot, freeing up room for the Frank Freedmans, Tony Ravosas and Bruce Stebbinses of the city—Republicans all—to run for office without much hassle.

Springfield will hold a citywide preliminary in September if three or more candidates for mayor are certified by the Election Commission. The top two vote-getters of the preliminary would go on to the general election. This year’s mayoral election is only the second since the mayor’s term was extended to four years.