Analysis: Coming Soon…We Are Politico. We Are Legion… 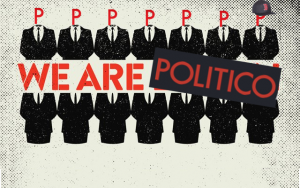 Perhaps Politico is not legion yet, but its decision to start Playbooks for other states suggests they are prepared to greatly expand their footprint well beyond the grossly over-reported national political scene. What Politico is proposing is only a start, but if successful, in states like Massachusetts it could evolve into full-fledged reporting operations.

Last week Politico announced plans to expand coverage to other states beginning with New Jersey and Florida. Politico-owned Capital New York, an outlet covering the city’s media and politics, will be renamed Politico New York. According to Capital, no date has been set for its rebranding or the state launches. Both Capital and Politico are principally online operations with nominal print products.

The announcement come as Politico’s opens up its European operation.

Since its founding in 2007, Politico has become the place where many a political junkie goes for a fix. Lately it has moved away from being a gossipy tabloid-esque venue to a sharper—and mostly substantive—news outlet. Politico for some time now “drives the day” in Washington, outflanking other politics-only trade publications and challenging The Washington Post’s primacy.

Some like Northeastern University Professor of journalism Dan Kennedy dislike Politico’s tendency to focus more on the “horserace” of politics rather than major policy questions. “Although,” Kennedy said in an email, “it’s hired a lot of smart people and may be moving away from that.”

Politico’s Massachusetts efforts would start as a roundup of major stories in politics, government and media, likely augmented by original Massachusetts stories of national salience, as its existing Florida playbook does now.

Politico’s leadership has noted bluntly that with Washington gridlocked, all the policy action is in the states. Meanwhile, the number of state house reporters has declined along with the old economic models of journalism. “If you go into some states there is almost nothing, almost nobody paying attention,” Jim VandeHei, a Politico founder, told The New York Times.

Massachusetts is lucky to have its own political wire service, the State House News Service, but still fewer reporters cover Beacon Hill than in the past. Some have remarked that The Boston Globe once had more state house reporters than all of the reporters working in the building today.

Among Western Mass media, only WWLP and Masslive/The Republican have a regular Boston presence, although the latter’s reporters officially cover the entire statewide political beat, including Beacon Hill. New England Public Radio has a relationship with WGBH through which it covers politics in Boston.

But for major political events, WMassP&I does not have a presence in Boston.

Still, Kennedy, who runs the Media Nation blog, said competition in Massachusetts is fierce, “Politico would be up against not only The Boston Globe but also other newspapers — as well as TV, radio and politically oriented websites.” Yet, it would be foolish to count Politico out. “As the folks at The Washington Post learned, Politico is aggressive and excels at setting the day’s agenda,” he observed.

Politico’s Bay State playbook would compete with the State House News Service’s Massterlist and Boston Globe reporter Josh Miller’s Happy Hour newsletter. Whom Politico would hire in Massachusetts is an immediate question, but, as it did in Florida, it may entice an active political scribe into its fold.

Other questions hang over Politico’s expansion into the commonwealth. The first is financial. Nationally, journalism has faced an economic crisis since the Recession, even as DC’s saturated market has blossomed.

Can the state’s appetite for political news sustain a Politico outpost? (WMassP&I)

Politico’s business model, both currently and for the state expansions, relies on marketing special features, events and ads to its uber-engaged readers. The tradeoff may be that Politico is less influential among the population at-large than among political operatives, reporters and elites. Privately held, Politico is not required to disclose its finances.

Were Politico to begin covering Massachusetts politics in depth, its reporting structure could be crucial. Obviously, it would include a State House bureau, but what else? With emerging statewide Boston figures like Marty Walsh and Ayanna Pressley, could The Globe have full-time company again in City Hall? Would Politico consider regional bureaus or coverage to follow other cities or regions?

Reasonably and necessarily a Politico Massachusetts would be based in Boston and the commonwealth is small enough to cover with only a base in the east. But often, I-495 and, at best, western Worcester County has been too impenetrable a barrier for statewide political media to habitually breach. 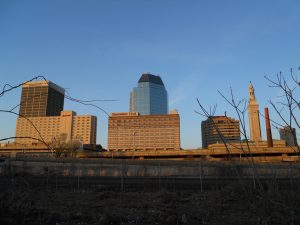 What happens here matters in ways both East and West tend to overlook. (WMassP&I)

With the Senate president, three of the State Democratic Party’s senior officers; the dean of the commonwealth’s congressional delegation; the third largest city; and a former White House aide-turned state senator here, it seems only reasonable Politico might invest time in Western Massachusetts, if not money in a local office.

As Politico expands its presence and its newsroom into states with robust political cultures, it will face similar questions about how to distribute resources and approach coverage.

With Politico eyeing the Bay State, Kennedy said its arrival could only make the political scene more interesting. “It makes sense that Politico would be interested in Massachusetts,” he added, “because we really care about politics.”