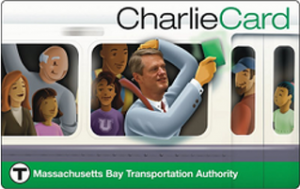 The MBTA was part of Baker’s ticket to his polling numbers. But he may also find No Exit in the end. (created via wikipedia images)

After a winter of discontent that paralyzed the commonwealth, mostly its Eastern regions, there emerged from the cocoon a most bizarre creature. Governor Charlie Baker, who scraped into office with 48.4% of the vote by a gimp 1.9% margin, now finds himself with a stratospheric springtime approval rating in the mid 70’s. Along with it comes a swell of good press and Democratic accolades, something Beacon Hill sources confirm.

But how has Baker achieved what so few, Democrat or Republican have done? The short answer is that he did not. Mother nature did. Snowstorms, which strangled Metro Boston, particularly its mass transit system, hogged his attention for much of his first 100 days, except for clearing the current fiscal year’s deficit. The legislature’s rather easy passage of the deficit plan offers part of the answer, too.

The deficit reduction plan, though building on some of Deval Patrick cuts, was largely acceptable for Beacon Hill Dems. Revenue, if not new revenue, was used and local aide was preserved. In short, Baker took the heat off the legislature to fix the deficit and in a way that offended as few people as possible.

Some agreement, but lot of critiques from Beacon Hill Dems on Baker’s MBTA plans. (WMassP&I)

The legislature also avoided blame for its role in the deficit’s existence. Among other factors, an economic development bill packed with election year goodies failed to deliver for the budget’s bottom line and instead weighed it down.

It has not been all wine and roses for Chas, and conflict shall occur both inevitably and anon. But this relative calm has animated Baker’s bump in the polls, who not only cuts a less partisan image than other new GOP governors, but isn’t being sullied by opponents lobbing criticisms at him. It has not hurt that the legislature has been busy arguing with itself.

Baker’s handling of the MBTA has also helped, though that may be fleeting. He came precarious close to blowing it when his spat between with former MBTA general manager Beverly Scott nearly went volcanic. The beleaguered, if hardly blameless GM looked sympathetic as she rattled off the system’s woes, while the “mean Charlie” of yore seemingly surfaced.

Baker’s handlers swooped in, doused the fire and were later blessed with Scott’s resignation.

The take-charge image proved helpful, especially for a gubernatorial tenure, however new, whose raison d’etre is as mysterious now as it was in November. Baker had seized the moment, made some executive decisions and promised results, while narrowly avoiding comparisons to a villain from 9 to 5.

We are seeing the limits of this Kumbaya moment in Charlie’s actual proposed MBTA fixes and, to a lesser extent, in his budget. The budget is of limited import as, ever since the world was young, the Massachusetts legislature has politely accepted the governor’s budget and placed it in a drawer (or the nearest time capsule) so that future generations may marvel at it.

Baker’s early retirement program received more scrutiny and the Senate gently hit the brakes to cap retirements. David Bernstein also panned the governor’s plot to shrink the commonwealth’s workforce as a sleight of hand, after disavowing such a culling of the state employee herd last year.

The MBTA fix is far more complex. Both the report Baker’s review panel produced and the legislation he filed have received mixed reviews from legislators and policy watchers. The Transportation Committee co-chairs, Senator Thomas McGee and Rep. William Strauss, have pushed back against some recommendations. Speaker Bob DeLeo has said sacred cows like the Pacheco Law may need to be slaughtered, but Beacon Hill Dems still have a lot to dislike.

Proposed MBTA legislation cuts over a half billion in T funding through 2020: we need rejuvenation but we are getting retrenchment. #mapoli

Cuts to much-needed expansions are hugely unpopular and some details have implied the MBTA cannot continue to provide even existing service levels. DeLeo, charmed by Baker as he is, has a lot of transit dependent constituents. Even if all-powerful in one’s district, who needs an insurrection—if a doomed one—when you can avoid it?

Negotiation with Baker is inevitable, but absent a cash-infusion to the MBTA that makes non-Boston legislators balk, almost anything to which the House and Senate agree can withstand a veto.

Baker has one more thing going for him that has made his first months acceptable. In addition to avoiding partisan warfare for now, Charlie does not seem like an empty shirt, compared to previous Mass GOP standard bearers.

The Orange Line was one of the MBTA’s hardest hit lines. More about the MBTA and its problem another time in a state political context another time. (via wikipedia)

One may disagree with what Baker’s governorship offers, but critics cannot easily color it as evil or vacuous. Shirley Leung’s latest column, which perhaps required a cold shower after being written, may go too far in the pro-Baker direction. At least he seems engaged in the job, however vexingly nebulous his agenda remains.

The battles and the certain conflicts over Baker’s line-item vetoes in the budget will take a toll on Baker’s numbers. While shelved, his budget has been criticized in many quarters, including indirectly from his own cabinet regarding the Department of Children and Families, something he made into an issue during the campaign.

Most ominously, what the MBTA giveth, it may taketh away. Chronic mismanagement is a real problem, but the system’s winter meltdown was largely mechanical. News trains are years away and tight budgets could preclude expensive short-term efforts to avoid breakdowns. Should a winter storm incapacitate the system again next year, a very different Charlie will be trapped—on a subway system he now owns.