Briefings: Could Yet Another Mayoral Candidate Arise?…

UPDATED 4/2/15 3:53PM: To reflect confirmation from Bewsee and new comments from her. 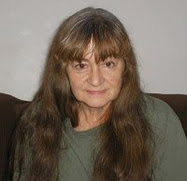 Papers were only available yesterday, but it seems a major political cycle is underway in Springfield with word that another potential candidate has dipped a toe into the mayoral pool. Arise for Social Justice Executive Director Michaelann Bewsee took out papers for mayor today, WMassP&I has learned. The Springfield Election Commission confirmed that the indefatigable local progressive icon had pulled the papers needed to begin signature gathering.

Pulling papers is not the same as declaring for office. This is not the first time Bewsee has contemplated political office and she may ultimately decide against a bid. As of posting time, Bewsee had not filed with the Massachusetts Office of Campaign & Political Finance, which is necessary to raise and spend money. Still, her profile as one of the city’s most prominent progressive activists rivals that of Sal Circosta, who announced last week, and Johnnie Ray McKnight, who began his bid last year.

In an email, Bewsee confirmed she was running, and said, “I won’t say running for mayor hasn’t crossed my mind before, but the decision to take out papers happened quickly.” She added, “We won’t have this level of dialogue about our city’s future for another four years.  I want to be a part of that dialogue.”

Yesterday a Michael Jones had also pulled papers for mayor. Incumbent Domenic Sarno was the first to pull papers for reelection.

Despite being a solidly Democratic city with a population often approving of liberal causes, the left is not as visible or organized in Springfield as in other Massachusetts cities of its size. Until recently, many of the city’s prominent social justice figures were best known for one issue like civil rights or housing. Arise and Bewsee have been active in those causes and many more, contributing heavily to recent debates on police brutality and biomass.

If three or more candidates qualify for the ballot, a preliminary election in September will narrow the field to two candidates for the general election on November 3.