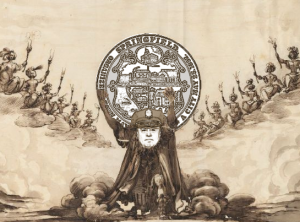 Crime, its perception and police-community relations are among Springfield’s–and Barbieri’s–biggest burdens. (created via Atlas Wikimedia and city images)

SPRINGFIELD—In a lavish ceremony last year featuring city vehicles festooned with flags and all the pomp and circumstance the City of Homes can muster, Springfield swore in John Barbieri as its top cop. Some observers likened it to a coronation, and Barbieri, possessing a humble mien, probably would have been cool with a simple ceremony at the department’s Pearl Street headquarters.

Whether all of that was a show or intended to mark a turning point was hardly clear then, but such an entrance did underscore the immense responsibility laid upon Barbieri’s shoulders. Crime is among Springfield’s biggest problems, but tackling it requires solving another intractable problem: rebuilding trust between Springfield’s Finest and the city’s minority communities.

Eleven months after taking command, a community forum at the Rebecca Johnson School in Mason Square, the point at which of several traditionally black Springfield converge, became a reminder of the enormity of that task.

This event had been planned for some time, but Freddie Gray’s death and the succeeding unrest cast a shadow long enough to travel the 300 miles separating Springfield and Baltimore. Prosecutors announced today six Baltimore officers would be charged in connection with Gray’s death.

Rebecca Johnson’s cornerstone was laid in 1992, but the school still seems bright and new. The area hosts some of the city’s most opulent and historic homes, yet vacant or dilapidated buildings dot adjacent streets gripped by poverty and crime.

Into this milieu and Barbieri came to discuss the department, but also listen to the concerns of the largely black audience. Wielding empathy and a command of self-deprecation, Barbieri walked a fine line. He politely demurred to comment on Baltimore or Ferguson. Firm in his defense of his officers and police generally, Barbieri assured he would reign in wayward cops or, if necessary, bring them to justice.

Recalling his own youth, he said he had encounters with the police, but they usually just brought him home. “I was more afraid of mom than the police,” Barbieri said prompting laughter.

But there was tension, too. A man Masslive identified as Stacey Green recalled, in the context of Baltimore, a Keith Mercer who was allegedly beaten by Springfield Police in 2012. Barbieri did not recall the case, but said he would look into it.

In a later outburst, Green declared that Baltimore and Ferguson were relevant nationwide, which prompted as minor fracas. Before Green was escorted out, Barbieri kept calm, perhaps employing the de-escalation training he said his officers are supposed to employ.

Jynai McDonald, an organizer of Wednesday’s forum, said Green’s emotion was justified, if expressed poorly, pointing to Barbieri’s greatest burdens. He took over a department with troubling episodes in its history that have left a perception of mistreatment—or perhaps worse, neglect—among Springfield’s minorities communities.

Springfield has settled some expensive civil rights suits this past year, including one involving the 2009 death of a black teenager.

Barbieri alluded to the difficulty in achieving progress, such as on cameras and residency for cops, amid budget crises that have rocked the city. Such policies are set during union negotiations, but decades of fiscal instability have complicated that process.

Within and probably outside the department, past police leadership like Fitchet and Paula Meara have been called polarizing. Some say Fitichet’s mixed legacy failed to dam up the politics seeping in from City Hall, while department morale plummeted.

However, the challenge of striking the right chord on police-community relations may dwarf Pearl Street’s problems. Mayor Domenic Sarno’s sporadic “tough on crime” rhetoric, which never gets tough enough it seems, could antagonize communities that already feel they live under occupation—something Barbieri said he wants to avoid.

Many, especially black residents, question having the commissioner, rather than the civilian review board, impose police discipline. Nevertheless, Barbieri said he and Fitchet always followed or exceeded the board’s recommendations for punishment.

While Barbieri argued annual police complaints (100) pale in comparison to the number of calls for service (186,000) and arrests (5000), he urged residents to report bad behavior. Responding to a question, he noted complaints can be filed at community centers if residents are uncomfortable going to Pearl Street.

Despite rigorous hiring practices, bad eggs do become as cops, Barbieri conceded. Having served internal affairs, he takes it seriously. “I have arrested police officers,” he affirmed.

Questions of force proved problematic. One resident suggested officers go unarmed at times, but while receptive, Barbieri said the “appalling” amount of weapons makes that impractical now. He assured officers are trained to adhere to Massachusetts strict guidelines on force.

Perceptions about police violence toward minorities, however, did frustrate Barbieri. Noting that on average two cops are killed weekly in the US, he referenced, with a touch of emotion, Officer Kevin Ambrose, murdered in 2012 while intervening in a domestic dispute to protect “a woman of color.”

That stat faces the grimmer number of civilians killed in police altercations, on which little comprehensive data exists. A crowd-sourced list of all such deaths—regardless of justification and race—compiled on Wikipedia puts the figure at 630 in 2014 compared to 127 police line of duty deaths according to odmp.org.

Perhaps bolstering Barbieri’s credibility the most was his frank admission that correcting underlying societal problems are beyond the police alone. Indeed, one woman in the crowd called on attendees to hold politicians, ministers and community leaders to account for change and not just the police.

The burden, especially in context of events nationwide, should not fall only on Barbieri, yet on some level it has. Wednesday night he seemed to be trying to carry it, or at least trying harder than some city officials do.

“We’re not law enforcement officers,” he said early on in the evening. “We’re public service officers.”