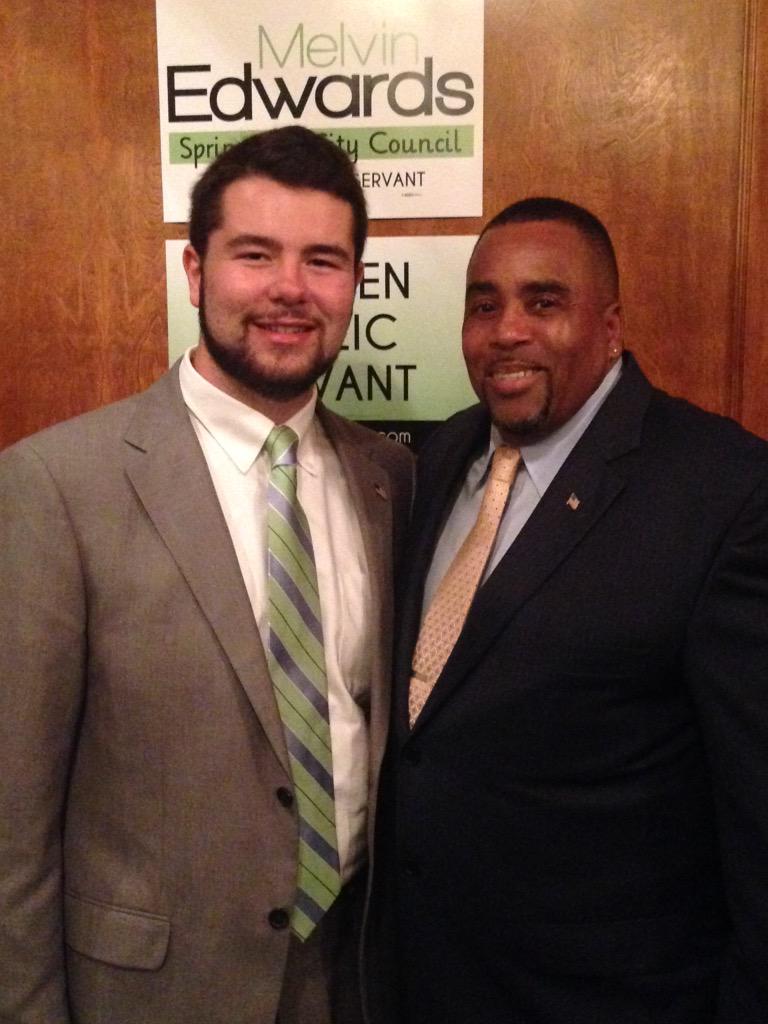 SPRINGFIELD—Entering another competitive election for his seat in Ward 3, Councilor Melvin Edwards formally touched off his bid to remain in office for another two years. Surrounded by supporters and friends new and old at Samuel’s in the Basketball Hall of Fame Thursday night, Edwards pitched his reelection based on improvements here and Ward 3 in particular.

“We’re having the right conversations,” Edwards told supporters, suggesting progress not just in tangible form, but in how the city discusses problems.

With his own humble air, Edwards generously acknowledged others’ role in his past successes. Edwards spread recognition around to Council colleagues, Michaelann Bewsee—whose activism greatly contributed to the reintroduction of ward representation—and his wife, Suzanne.

The feelings were mutual. Council President Michael Fenton, before turning the spotlight over to Edwards, told him, “I am honored to be supporting you.”

During an interview with WMassP&I, Edwards laid out highlights from this term including the rebuilding process in the ward following the tornado, the opening of the new Brookings school and the new casino ethics ordinance. City Hall is also paying better attention to Ward 3. Roughly wedged between downtown and the “X” in Forest Park, Ward 3 includes the South End and the Maple-High/Six Corners area. By some measures it is one of the city’s poorest and over the years residents have complained delivery of city services there lags behind other sections of Springfield.

“Are there things we need to improve on? Of course!” Edwards added.

Thus far, Yolanda Cancel, an activist in the city with a prominent social media presence, is Edwards’s only opponent. It remains to be seen what threat she will pose to the three term councilor.

Although he trounced council opponents in 2009 and 2013 (having been unopposed in 2011), Edwards has been less successful seeking other offices. His bid to oust Senator James Welch in 2012 and secure the 10th Hampden Democratic nomination in 2014 came up short. Within Ward 3, however, Edwards’s tenure and his leadership on boards and neighborhood councils has generally buoyed his popularity.

Still he said he is taking nothing for granted. Nor is he running any differently with Cancel in the race. “I run for the seat, Edwards said as opposed to against anybody. “I want to be judged for what I do.”