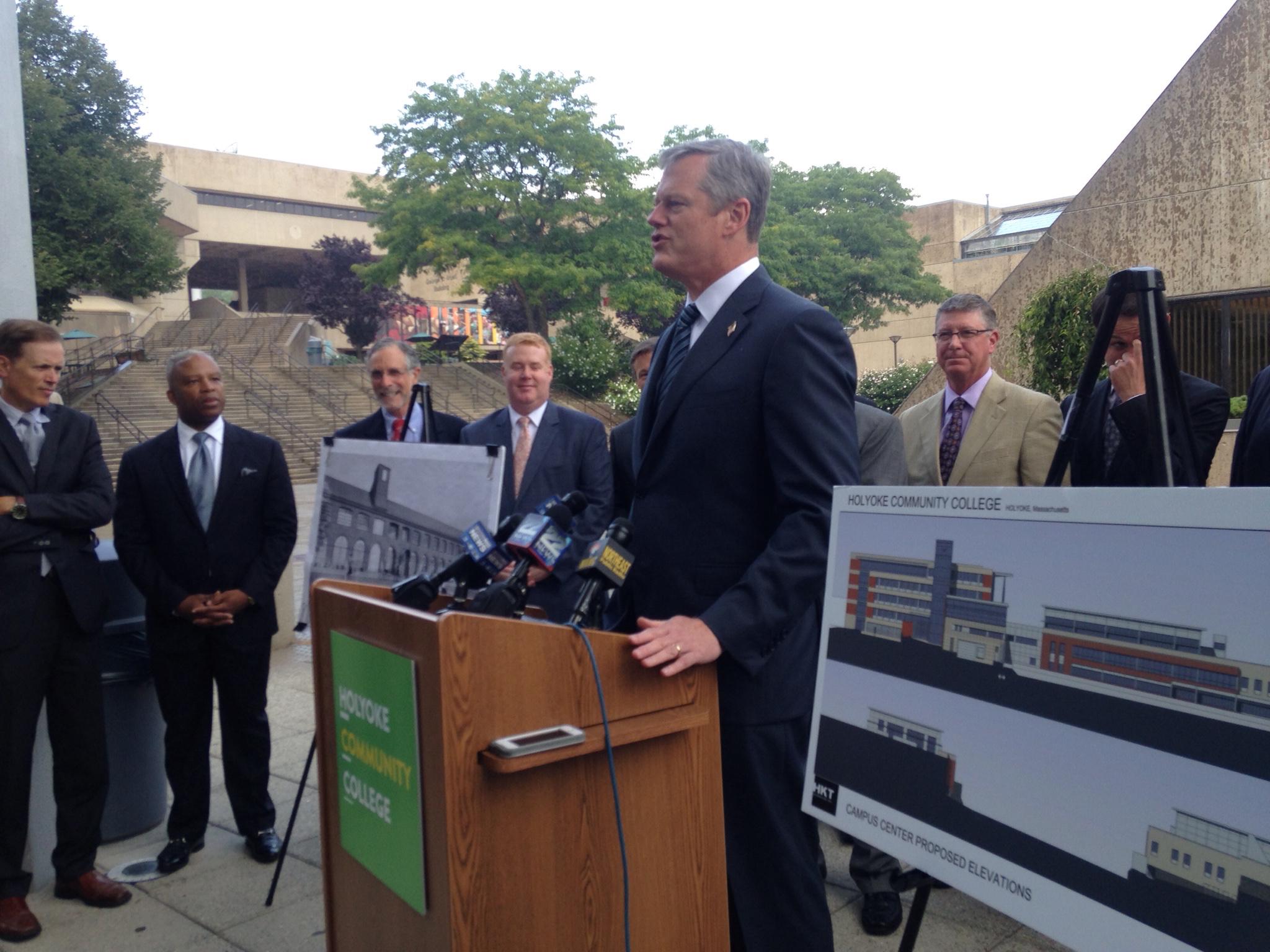 Only a week after facing some criticism for his scarce presence in the 413, Governor Charlie Baker paid Western Massachusetts a visit to tour area community colleges and announce grants to upgrade their facilities. Baker appeared at Holyoke Community College alongside legislators, Mayor Alex Morse and education, labor and community development officials to announce $5.5 million for HCC and Springfield Technical Community College’s aging buildings.

Although Baker’s lieutenant governor, Karyn Polito, has made more forays west as the face of the administration’s designated municipal outreach, the governor himself has lagged behind his predecessor for Western Massachusetts travels. New England Public Radio reported former Governor Deval Patrick attended 30 events here during the first eight months of 2014, far more than Baker has since taking office in January.

Even from a raw political perspective, the dearth of Baker visits is odd. Hampden County, despite Holyoke and Springfield voting for Martha Coakley, delivered a quarter of Baker’s margin of victory.

Already, some area Republicans have privately grumbled about how individuals with little activism or history with the party have some of the best access to the Baker administration.

In Baker’s defense, Patrick owned a home in Berkshire County and Patrick’s more frequent appearances were often on weekends. Still, Baker’s spare outings west have not gone unnoticed, contributing to feelings that the state neglects the region. Baker last came to Western Massachusetts for the funeral of Marine Gunnery Sgt Thomas Sullivan, who was slain in the Chattanooga recruiting office attack.

The governor’s office had told NEPR that Baker had plans to come to the area in September, therefore something must have opened up in his schedule for him to slip out of Boston and visit the 413 for a quickie. Either that or time was explicitly set aside for this trip since last week.