Analysis: As Courts Back Biomass, Williams Feels the Heat… 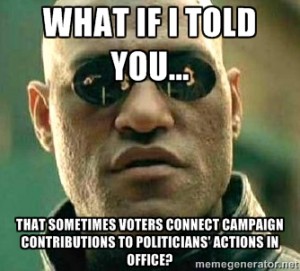 Were Springfield at-large Councilor Bud Williams to find something to blame for the rising temperature in this year’s Council election, unfortunate serendipity should come to mind. Positive headlines aside—some real, others just text belching “progress”—discontent remains afoot in the Land of Springfield, permeating its competitive races.

That restive air might not have settled over Williams but for another event. Earlier this month, the Massachusetts Appeals Court turned down an appeal filed by opponents of the proposed biomass power plant, being developed by Palmer Renewable Energy. More litigation may follow, but the much-reviled plant seems closer than ever and Williams’s support for it and campaign contributions from the developers have put the veteran councilor on the defensive.

Longtime biomass opponent and at-large council candidate Jesse Lederman condemned the ruling and excoriated the council for not scrutinizing the project enough in 2008, approving its permit on a 7-2 vote. Had there been more due diligence, Lederman implied, history may have turned out differently.

Though the Council has undergone a wholesale change since then—the introduction of ward representation—some members from that 2008 vote remain, including Williams. Complicating matters further, then-Council President Williams presided over the biomass hearing and, as Lederman noted, received more than $5000 in campaign contributions from PRE’s owners, the Callahan family.

Williams left the Council in late 2009 after an unsuccessful mayoral bid, missing key biomass votes in 2010 and 2011. After his return in 2012, he did vote to continue the biomass appeal last year, but has affirmed his support for the project in the past week.

Campaign contributions rarely move the electorate, but Williams may have reason to fear this situation could be different. Special interests, many if not all outside of the city, have had outsized influence on Springfield for years, but city voters have registered disapproval in some cases.

After frustrating attempts to modernize pawn shop regulations in 2013, at-large Councilor Jimmy Ferrera got pegged as catering to owners at residents’ expense. He lost reelection that fall.

Ferrera had other political liabilities that contributed to his defeat, but Williams has not had the best year, either. Last December he offended—or at least bewildered—the Jewish community by invoking Christ at a menorah-lighting ceremony. He compounded the problem by suggesting his remarks—which were not part of the program—were appropriate because Christ is a central figure in his faith.

All five at-large incumbents and five challengers are running, but prognosticators have deemed Williams among the more vulnerable. His gaffe last year, his reputation and Ferrera’s defeat have undermined presumptions of entrenchment. City political sources describe a more frantic Williams lobbying colleagues and other officials for support, belying his outward calm.

In July, Williams nonchalantly told WMassP&I that barring an at-large council preliminary, he would hold his kickoff for reelection later in the Fall.

After Lederman’s release, he publicly lashed out against the young challenger. On both Masslive and in radio interviews, he repeatedly accused Lederman of not having his facts straight. Unhelpfully, Masslive quoted him saying he was “not for sale.”

Nevertheless, Lederman’s computation of the Callahan family’s contributions to Williams is, if anything, conservative. Online records from the Office of Campaign & Political Finance state Williams received more than $6000 from the family since 2005, although Lederman explicitly stated he was only counting from 2008 when the permit was before the City Council. Notably the Callahans virtually stopped donating to campaigns after 2012.

Williams continued his defense on WHYN’s Adam Wright Show last week. He laid into Lederman after host Adam Wright asked a general question about the plant’s status. Williams claimed contributions from the Callahans came in over 20 years and that the permit was entirely unnecessary. PRE, Williams argued, suffered the special permit process only to codify conditions to which it had agreed.

That seems wrong, too. The recent appeals are about whether a permit is needed. Both the city law department and PRE’s attorneys have strongly implied in legal documents that the permit only became unnecessary after PRE changed its fuel from construction waste to green wood chips. That occurred well after the 2008 vote.

Williams correctly noted that other councilors’ campaigns have received PRE-linked money, but those that did collected a quarter of what Williams did.

That Williams went to such lengths to defend himself—accusing Lederman of simply “trying to make a name for himself” and attacking his youth (Lederman is 20)—shows he sees a threat. It is not unlike the antipathy he displayed toward then-candidate Justin Hurst in 2013.

What makes Williams’s fear even more significant is that he has one asset almost none of his opponents have save Councilor Timothy Rooke. Williams boasts a tremendous campaign war chest, brimming with $46,000. That puts him almost even with Mayor Domenic Sarno, who spent down his campaign funds before this month’s preliminary election.

Whether or not contributions from the Callahan family in any way influenced his vote and continued support for the project, this episode has become an invitation to review Williams’s campaign finances even more closely.