Briefings: Following Preliminary Cash across the River in Westside… 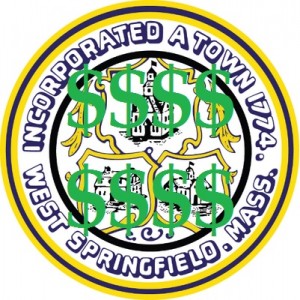 The Westside mayoral money… (created via image from Twitter/@my01089)

The race resulting from incumbent Edward Sullivan’s retirement after one term has become one 2015’s more competitive elections. Being a relatively small city—West Springfield, styled as a town though legally a city—the sums are not eye-popping. Yet the reports suggest that if Finn and Reichelt prevail Tuesday, they will enter the general election with fairly even campaign coffers.

West Springfield mayoral aspirants have spent about as much on the preliminary as their Springfield counterparts have. Excluding charitable contributions and recurring costs Finn incurs related to his duties in Boston, Westside’s race has cost about $20,000 among all three candidates.

Although Finn’s district office also doubles as his campaign office, his spending since May 1, a few days before his announcement for mayor, has reached $15,334. That is roughly double Reichelt’s spending during the same period. WMassP&I reported Reichelt’s campaign on June 3.

Neffinger has spent less than a grand, a fraction of either of his opponents. Mostly going toward staff, advertising in the town paper and trips to Staples, Neffinger’s spending reflects his meager $2000 fundraising haul.

Despite being outspent, Reichelt has almost kept pace with Finn raising money. Since May 1, Finn has raised at least $14,970 to Reichelt’s $13,213. Finn also has another $2700 in un-itemized contributions which may or may not have come in before he entered the race. Finn raised $9000 for his rep account before May 1 and carried over another $2519 from last year’s election.

Reichelt has bolstered his overall take in that window with $2241 in good or services supporters contributed in-kind, raising Reichelt’s total take to $16,097 in contributions. As a result of out-of-pocket spending, Reichelt also loaned himself $4178. Finn reported no loans to himself or in-kinds.

The comparisons between each candidate’s spending is imperfect, broadly speaking Finn’s greater spending could be attributed expenses like polling and design for campaign materials. Both had spending on stamps, ads in the West Springfield Record and food for volunteers.

Finn reported Facebook advertising as well, but Reichelt has paid the social media behemoth to boost his page’s ads, too, likely after the August 21st cutoff. As for television, Finn has produced ads said to be airing in West Springfield, although the buy must have been placed after the reporting period ended. 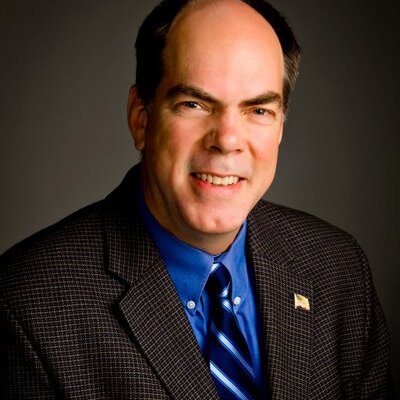 The Federal Communication Commission’s website is down for maintenance, preventing cross-referencing with local broadcasters’ license files. The Reichelt campaign confirmed it is not airing television ads.

From August 21, Finn had $6,807 cash on hand, Reichelt had $8,881 and Neffinger had $965. Were Finn and Reichelt to advance, presumably Finn could more than make up for his $2000 cash disadvantage between his years in Westside politics and contacts in Boston. Nevertheless, Reichelt’s numbers are not insubstantial for first-time candidate in small city race.