Briefings: Morse & O’Connell Will Play on to November… 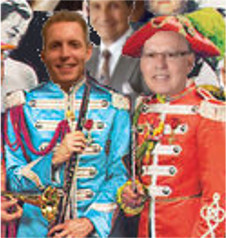 HOLYOKE—The next six weeks of the mayoral campaign here will feature incumbent Alex Morse and homecare mogul Francis “Fran” O’Connell took the top two spots in Tuesday’s preliminary. The result mirrored—depending on perspective—the results from 2013, but the data is more nuanced than that with each side set for a major battle for November 3.

Ward 2 Councilor Anthony Soto was eliminated Tuesday evening, with 1145 votes or 18% of the vote. Unofficial results show Morse led the pack with 2694 votes just short of 43%, followed by 2450 votes for O’Connell at 39%. With roughly 26% of Holyoke voters showing up at the polls, four points higher than in 2013’s preliminary. Both Morse and O’Connell won more raw votes this year than Morse and his general election challenger, Jeffrey Stanek, received in 2013’s preliminary.

About another 3000 voters are likely to turnout in November, based on past results, but that still puts a considerable amount of power in Soto’s hands. Although Soto struggled to fund his campaign and he lost his own ward to Morse, the councilor could play a role in the general election. He is widely expected to endorse O’Connell, although how that affects the race is uncertain.

About an hour after polls closed, the party was already on the wane at O’Connell’s headquarters. Some passing car horns honked while supporters inside took photos of the results posted on the wall. But despite the results that could set O’Connell for a win November 3, the tone seemed reserved.

In an interview, O’Connell had precious little to say. He was “pretty happy,” with the results, he told WMassP&I curtly. He mentioned no plans for moving forward other than soliciting Soto’s support. O’Connnell said he wants “to talk about our vision for the city of Holyoke” with his former rival. 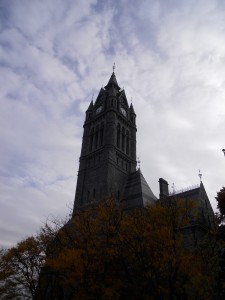 At the Morse headquarters—only a short jaunt from O’Connell’s—the mood was more festive, with food and drinks aplenty. Supporters were undaunted by the fact that Morse took a smaller share of the vote than in 2013. Most applauded the higher Latino turnout that boosted the overall number of voters.

“We’re excited about the results,” Morse said during a brief interview, highlighting how his campaign’s field operation brought out voters who, “historically don’t turnout” for preliminaries.

In assessing the campaign, Morse said his challengers have only “spread negativity and frankly lies,” whereas his campaign would “continue on a path of progress and positivity.”

Although there was some concern within the Morse camp that Soto’s campaign may have laid a foundation to move his supporters to O’Connell, Morse himself said he would working to win both Soto and O’Connell vote in November.

It remains to be seen if Morse can do that, but his campaign does have experience out-organizing the opposition. At the same time, O’Connell is in a decent starting position and has shown a willingness self-finance his run, having already loans his committee high five-figure sums.