This November: Sharks & Jets, er, Finn & Reichelt to Face off in Westside…

UPDATED 12:36pm: To reflect a correction. A quote previously referred to “hard word.” It should have been “hard work,” obviously. 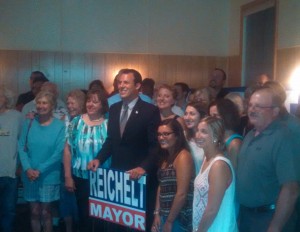 WEST SPRINGFIELD—Shocking prognosticators this side of the river, newcomer William Reichelt, the town attorney, roared to first place in the mayoral preliminary here. His victory could be a short one, however, with another 54 day slog before the November general election, plenty of time for the better-known Michael Finn, West Springfield’s state representative who placed second, to pull off a win.

Supporters at Reichelt’s election watch party at Tatham Memorial Club off of Route 20 were thrilled, but not entirely surprised by the results. Some noted he was rising early in the morning for standouts before going into work and then campaigning into the night. Others, underscoring it was a grassroots endeavor, just basked in the result.

“So happy, so pleased, so well-deserved,” supporter Marianne Moran said.

Eliminated Tuesday night was former mayor Gregory Neffinger, who earned 687 votes or 17.7% of the vote. Reichelt won 1805 votes at 46.7% of the vote followed by Finn with 1371 votes at 35.5%. Finn had always been expected to advance. Although this exact outcome was unanticipated, few assumed Reichelt was a weak contender either. In terms of fundraising, he certainly was not.

While some touted Reichelt as a non-politician, he possesses somewhat deep experience in town affairs for a 29 year-old having served on various municipal boards for years. Still, Reichelt’s camp set up a contrast to Finn, who served and led the Town Council before becoming a state rep in 2011.

“Westside is refreshed by having a candidate that is not a politician,” Michele Cabral, Reichelt’s campaign manager told WMassP&I.

Campaign volunteers poured over incoming results incoming results in a corner before announcing numbers precinct by precinct to supporters. The crowd erupted in cheers once it was clear Reichelt had placed first, followed by an even more raucous applause when the candidate arrived at about 8:30 pm. Speaking briefly he thanked Cabral, his family, and particularly his brother, his treasurer.

“I couldn’t have asked for better results than these,” Reichelt told WMassP&I. He attributed the outcome to simply, “hard work.”

Reichelt recalled thinking at the beginning of the race, Finn has “way more name recognition than I do. No one knows who I am. Let’s hit the streets, hold signs, go to every single possible event I could.”

According to Masslive, Finn has styled himself the underdog. “This, today, is just the beginning,” the website reported Finn saying at his event down the road at Sorrento’s Pizza. “We’re going to keep working, we’re going to be out there first thing in the morning, making sure that everybody understands exactly why Mike Finn should be the next mayor of this town.”

Cabral attributed the result to how Reichelt, “maintained a positive attitude and a positive campaign throughout,” perhaps implicitly bracing for a turn in the race’s tone. 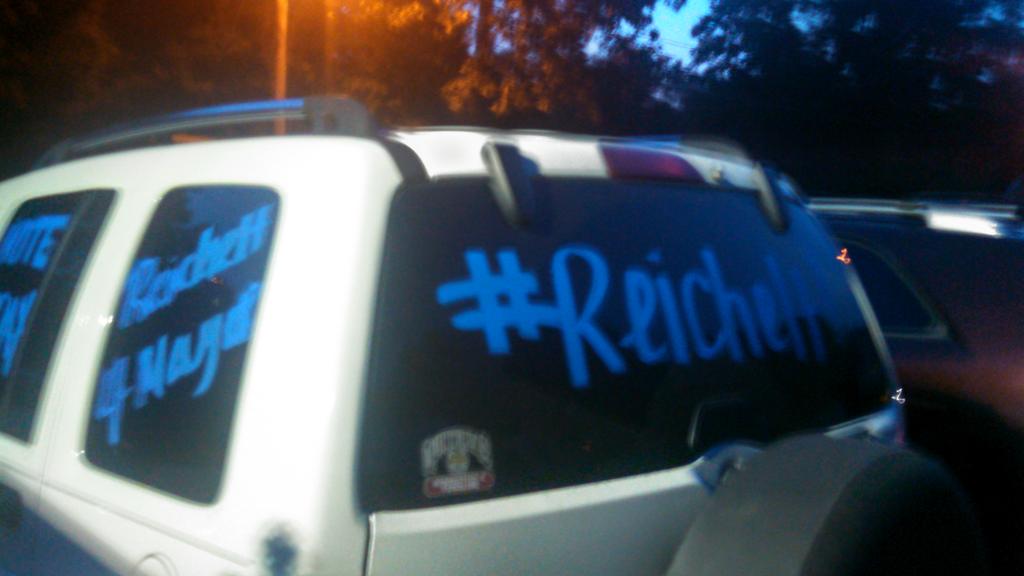 Reichelt was blunter about the next eight weeks. “I know we’re going to have work a heck of a lot harder because my opponent is going to come out swinging immediately.”

Though Finn could throw his full political weight at Reichelt, it is not a foregone conclusion that he must. Masslive reported turnout at about 25% with roughly 3850 ballots cast, but 2400 more voters turned out in 2013 general election. That alone is plenty for Finn to make up the distance.

Combined with a minor retooling of his message of experience, Finn could still easily pull off a win without sullying his largely positive image. Finn has survived tough reelections to the State House without really going negative, sometimes while facing a barrage of third-party spending himself.

Either way, it seems unlikely to change Reichelt’s strategy, “We’ll keep at it. Eight hours of day as a town attorney, even more as a candidate.” He paused. “It’s going to be fun.”