UPDATED 11:51AM: To add a second tweet relevant to our editorial. 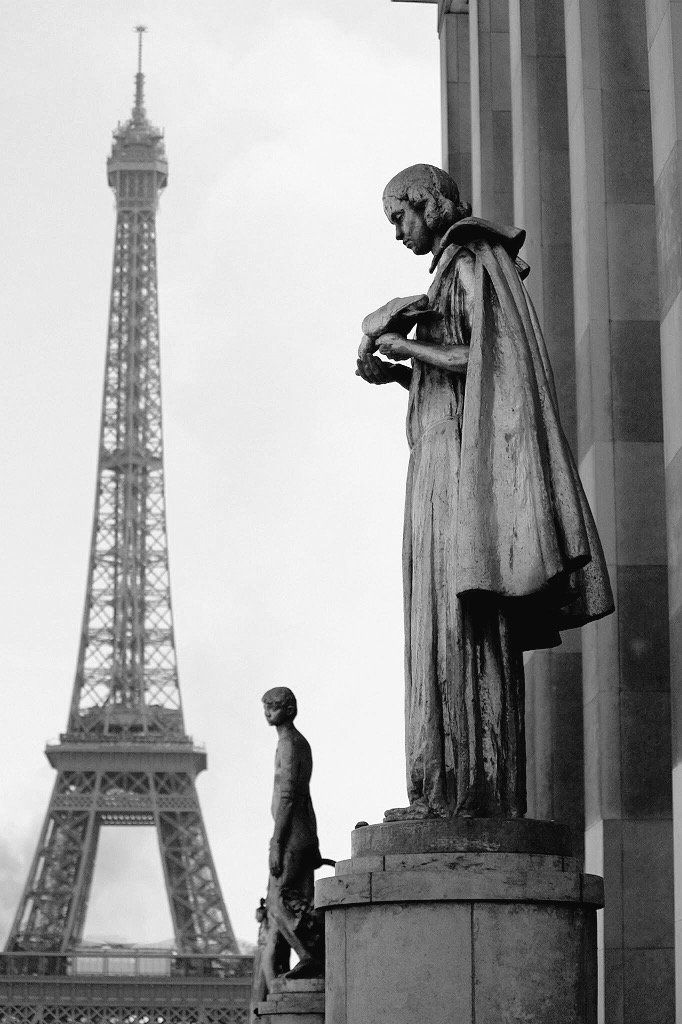 Darkness visited the City of Light Friday. The Islamic State in the Levant, or ISIL/ISIS offered a wicked response to France’s efforts in the campaign against the fundamentalist movement. Some 129 people, mostly young people enjoying a night out, were murdered in coordinated strikes launched by radicalized French citizens and perhaps someone who passed into Europe via the Syrian refugee corridor.

Less prominent, but no less tragic, ISIL claimed responsibility for attacks that killed more than 40 in Beirut hours earlier. Many victims were on their way to work.

Clearly these events demand a reply. A more forceful effort to rout ISIL is in order and a manhunt is underway for another suspect. Intelligence-gathering must be heightened and scrutiny of those on the transit routes to and from Syria must increase considerably.

What we cannot do is disown our humanity and values.

As the world stands with Paris and—as President Obama called them, our oldest ally—France (and all victims of ISIL’s terror) that we must summon our very best to counter this foe and the ugliness it would draw from us. Perhaps it has shocked the world into finding a solution to the Syrian Civil War that is the backdrop to ISIL’s rise.

Cities around the world show solidarity with #Paris with tricolour lights. https://t.co/aXwDSu1Xtl pic.twitter.com/yCOH2ajfGx

The so-called Islamic State shrouds itself in religious authority, and indeed their sick theology is based on an extreme, literalist reading of the Koran. But just as Jews do not stone defiant children and Christ did not order his followers to kill nonbelievers, the overwhelming majority of Muslims shun the wrath ISIL claims the Quran sanctions.

The gross zeal these murderers exhibit must be met with the humanity they spurn. We must not lash out our Islamic friends and neighbors or those who otherwise fit the profile or stereotype of Muslims.

This also means we cannot look away from the tide of human masses fleeing the very chaos ISIL has helped brew in Syria. Children washing ashore dead should not have been a prerequisite for action, but we certainly cannot shrink from it now.

There is a selfish, but not less valid reason humanitarian efforts must endure. To let refugees fester in camps only breeds more desperation, which in turn stokes the flames of radicalization.

The lack of a coordinated effective response to Syrain refugee crisis resulted in ISIS taking advantage of it. Can't ignore it any longer.

Of course, refugees and migrants must face far more review now. This inconvenience for refugees may add insult to injury, but to keep our hearts open, we must also protect ourselves in some way. 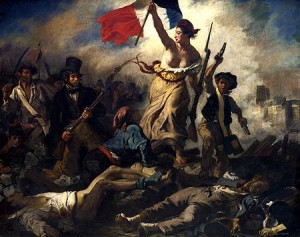 Stand firm, Marianne, but do not lose your way. (via wikipedia/Louvre Museum)

In France finding the balance falls to the never quite popular President François Hollande. We take no issue with France closing borders for now. The relationship with the Schengen zone is France’s business. However, as France pursues her assailants, Hollande must counter the racism, glib solutions and fear the far-right National Front and other xenophobes peddle.

To do any less undermines the French motto liberté, égalité, fraternité. This episode cannot be allowed to further distance France’s immigrant populations from their country and add fuel to ISIL’s fire.

We cannot neglect another aspect. Whether the US, France or elsewhere, free nations cannot trade liberty for security wholesale, especially when it doesn’t even work. The French recently upped their security state’s powers, but it could not prevent this tragedy. We believe America’s own post-9/11 swap of liberty for “security” was ineffectual and dangerous.

Vigilance is appropriate, but if we give up that which make us free, what are we really protecting?

Law enforcement needs tools to break into ISIL’s encrypted message and newer technology, but the application of these powers must be narrowly tailored. Mass data mining, overbroad surveillance and other extreme efforts do nothing but make the haystack so big, finding needles therein is impossible.

Nous sommes Paris (et Liban) today, Friday and many more days of mourning to come. But as we pause, remember, pray and reflect, the West, our oldest ally and we here in the US cannot lose ourselves.