The future of the city of Holyoke is about more than just the lives of its residents. Like our home base of Springfield, the restoration and revitalization of Holyoke is of importance to entire region as the Pioneer Valley endeavors to redefine itself and thrive well into the 21st Century. We have tried to educate ourselves on the candidates and the issues as much as possible, but in some cases we must decline to endorse. Additionally, we will not be endorsing for School Committee or Treasurer this year.

This race pits the current councilor against a former one. Juan Cruz is, per Masslive, a former city councilor, and challenging the incumbent Gladys Lebron-Martinez. Lebron-Martinez. The Lebron-Martinez we see throws herself into community service and has a reputation as a serious advocate at City Hall. Her opponent only pushes us further toward endorsing her. His Facebook page could easily be mistaken as one for homemade workout videos. He has not attended either of the citywide ward debates, which makes it all the more difficult to measure his quality. Stick with what works: Gladys Lebron-Martinez for Ward 1.

Not gonna do it. Wouldn’t be prudent. (via google image search)

This race represents one where we have, in effect throw up our hands. The seat is vacant because the incumbent, Anthony Soto, pursued an ill-fated race for mayor. Nelson Roman, an outreach and marketing specialist at a nonprofit, and Jonathan Moquin, a railroad facilities manager, are competing for this seat. During the campaign, both have clashed on policy and style. Roman has argued that the ward, heavily Latino, should have a bilingual councilor. Moquin is not, although he has put forward some very concrete goals for the ward. We would want to know much more before we could make an endorsement, here. No endorsement.

Sorry, no. (via google image search)

In Ward 3 incumbent David Bartley is facing former Historical Commission chair Bruce Mitchell. This race deserve note because the candidates were said to have toured the ward together to offer voters a chance to kick the tires. While we are somewhat familiar with Bartley, a one-time state senate candidate, we do not know much about his Council record—or at least not enough to declare he should be booted in favor of someone about whom we know even less. We must decline to endorse.

Incumbent councilor Jossie Valentin faces candidate Kurt Bordas in this particularly diverse, but politically potent ward, home to pols and candidates galore. No question, Valentin should continue to represent Ward 4. Her compassion, comprehension and responsiveness make her eminently qualified to be and remain councilor. The unfortunate part is not that she should have a challenger, but that Bordas should resort to such feckless, malodorous tactics. In a recent debate, he said his decision to withdraw and then rejoin the race was due to Valentin’s “aggressive” and “hostile” tactics. Perhaps Bordas had confused Valentin with some brute running in a different ward.

Bordas has slammed Valentin’s participation in a black lives matter march, wherein some untoward remarks were allegedly said about police officers. Shame on those who unfairly malign or threaten cops, but painting marchers with such a broad brush is as intellectually lazy as it is cynical. It is tantamount to calling all cops bigots because a tiny minority carrying the badge mistreat citizens based on their race. As we have come to expect, Valentin answered Bordas’ charge by noting her support for the police, but adding, the march was about standing in solidarity with people nationwide seeking fairness and justice. “Instead of these superficial accusations, let’s have a real, meaningful community conversation” about incarceration, criminal justice and institutional racism, she said to a deserved, raucous applause.

Luckily, Ward 4 is well-served by her now. Vote Jossie Valentin in Ward 4.

Thanks, but no thanks. (via Google image search)

A telling moment came in one debate when Ward 5 incumbent Linda Vacon could not think of a time when she did not clash with Mayor Alex Morse, except one early cordial. Her opponent Christine Burns posed the question, highlighting Vacon’s predilection for finding fault with the ground Morse walks on. However, we also admit we don’t know enough about Burns to recommend her as a replacement. Ironically, our review of Vacon’s record suggests she should not be pigeonholed even as much as she does so to herself. We make no endorsement here.

Kevin Jourdain forsook near certain reelection to pursue this seat. He faces Juan Anderson-Burgos. The seat is open due to Todd McGee’s semi-retirement (see next race). Jourdain, a 22-year incumbent, has had his controversies as Council president. Anderson-Burgos has hammered Jourdain’s dithering on and vote against funds to demolish the Essex House. Jourdain has attacked his opponent for living in Greenfield and West Springfield for two years of his life Anderson-Burgos, born and raised in Holyoke, bought a home there in 2012.  In the same breath/Facebook post, Jourdain mocked Anderson-Burgas as a “Juany-come lately.” Critics overstatedly called that racist. It is bereft of cleverness.

Even his critics cannot dismiss Jourdain’s intelligence, but it comes with boundless bombast. But should we dismiss Jourdain because he might dislocate his shoulder from too much back-patting? No, but embellishments are disconcerting. At one forum he praised himself as the deciding vote on a new police station, among his many accomplishments. There was a vote in December 1994 to authorize $2.3 million more for the Appleton Street station, above the $4.7 million authorized before he joined the Council. Eleven councilors voted in favor, one more than the required 10. Jourdain was on the prevailing side, but was he the “deciding vote”? By definition, he was not. Jourdain points to a vote earlier that year that derailed plans for another site, wherein his vote was pivotal. However, we do not believe that is the same as bringing the current site into being as Jourdain’s claim suggested last month. Nor do we believe a reasonable person would think as such. Moreover, our research indicates there was great uncertainty for weeks thereafter.

In Anderson-Burgos, Ward 6 has a compassionate alternative. He hits the right notes on reaching out to residents and building on Holyoke’s recent progress. He stepped forward when Jourdain’s previous candidate withdrew. May he show such courage on the Council. It could use a humbler, thoughtful voice and one less air horn. Vote Juan Anderson-Burgos in Ward 6.

Left open by the retirement of Gordon Alexander, a relocated Todd McGee (he moved here mid-term) and former Treasurer Jon Lumbra are seeking this sprawling district. While McGee’s sophomoric behavior was caught on tape, colleagues have praised his work on the Finance Committee. Likewise, Lumbra is widely credited with bringing the Treasurer’s office to order before taking another job earlier this year—which he initially took while still treasurer, prompting Council criticism. What ultimately moves us into Lumbra’s column is his hands-on understanding of city finances, potentially providing the the Council balance when working with the executive branch. While businesspeople serve on the Council, government is not the same. Having labored under the unique rules of government—and doing so with tangible, rather than just electoral consequences—is one of Lumbra’s true assets.

Holyoke has no residency requirement other than living in the ward on Election Day, we wonder why he did not run at-large. Running for another seat while serving one in a different district offends even our liberal stance on residency of elected officials.

McGee has had his moment. He will still have some presence in civic life—his wife is the City Clerk—but for Ward 7, we recommend Jon Lumbra.

In the at-large race, voters may select up to eight candidates, but our preferences do not fill up the full eight slots. Thus other than negative endorsements, we take no position on how voters would best use their remaining votes. Bullet voting, that is intentionally not using all votes, is an option and may could strengthen the position of those for whom one does vote.

An incumbent since 2007, Rebecca Lisi was not raised in Holyoke, but she has taken it on with abandon. Freed from the nostalgia that can sometimes shackle the homegrown, Lisi has embraced what Holyoke can be based on what she sees of it now—its architecture, history, canals and more. But she also applies that diligence and seriousness to the mundane, laborious and sometimes overwhelming tasks of the Council. Playing conductor to the symphony that is the work of the Ordinance Committee is no easy task. Lisi does it, though. Moreover, she utilizes social media and her website to stay connected and explain her positions and votes. At-large, we recommend Rebecca Lisi for reelection. 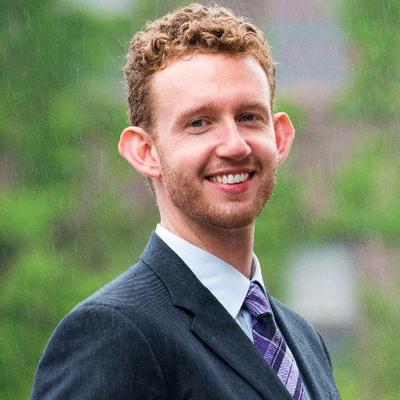 A newcomer to electoral politics, though a fixture of the scene for several years. Dry in humor and a bit serious in demeanor, Adrian Dahlin offers a younger addition to the City Council. His eagerness to take a seat at the table will be well-applied to the Council’s often voluminous agendas. Pointedly, he talks about addressing the inequity in Holyoke and while the Council may be limited in what it can do about that on its own, the less well-off communities of the Paper City can never have enough advocates. Some thinking outside the box can only benefit the city as well. Vote Adrian Dahlin for at-large Councilor.

Admittedly, we do not know too much about Joe McGiverin other than his legendarily long presidency of the City Council. While this blog does not believe in term limits, normally such lengthy tenure (dating to 1980 across both ward & at-large stints) might lead us to look elsewhere. However, what McGiverin has going for him is a touch of class. Speaking at Lisi’s reelection kickoff earlier this year, he said he did not always agree with her—the impression was that this happened often—but he wanted to see her returned to the Council. In many ways he is solidly old school, but he has an air of respect often lacking in Council chambers. Joe McGiverin for at-large councilor.

Another interesting figure running this year. What would any of our region’s city councils look like if it had a wonk? We would like to find out by seeing Mimi Panitch elected in Holyoke. A visit to her Facebook page is a policy nerd’s candy store. These are not just esoteric musings on semiotics, they are real policies and meditations on things both theoretical like urban planning and pertinent like the storm water/sewer debate. It does not matter if the practicalities and expediencies of Council meetings do not allow such a caliber of debate to happen in the council chamber. A mind at work is always welcome in our politics. We recommend Mimi Panitch for Council at-large.

Admittedly not enough has been said about the fascinating crop of challengers at-large, something to which we accept blame as well, but Anne Thalheimer is definitely one of them. Smart, generous with praise for others, in tune with Holyoke’s needs, and in the employ of the Holyoke Youth Task Force, she will make a great addition to the Council. Her emphasis on the arts, historic preservation, and making City Hall accessible are just a sampling of her priorities. Give her a turn at the wheel. Vote Anne Thalheimer for Council at-large.

We do not register an opinion beyond that. However, we urge against one candidate for reelection. 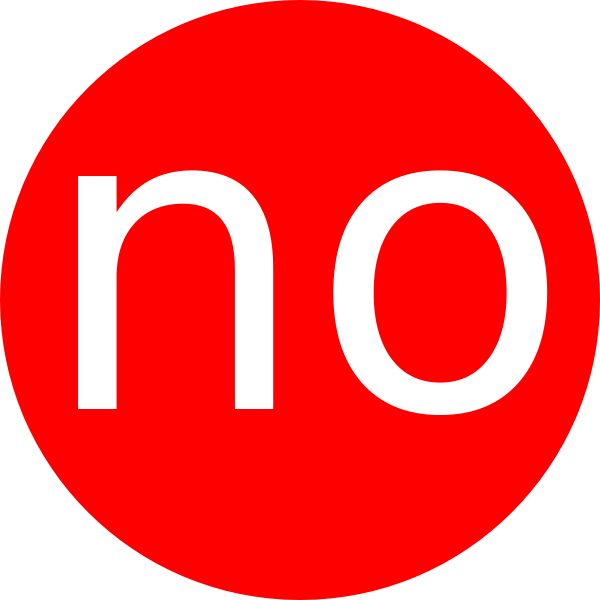 We would forgive the hot mic incident from 2013, however, another incident has arisen that greatly concerns us. Out of respect for those involved, we will not repeat the allegations of heartless behavior here, but the semi-satirical news site HUSH has the details. We just…no! Unacceptable! No matter how egalitarian and open public service in this country is, this is inexcusable. Bresnahan has had his moments, but he has also had dishonorable mentions. With rare exception, we only endorse those who are worthy of the office, not solely because their opponent is unworthy. This is an exception. We strongly discourage voters from checking off Daniel Bresnahan’s name on Election Day.