MGM’s Top Contractor Has Been under Scrutiny in New York…

UPDATED 12/16/15 4:41PM: To include reaction from the Massachusetts gaming commission and for grammar & clarity. 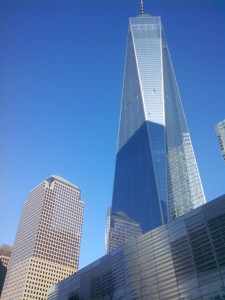 In an agreement with federal authorities in New York, the general contractor for MGM Resorts International’s planned casino in Springfield admitted to overcharging clients millions of dollars in overtime for work that was not performed. The construction giant, which has worked on the new 1 World Trade Center and the renovation of the Plaza Hotel on Manhattan’s Fifth Avenue, will pay an eight-figure sum for restitution and subject itself to greater scrutiny by federal and New York officials.

The agreement between Tishman Construction and the US Attorney for the Eastern District of New York, announced in a December 10 release,  makes no explicit or implicit mention of MGM, though the two firms have worked together before.

Court documents suggest the overcharging ended around the time it was revealed in 2009, two years before expanded gaming was legalized in Massachusetts. Still, it may complicate MGM’s public image, which has already suffered damage following changes to its Springfield facility’s design.

Tishman, which is a massive player in New York’s development community, beat out other major construction players like Boston-based Suffolk Construction to win the rights to manage construction of MGM Springfield.

The agreement was first reported by Reuters last week.

The release describes the overbilling scheme as a mix of adding an hour or two to each day, adding overtime hours and allowing workers taking sick and vacation days while thems as working. These incorrect timesheets were forwarded to clients for payment over a period from 1999 to 2009. The employees who benefited appear to have been foremen within the masonry trades.

Projects affected included the World Trade Center’s PATH station, the Jacob Javits Center, the Aqueduct casino in addition to the Trade Center itself and the Plaza.

A spokesperson for Tishman said last week the company had fully cooperated with investigators and emphasized that it pocketed none of the overcharges. Rather it passed those funds on to employees.

In addition to overhauling its accounting practices, Tishman agreed to pay $20 million in restitution and fees. Roughly three quarters will go to the government with the remainder going to Tishman’s clients. Prosecutors agreed to defer prosecution of Tishman, but the agreement makes clear another incident could land them back in court.

Given the unique circumstances of Tishman’s situation and that it was merely one of several mega-contractors engaged in fraud uncovered by federal prosecutors, it is difficult to know what if anything this says about MGM Springfield.

Nor was it immediately clear what experience Tishman has had in the Springfield area outside MGM. The region and Springfield City Hall in particular have been the subject of rumors about fraud and cronyism in public contracting for years. No rumor has been substantiated beyond innuendo, but this agreement suggests that authorities will be scrutinizing Tishman that much more closely in general.

Scrutiny of MGM itself and its agents’ actions is nothing new. One of its chief advocates, Attorney Frank Fitzgerald, has—legally—raised money for Mayor Domenic Sarno, though Sarno’s campaign was required to reimburse Fitzgerald for some fundraising expenses.

Tishman’s legal troubles may prompt it to engage subcontractors in Springfield with added care to avoid legal and political landmines while maintaining MGM’s promises of a diverse workforce and labor friendliness.

Masslive reported that Tishman had put in 4,032 hours into MGM Springfield according to filings with the Massachusetts Gaming Commission.

A spokesperson for MGM did not immediately return request for comment. Wednesday afternoon, Elaine Driscoll, the gaming commission’s communications director, told WMassP&I that Tishman Construction has a temporary license for gaming-related activities.

“Our Investigations and Enforcement Bureau is currently conducting a rigorous review of this matter and upon conclusion will determine next steps,” Driscoll emailed.

This is a developing story. More details will be made available as we get them.Zeetex HP103керамическая блинницахочу оформить кредитную карту кукурузакредит наличными 50000 грнвзять кредит теле 2кредит в м видео отзывы