The Primary Numbers: “D” Nomination for Leader of the Free World… 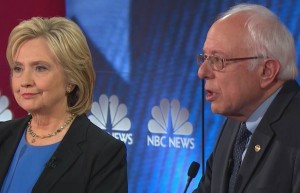 Which one? (via nbcnews.com)

America dwells in an age of doubt. Though the recession’s deepest wounds have healed, its scars still disfigure the American psyche. Older workers’ jobs vanished, replaced, if at all, with lower-paying work. College grads can only find menial employment. President Barack Obama made tremendous progress made on civil rights, the environment and rebuilding the economy. But that work is not done.

Navigating a changing economy, a perilous world and a restive American spirit will be a Herculean effort for the next president. It will take empathy, wisdom, savvy and level-headedness. The selection process requires no less from voters.

On the Democratic side, that leader is Hillary Clinton. 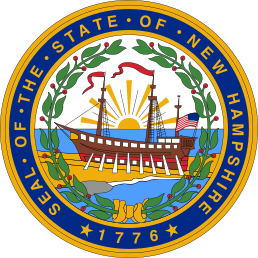 New Hampshire’s Primary is the nations first. (via wikipedia)

The race is down to former Secretary of State Hillary Clinton and Vermont Senator Bernie Sanders. On March 1, Super Tuesday, our commonwealth casts its primary ballots.

Selecting the proper nominee to compete in November challenges people not only to vote, but to contemplate and think beyond the hype. To borrow from John F. Kennedy, in this election, we must make certain choices even though they are hard.

It would seem that in a time of uncertainty, particularly for the young crowds hording Sanders’s events, that the idea of a revolution to overturn the current regime (through the ballot box) is the solution. Vote for Sanders and our doubts will be dispelled. This is the easy choice. 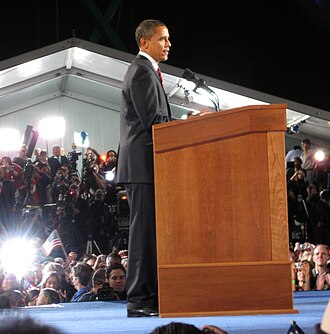 Barack Obama on Election night 2008. A candidate and his vision are not enough. (via wikipedia)

But the lesson of history, very recently as with President Obama’s sweeping 2008 victory, is that even a revolutionary president, however great his or her promise, may not be enough. Sanders would start with an even greater disadvantages including a likely Republican House whose districts insulate the GOP from his teeming masses.

Our position is not mere pragmatism. Though both shifted on issues over time, Clinton is the superior candidate on the issues. Clinton does or did support things contrary to our beliefs like the death penalty. Though on issues like marriage equality, we had to evolve, too. But Sanders is not without his inconsistencies. He once backed the gun industry and touted votes on now-reviled tough-on-crime bills.

On healthcare, we concur with Clinton that the best option is to build on the Affordable Care Act rather than ripping the scab off that wound and installing single-payer. Our skepticism is not new. As a gubernatorial candidate, Dr. Donald Berwick’s pitch for single-payer left us unconvinced.

On Wall Street, Sanders rightly underscores the banks’ greed and misdeeds. But his solutions are glib. His bill to break up the banks has no cosponsors—not even Elizabeth Warren—and misses the broader point. The entire sector—and many others—needs better supervision period. Clinton’s proposals work toward this goal, while attempting to empower smaller institutions so they can invest in their communities.

Clinton has shown a much clearer appreciation for racial and social justice issues. Perhaps because she has seen the arc of these problems, Clinton has adroitly targeted guns, criminal justice reform, police-community relations and environmental justice. The attention she has brought to Flint, Michigan’s water poisoning is merely a high-profile example of her commitment.

The people I spoke to in Flint didn't care why Hillary Clinton came, they were just incredibly grateful she did. https://t.co/U18ugVVX9O

Both candidates decry Citizens United and have promised to appoint Supreme Court justices to overturn it. But Sanders’s impugning Clinton as part of this corrupt system misses key facts. Clinton voted for the McCain-Feingold reforms the Supreme Court gutted. Her having a SuperPAC, which has largely not attacked him, reflects a refusal to unilaterally disarm—and likely lose to Republicans. 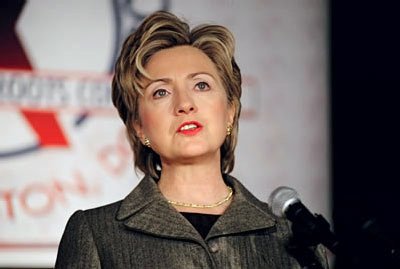 Clinton as a US Senator in 2005 (via wikipedia)

On foreign policy, Clinton has the upper hand. Beyond the Iraq War vote in 2002—Clinton in favor and Sanders against—there are not dramatic differences. Clinton is more hawkish generally, but on drones, interventionism and the Israeli occupation of the West Bank, Sanders is not telegraphing dramatic shifts.

Sanders has belabored his judgment on Iraq, but Clinton rightly noted that says little about how he would approach foreign affairs today. She shows a particular command of them. This is an essential part of the job. Other presidents, including Clinton’s husband, came into office with less experience, but Sanders’s almost startling disinterest in foreign affairs will become Republican fodder.

But this race runs deeper than the issues themselves. Some have framed it as a battle between the head and the heart. True, Clinton is arguing—and we agree—that she is more electable and more able to press the progressive agenda (and has). True, Sanders is appealing to the passion and emotions of the young and the Democratic left. We understand, respect and, to a point, even praise it.

We argue that Clinton is also appealing to the heart, too. In a recent article, Clinton revived an old theme of hers: treating each other better. However skeptical they are of her, this mirrors Millennials and their moral compass. Her answers about faith and humility are quite compelling.

We recognize Clinton’s faults. She may be wise enough to grow and evolve on issues, but when under attack, she takes too long to admit errors, as with the emails. Her explanations about her relationship to financial interests were, at best, poorly executed, despite her good record.

Quoting Inception, “positive emotion trumps negative emotion.” Though Sanders’s attack on moneyed interests is correct, it relies on anger, however reasonable. Democrats and the left rarely make progress this way. The GOP built its modern success by stoking and cultivating anger.

Unlike those who stoked popular anger 36 years ago, we believe Sanders has the best of intentions. But anger is a dangerous political weapon, one the right has wielded far more effectively. (via wikipedia)

At the dawn of the Reagan era, America made a fateful turn. Egged on by rapid changes in the economy, changing social norms, racially tinged resentment and plentiful scapegoats, America lurched rightward. Its leader did so smiling, but make no mistake, it was fueled by the worst of human emotion.

Now the generation born during and after that period—as well as others—can rectify it. Shall we pick a president appealing to the best of us and has the savvy to actually make a difference in our lives here and around the globe? Or shall we let the anger and resentment, however well-intentioned, conquer us again?

Moneyed interests have played and won on the latter for years.

We understand the fear. We understand the frustration. Your editor-in-chief, a Millennial, knows this personally. For many young Americans, to have worked so hard and get little reward is demoralizing. It makes Sanders’s siren song of free college, “free” healthcare and hefty taxes on the rich so appealing. It may even be just.

But therein may lie its own undoing. Rather than bolstering the frayed social contract, that path risks becoming an echo of the 80’s, self-indulgent and self-obsessed—exactly how many Millennials are (unfairly) portrayed today.

This is the best story about @HillaryClinton I've ever read. Here's to love and kindness in 2016:https://t.co/UL6jxGwv18

We share an affection for Sanders. He is authentic. His campaign is not. Innuendo about Clinton’s improprieties and falsely implying endorsements are bad signs. We do not ascribe sexism to Sanders personally, but his zeal and narrow focus can bring out an unattractive superiority ill-suited for the White House.

In Clinton we have the proper mix of head and heart. Possessing a broad, erudite mind, record of accomplishment and finesse to push forward progress, she has the compassion to right injustices from Flint to our campaign finance system to tax giveaways to the rich.

The challenge of this cycle is to rise to this moment, not succumb to it.

This moment calls for Hillary Clinton.