Still fiscal clouds and overcast in Springfield, but things have been improving…so far. (WMassP&I)

Budget release day in Springfield has been less of a somber affair in recent years. During five years of Control Board rule followed by the economic crisis beginning in 2008, doing more with far less was a constant and self-defeating, if unavoidable refrain in the City of Homes. However, the release of the FY 2017 budget, which begins July 1, continued what had been a string of sunnier budgets in recent year.

Mayor Domenic Sarno and his staff released the document today with some fanfare. The proposed budget includes actual growth in the Police Department’s ranks and hiring of new inspectors to review projects like the Page Boulevard railcar plant and MGM. Representing a $20 million increase over last year’s proposed budget, it also provides calm amid disconcerting waves in the city’s economy.

The $616.8 million spending plan represents a dramatic increases in city appropriations. The current budget FY 2016, as proposed, clocked in at $594.9 million, although it is projected to hit $605 million per Comptroller’s Office documents. Moreover, Chief Administrative & Financial Officer Timothy Plante told WMassP&I the School Department enjoyed a $15 million spike this year’s financed by the state this year.

Still, previous fiscal years featured minute increases, if that, forcing many departments to absorb inflation and diversions to pension and healthcare liabilities on flat revenue and spending. 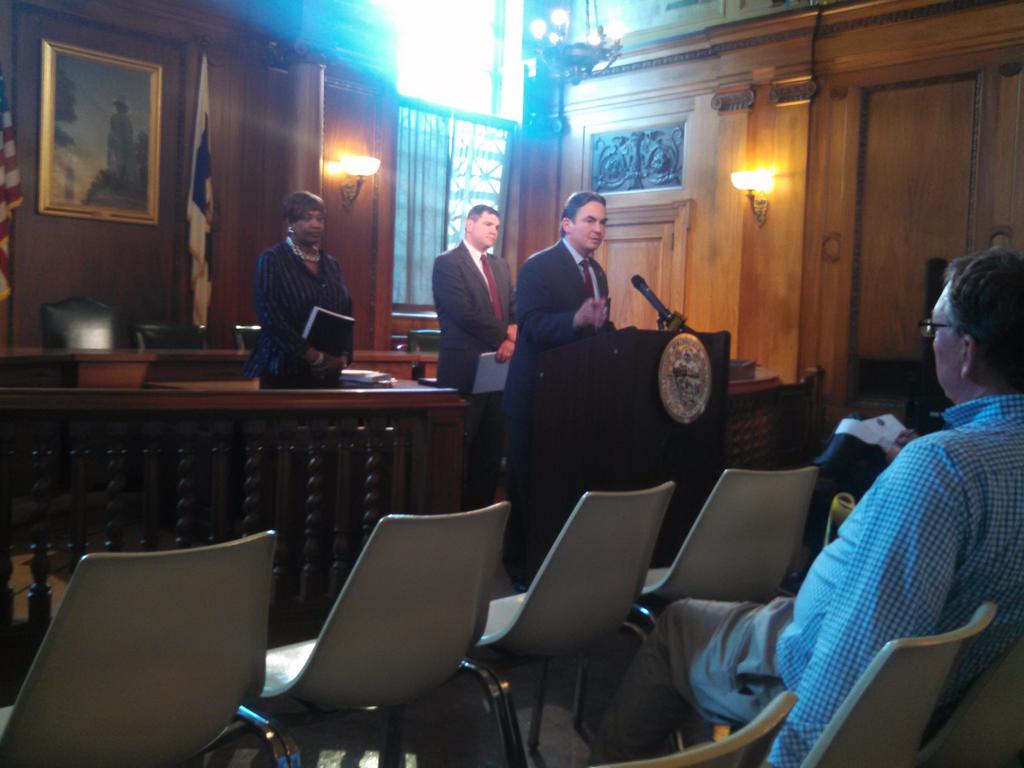 Among the increases Sarno touted were 60 additional police officers, which after retirements and other departures, will result in a net increase of 20 cops. Three inspectors in Code Enforcement will be added and the Housing department overtime budget will grow to fund weekend compliance checks.

Other services were described as unchanged, although the full spending document was unavailable as of posting time making side-by-side comparisons to the current fiscal year difficult. Libraries were absent from bullet points released by Sarno’s office, although services were level-funded, Plante confirmed.

Some investments could offer a direct return for the city, too. “We’re going to hire a commercial appraiser to focus solely on commercial property values on those properties,” which could help tax revenue, Plante said in a phone interview.

Rising property values contribute to the better financial picture, although funds from the host community agreement with MGM  and its building permits, one-time funds, helped balance the budget. Reserves were not used. Additionally, unrestricted local aid from Beacon Hill has been stable, which also helped make this and other recent spending plans less fraught.

While the House and Senate often take months to agree to state spending, the legislature has, of late, agreed on local aid in advance. That and the effectiveness of the city Finance Department has facilitated Sarno’s increasingly early budget releases. While April seems especially early, the large window between now and July 1 ensures the Council can take full advantage of its statutory review period.

Pre-Control Board, budgets were known to be released mere weeks before they began.

The Council, somewhat emboldened after its action on residency, will scrutinize the document and trim the budget a bit.  Yet, none of the budget’s headlines like police and code enforcement are likely to face much pruning.

In their court now. (WMassP&I)

Councilors will, however, almost probably question how much the budget pares down the city’s backlog of infrastructure needs and correct its underfunded pension liabilities.

Plante said mandatory pension fund contributions were laid out a few years ago. Indeed, the city’s contribution will ratchet up considerably in FY 2018 ensuring next year will be a challenging year as well.

“We’re figuring out the best solutions to get through it,” he assured.