We begin today in Britain, where the intersection of the United States and the United Kingdom has been on display in both high politics and law. Last week President Barack Obama visited the island nation which was billed by some as part of a farewell tour. He wished Queen Elizabeth II a happy 90th birthday, commenting on the admiration she enjoys around the world.

Queen Elizabeth II at a beacon lighting ceremony to celebrate her 90th birthday on April 21, 2016 in Windsor. . The Queen lit the principal beacon which set in train a series of over 1,000 beacons across the country and worldwide. . . . #Queenat90 #HerMajesty #TheQueen #ElizabethII #QueenElizabethII #HouseofWindsor #RoyalFamily #BritishMonarchy #TheBritishMonarchy #GodSaveTheQueen

Today produced this Instagram flick of the queen through the ages.

Of course, it was ultimately the next generation, indeed, the third after the queen’s, that stole the show. Prince George of Cambridge, during a dinner party his parents, the Duke & Duchess of Cambridge (Prince William and Kate), Prince Harry and the Obama had after lunching with Elizabeth.

Prince George meets The President and First Lady of the United States.

However, there were also non-royal matters of state Obama to consider. He lent his voice the Remain campaign urging the nation to stay in the European Union. (Oddsmakers say Obama’s comments made a “Brexit” less likely). After leaving Britain, the president traveled to Germany to meet with Chancellor Angela Merkel and with other European allies about confronting Daesh, also known as ISIS/ISIL, the migrant crisis and Russia, while also urging them not to be torn apart amid crisis.

In London, Sadiq Kahn, the Labour candidate for mayor, slams the Conservative Party and its nominee Zac Goldsmith for using fear and division, likening it to the campaign of Donald Trump. It may be part of the larger country’s struggles with questions of race and religion.

Chad reelects its longtime president to a fifth term.

The editor of a Bangladeshi LGBT publication was hacked to death.

The president sidelined by impeachment, Brazil’s president prepares to take the reins.

Right-wing populists continue their rally in Europe as one such figure placed first in Austria’s presidential election, setting up the possibility of snap elections before Parliament expires in 2018. The Freedom Party’s Norbert Hofer faces the Green Party’s Alexander Van der Bellen in a May 22 runoff. However, the analog in Poland, the Law & Justice Party which governs the entire country, faces challenges to its rule from past presidents.

Arrive at a Decision: 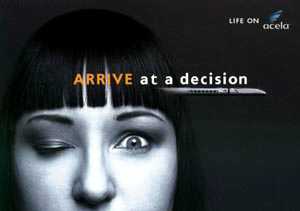 The so-called Acela Primary, consisting of Connecticut, Delaware, Maryland, Pennsylvania and Rhode Island is tomorrow. The Guardian took the eponymous train to learn about the politics therein (the primary, not the locomotive).

Polls show Hillary Clinton and Donald Trump in dominant positions in the Democratic and Republican primaries, something that gives the latter party pause. That may also be why Republican contenders Ted Cruz and John Kasich have joined forces to keep Trump from getting a majority of delegates and forcing a contested convention. However, that effort is already not doing well.

More importantly, however, the extended length of both primaries has offered sometimes overlooked states an opportunity for relevance and power in the nominating process. The New York Times looks at Rhode Island while NBC News considers Pennsylvania, namely barber shops’ efforts to boost turnout.

Our neighbor to the South also got plenty of attention including double appearances by both Clinton and Bernie Sanders as well as several appearance by Republican candidates. The Globe observes how the primary has brought renewed focus on the murders at Sandy Hook Elementary School. Some of the activist families are actively backing Clinton’s bid.

Virginia restores voting rights to 206K ex-felons who were otherwise denied the right to voter after serving their time in prison.

Elsewhere in the primary, all but mathematically eliminated, Sanders faces a conundrum: he’s too strong to simply concede, but also (almost certainly) cannot win. What to do? Sanders presses on but The Washington Post‘s Greg Sargent says the Vermonter knows he’s beat.

Senate races are also in the offing tomorrow as Democrats in Maryland and Pennsylvania pick their nominees. Maryland’s seat, open due to the retirement of longtime senator Barbara Mikulski, has become a battleground over race and gender featuring two suburban DC reps, one a white man, the other a black woman.

Pennsylvania’s contest, while also featuring a man and a woman, seems to go to the heart of who’s best to represent the party in a faceoff with incumbent Republican senator Pat Toomey. But it also seems like a referendum on Obama, per Power Post.

The State of Things:

“Mahty” in a pickle? The Boston Globe reports on federal wiretaps of Mayor Martin Walsh that its sources characterize as perilous close to union strong arming. The tapes of Walsh date to his time as head of the Greater Boston building trades umbrella organization. However, it is anything but clear that Walsh is at the center of an actual investigation or that he faces any legal consequences. Walsh certainly doesn’t seem worried, though suspects others will be indicted.

The House of Representatives readies its budget and 1300 amendments to it the body will consider.

Holyoke Councilors will hear from prospective colleagues tonight. Next month it is expected to fill the seat of Jennifer Chateauneuf, who resigned earlier this month.

The Berkshire Eagle, based in Pittsfield, has been sold to a local concern after 20 years in Denver-based MediaNews Group’s fold. The local group also bought three Vermont papers.

Another newspaper sale. The folks who bought the Berkshire Eagle also bought The Brattleboro Reformer. https://t.co/OP4rzZMqRt

Politico’s growth in Europe has been credited with pulling back the veil in Brussels, a central node in the European Union.

Gannett, which publishes USA Today and major regional dailies like The Detroit Free Press, has made an $815 million bid for Tribune Publishing, whose holdings include The Los Angeles Times, The Chicago Tribune and, closer to home, The Hartford Courant.

Springfield’s Community Access station, Focus Springfield, will broadcast a panel on environmental issues in the city.

MGM has closed on the former School Department building on State Street. It intends to use the structure to meet its commitment of housing as part of the casino project.

Questions of eminent domain hover over proposed land takings near the intersection of Allen, Central, Hickory and Walnut streets. The Council is expected to act on a related request to sell parkland tonight.

Few things define our democracy better than the ability for everybody to participate in it. While there may be an argument against allow the presently incarcerated from voting, the goal is “corrections” so that one may later rejoin society. Sadly, too many states, most with legacy of Jim Crow, have harsh rules against ex-cons voting once released. This disproportionate harms black and other minorities ex-offenders. Last week, Virginia Governor Terry McAuliffe struck a blow in favor of enfranchisement by using his executive authority to restore voting rights to 206,000 former felons. Today we award the tweet prize to the Governor and his link to his own words on the subject. While some see a narrow political calculous (to favor Democrats) here, McAuliffe also answered that saying Republicans should, too, take this opportunity to pursue these newly eligible voters.

ICYMI: @Medium In His Own Words: Governor Terry McAuliffe on Restoring the Rights of 206,000 Virginians https://t.co/qsiIYCeX7i #VARoR