Briefings: Swan Senior Set to Sail into the Sunset?…

On Tuesday, weeks of speculation about the race for the 11th Hampden House seat may come to an end. State Representative Benjamin Swan, the incumbent, has scheduled a press conference at his State Street office in Mason Square to make an undisclosed announcement. As Swan’s release said his son, Benjamin Swan, Jr., will also attend, there seems little doubt as to what Tuesday’s news will be.

Earlier this month, The Republican reported that the younger Swan had pulled papers for the House district based in the geographic center of Springfield. The Swans told the paper that they did not intend to run against each other and last week Swan, Jr. formed a campaign committee with the Office of Campaign and Political Finance. 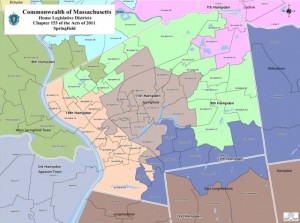 The elder Swan has held the seat since 1994 when he won it in a special election held after Raymond Jordan resigned to take a job with the federal government. Since then, Swan has faced contested races, mostly in the Democratic primary, but has dispatched nearly all challengers with ease, including at-large Councilor Bud Williams in 2002.

If Swan, Jr. is running and his father retiring, it would set in motion a plan for political succession that had only been speculative for the last few cycles. Rep Swan, 83, had been on retirement watch for the 2014 cycle, but ultimately begged off stepping down.

In fact, sources say, Swan had been keen to retire for some time, but had been reluctant to do so without an able replacement waiting in the wings. It was not that Swan was waiting for his son in particular, but other than his namesake, few others seemed positioned to be Swan’s heir.

Moreover, Swan is said to be loath to see Williams take the seat, but few individuals in the 11th Hamdpen could easily compete against Williams and his massive campaign war chest. The younger Swan, a former MassMutual systems administrator, might be better positioned than other far less-known up-and-comers, to assemble the resources needed to counter Williams’s cash advantage.

The younger Swan’s election, if it comes to pass, would mark a paradigm shift in the city’s black community. Many of the previous generation of black leaders including Swan, Jordan and Ward 4 City Councilor E. Henry Twiggs made their mark as civil rights activists. Swan Jr. and other prominent black politicos like Raymond Berry and at-large Councilor Justin Hurst are business executives and/or entrepreneurs.

In addition to the Swans and Williams, Ken Barnett and Larry Lawson have also secured a position on the Democratic primary ballot. Michael Jones, a 2015 mayoral candidate, has filed for the race as a Republican.

The Swans’ Tuesday press conference is scheduled for. 11am