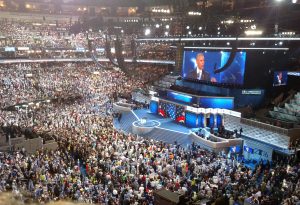 PHILADELPHIA—It was a call to arms, an appeal to the better angels of our nature, a riposte to critics and a firm defense of a rival-turned trusted colleague. But it was also a good-bye.

President Barack Obama, in perhaps his last prime-time address as president, delivered a forceful case for his legacy and Democratic presidential nominee Hillary Clinton. It was an argument in favor of an America that had changed on his watch, but not in a way that deviated from its values.

Even as he bolstered Clinton—who at the end of his speech joined Obama on stage and embraced him warmly—and deconstructed the Republican nominee brick by brick, a melancholy hovered over the arena. Hundreds of former Obama campaign staffers, White House aides and countless more supporters realized they were witnessing the bittersweet close to an arc that began over 10 years ago.

As a video introducing the president rolled, recalling the highs and lows of his presidency, there was not a dry Obamaworld eye in the house. In his speech, presented 12 years to the day after his first national convention appearance, Obama’s words urging supporters to back Clinton struck the same chord. 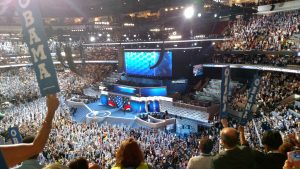 “You are the best organizers on the planet, and I am so proud of all the change that you made possible.  Time and again, you’ve picked me up. And I hope sometimes I’ve picked you up, too,” the president said to thunderous applause. “I ask you to carry her the same way you carried me,” he added.

Obama declared America, a nation that accepts all, rejects threats to its values from home or abroad and does not run out on the check—which, the president noted, Republican presidential nominee Donald Trump has—is already great. And yet this election poses a test to its democracy.

“We don’t look to be ruled,” Obama said, a direct rebuke to Trump’s declaration that only he can set things right.

Weaving in his and his wife Michelle’s family history of roots, going back to Kansan settlers and slaves respectively, Obama told his own story as he had 12 years ago in Boston. It was an artful merger of biography and aspiration that spoke to the universality of the American experience.

Guarding his legacy, from reviving the economy after the worst recession since the 1930’s to saving the American auto industry and bringing healthcare to millions, was on the president’s agenda as well. Even as he touted these achievements, Obama reminded the assembled Democratic masses the work was incomplete and Clinton was the one to finish the job. 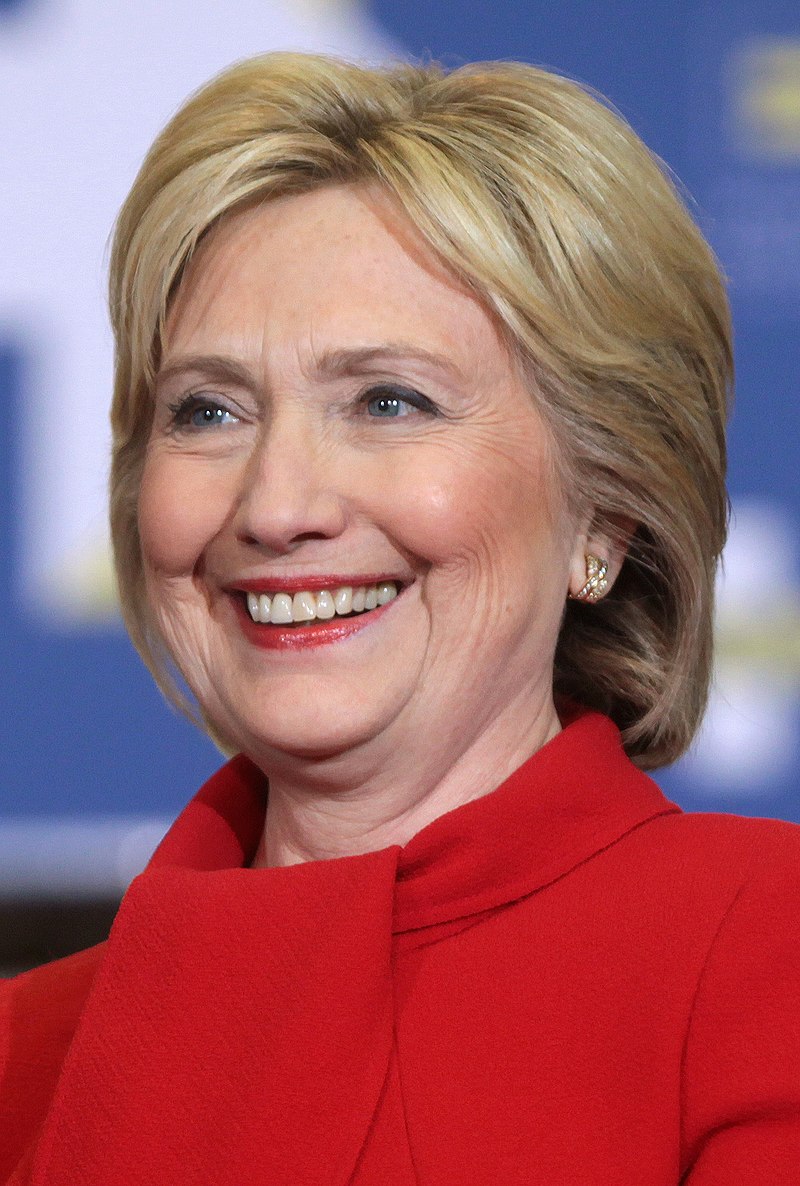 Obama passed the torch to Clinton, but also to Generation O. (via wikipedia)

With wounds from the primary still fresh, the president appealed directly to Bernie Sanders supporters, praising their passion and organization. Adopting their motto, he suggested the jobs does not finish with an election.

“We all need to get out and vote for Democrats up and down the ticket, and then hold them accountable until they get the job done. That’s right, feel the Bern!”

Acknowledging Clinton’s imperfection—a quality common to the human race—he nevertheless insisted she was their champion and perhaps had been for some time.

“Hillary Clinton is that woman in the arena. She’s been there for us, even if we haven’t always noticed,” he said.

Yet the president’s greatest legacy might be the Obama generation itself, which has matured and to whom Obama’s valedictory speech deeply resonated. Both it and the video fueled reminiscing and weltering emotions across Philadelphia and the country well into the wee hours of the morning.

Bag boys are senators. Children have been born to or are on the way for former, lowly advance staffers. Some have founded companies and others have returned to school to prepare for whatever is next.

Twenty-somethings who put their lives on hold, gambling their futures on a mid-term US Senator’s presidential run, saw the culmination of their efforts over the last eight years. Now, changed by time and service to a president, that journey nears its end. 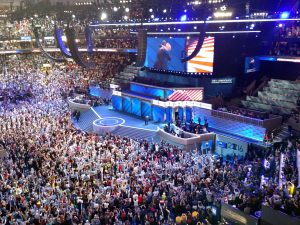 The president’s speech was clearly and firmly about passing the baton to Clinton, especially in the context of Trump’s threat to the republic. But it was also a thankful good-bye to a generation whom he inspired, fostered, from whom he drew strength and whose time to lead has come.