Which one? (WWLP screenshot via nepr.net)

Few things matter as much in elections as who is Springfield’s voice on Beacon Hill. The third largest city in the state, it has its share of reps and senators, but the quality has varied. Today, we may be experiencing a high(er) watermark of enthusiasm and savvy to ensure our needs are properly met. It is essential we add to this.

The 11th Hampden District is open due to Benjamin Swan’s retirement. Only Democrats have filed leaving a contested between newcomer Kenneth Barnett, perennial candidate Larry Lawson, Springfield Planning Board Chair Benjamin Swan, Jr and at-large City Councilor Bud Williams. Of these all, have their virtues, but in our judgment, Benjamin Swan, Jr. is best to joins the ranks of Springfield’s reps in Boston.

The 11th Hampden consists of the McKnight, the Old & Upper Hills as well as slivers of East Forest Park, East Springfield, Forest Park and Pine Point. 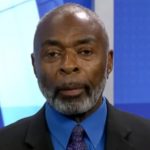 Larry Lawson (via still from Youtube/WWLP)

Barnett and Lawson both offer something a little different from the retiring Swan, only the second person to hold the seat in the last forty years. Barnett, a former leader in his neighborhood association is a fresh face in an area of the city suffering from a deficit of them. Lawson has shown deep concern for his community.

Williams is challenging to evaluate. No other city resident has held office quite as long as he. Some currently serving go back longer, but with long breaks in between. Williams argues he will bring his advocacy to Boston and work it on Springfield’s behalf.

In nearly six years of reporting on Springfield and the City Council, we have learned much about Bud Williams. It is not all bad. The good is a passion and a doggedness. However, it often seems in service to publicity. Sometimes, attention to a problem can solve it. Other times that is merely an illusion.

That would appear to be Williams’s strategy when he stands in front of signs promising the city’s new senior center. But in fact, the project was widely supported by councilors and principally championed by former Councilor Clodo Concepcion—whom Williams’s nephew defeated. It became possible, not because of Williams, but because the city received millions in tornado recovery dollars.

There is little else in the way of accomplishments on which he can rightly hang his hat. A review of council records going back to 2010 show few items he originally sponsored. On issues he has flip-flopped on residency (over the course of 20 years) and pawn shops. Williams’s promise of jobs is tempting, but nebulous. And how successful has this promise, made regularly with every election, been on the Council? Credit the railcar plant, for example, goes to former Governor Deval Patrick’s administration, not the councilor.

This attention-grabbing shall not endear Williams to Beacon Hill. The institution will not be persuaded by fulminating about state neglect toward Springfield, especially if he marshals anecdotes—rather than facts—as proof. 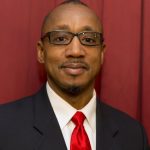 Swan Jr. offers both a broader experience and the demeanor that will fit well with our current crop of representatives. With so little seniority in the House delegation, save Angelo Puppolo, we need a rep who can offer something unique.

Swan has worked for the city’s most famous companies—Smith & Wesson & MassMutual. He can bring an insider’s view and understanding of the region’s business needs. Swan serves as the chairman of the Planning Board. He can offer a technical view of local zoning and planning. Swan has chaired the McKnight neighborhood Council and some have credited him with its revival. He can bring that granular perspective of local needs and the impact of engaged neighbors to the legislature.

In short, Swan has a number of experiences and qualifications that will complement both our city’s delegation and the legislature as a whole. He has actually released a full-fledged, intelligible platform hitting subjects from early education to environmental justice and community healthcare. But he also shows interest in perhaps off-beat, but intriguing ideas like investment in urban farming.

Bookish and understated, he is not his father. However, the younger Swan has said unequivocally his name is not a qualification, demanding he be judged on his own merits. There was some kerfuffle about his pulling papers before his father announced his retirement, but Swan Jr.’s encouraging humility abrogates any concerns there.

Therefore, we recommend Benjamin Swan, Jr. for the 11th Hampden House district in the Democratic primary this THURSDAY September 8.