SPRINGFIELD—The City Council inched closer toward another round of complex and fraught legislating as it signaled plans to reform the city’s beleaguered responsible employer ordinance. The law, intended to provide minimum standards of employment for workers employed by city contractors, has been buffeted by weak enforcement and court rulings striking other cities’ similar ordinance.

The Monday meeting also featured a resolution honoring a pillar of the South End, Earl Parnell “Duke” Belton, by naming the new South End Community Center, currently under construction, after him. Family and friends of the community icon, who died in 2007 filled the Council chamber for the item.

Ward 8 Councilor Orlando Ramos, who credited Belton with helping set him on the straight and narrow, read the resolution. The South End Board of Directors has the final decision. 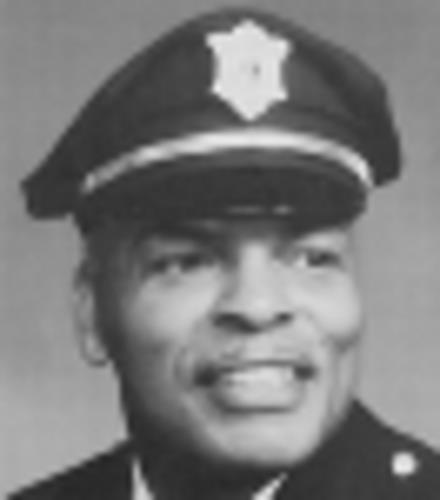 Though family like his brother Thomas Belton, the head of the city’s Veteran’s office and who spoke Monday night, has some civic visibility, Duke Belton’s honor appeared geared toward a true community figure and not a hanger-on or pol. The resolution passed on a voice vote.

Elsewhere, the Council accepted committee reports and the revenue and expenditure report for September with little debate.

The Council kept the Mobilities reports sent to committee two weeks ago under wraps. Other utility reports were approved, however. Also staying committee were food truck and historic preservation ordinances.

Sales of vacant lots were approved without dissent—Ward 4 Councilor E. Henry Twiggs stepped away from the floor on one vote. The lots are being sold to adjacent landowners under the city’s abutting lots program. Ward 7 Councilor Timothy Allen asked how sale prices were calculated. Melvyn Altman, a city attorney, said the price per square foot was set at 10 cents. It had been lowered some time ago as the higher rate had depressed interest in the program.

With the election approaching, the Council also issued the annual election warrant and set the polling places. Election Commissioner Gladys Oyola told councilors that no polling places were changed this year. However, she did confirm that early voting centers in the city’s eight wards would differ from the normal polling places.

The approval of polling places passed on a 12-1 vote. Councilor President Michael Fenton was in dissent, ostensibly because the early voting locations differed from typical precinct voting locations.

Financial matters before the Council stirred some debate, but nothing failed to pass. The Council approved payment of an assessor bill from last year and authorized use of a new state municipal bonding law. Bond premiums, bonds sold in excess of the advertised amount, currently stay city bank accounts, often becoming free cash. Municipal reforms the legislature passed earlier this year now allow municipalities to reduce borrowing costs with that money.

More controversial was $1 million bond authorization to study a reconstruction of Brightwood School. Councilors worried the city would not receive reimbursement from the Massachusetts School Building Authority as MSBA officials often sign documents in advance. Officials told councilors the MSBA was using a different process, which would be the standard moving forward.

Another controversial item was an adjustment to the School Department budget caused by a cut in charter school tuition from the Beacon Hill.

As the funds pass through the city, Council action was necessary. Technically, the Council can modify the School Committee’s budget overall number, but not edit it. As a practical matter this never happens as virtually all of Springfield’s school funds are mandatory. That is not the case in all communities.

Chief Administrative & Financial Officer Timothy Plante said the discrepancy too the city by surprise because the reduction happened while the state budget was in conference committee. A higher amount had been passed by the House and Senate separately.

Schools chief financial officer Patrick Roach told councilors he would recommend to the School Committee, which too must vote on the cut, a mix of measures to preserve operations. However, programmatic cuts remain possible.

The Council accepted a report from Ward 3 Councilor Melvin Edwards, chair of the city’s Responsible Employer Ordinance committee. He urged the ordinance stay in committee to avoid the need to repeat any steps should amendments be made.

State law prohibits votes on second and third votes to codify ordinances when substantial changes are made after the first vote.

Like residency for city employees, REO been a cause among councilors for some time. Although not quite as famous, it has prominent backers. Leaders in organized labor including Pioneer Valley AFL-CIO President Fiore Grassetti and Carpenters Local 108 Business Manager Jason Garand were in attendance Monday night.

Other than a planning report referred to committee there was little else before the Council. However, during a special meeting and hour before the regular one at 7 p.m., the Council did approve MGM’s planned signing for its casino in the city.

There has been a twinkle of legislative assertiveness form the Council this year, the battle over city employee residency being the most prominent example. However, the REO is devilishly complicated. Another unknown is Mayor Domenic Sarno’s stance. Nonetheless, in this labor case, could provide a helpful backstop and possibly stiffen councilors’ resolve should a veto override become necessary.