EDITOR’S NOTE: A Step Back before the Next Step Forward… 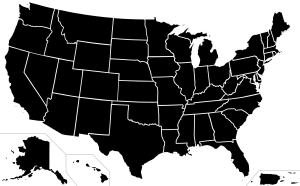 In mourning. (via Google image search)

An article I recently read in The New York Times Magazine profiled Miri Regev, the Israeli Minister of Culture & Sport. It described her attempts to direct cultural spending away from the traditional artistic elite—principally based in Tel Aviv—in the context of both her right-wing views and the country’s turn in that direction.

What seemed to come through, however sincere Regev’s views are, is that an underlying sense of classism within Israel—Mizrahi and Sephardic versus Ashkenazi—underpinned the country’s political shift. When Menachem Begin became the first conservative party Prime Minister of Israel, he did so in part on the strength of support from Mizrahi working-class communities.

Feelings of marginalization and a patronizing attitude from the Ashkenazi political elites—like the cultural ones Regev, herself Sephardic, rails against—led this group to side with Begin as an alternative to the political establishment. It set the tone for Israeli politics to the present day.

I mention this story because I think, stripped of the broader context of Israel’s security situation, the Palestinians and the occupation, it illustrates well how one group within a society can rise up and upset the apple cart, sometimes in dramatic ways. Perhaps if the ruling elites had treated the working-class newcomers who came streaming in after the founding of Israel, political history and therefore Israeli and world history would be different.

It’s an imperfect analogy, but I think it helps explain Tuesday’s dramatic election results. Make no mistake. Racism, sexism and less charged but still troubling forms of resentment, played a role in the election of Donald Trump, specifically in the Midwest and South. Trump always was a symptom, not a cause of a broader problem.

But decades of stagnation among certain white social groups—race here is intended purely to describe these groups, not to make a racial point—has led to a rebellion. Where this uprising began is hard to say, exactly, but it peaked in the administration of Barack Obama at a time when discontent was generally high amid the recession.

Why they would gravitate toward the GOP, and even Trump in particular, is baffling as that party and that individual hardly have a record of standing up for any forgotten man. Trump’s supporters are not exclusively small government activists although with Trump signing this Congress’s bills, that is what they will get and be poorer and less secure because of it.

The first of two groups that will be hurt most by the Trump administration are minorities, immigrants, women, Muslims (and other religious minorities) and LGBT Americans. I do not believe the government will ever execute a policy that will actually terrorize these groups. They may live in fear that might happen, but it seems unlikely that Congress would continue to fund such a program when midterms are, in today’s nonstop campaign world, only around the corner.

But Trump’s acceptance and peddling of these attitudes will make life harder for these groups. Prejudice and harassment from within society seem more likely now. That is a tragedy and not fitting of a great country such as ours.

As for the other group—Trump’s core supporters—rural and postindustrial town whites, especially men, there is no policy Trump has discussed that will actually help them. As government retracts, as it likely will under him, issues like drug addiction will only spread further. If he actually imposes tariffs on China or Mexico, no jobs will return, but prices will go up. Automation has killed more jobs than outsourcing. It will continue to do so. If as prognosticators predict, Trump’s policies lead to recession, this class of people will suffer the most, after perhaps the urban poor.

In the context of mass turnout for the GOP which seems the only explanation for the complete and utter polling failure in this election, it is hard to know if another candidate would have beaten Trump. Certainly Joe Biden or Bernie Sanders would not have Hillary Clinton’s baggage, but it is a mistake to assume Trump voters would have voted for them instead as those supporters clearly felt motivated by Trump to turn out either way. We won’t and can’t know.

Clinton had her faults and they clearly cost her dearly. It’s not certain that she could have done anything differently to avert this beside not run as her problems were in the past, not forged during the campaign.

FBI Director James Comey’s unorthodox treatment of her email case and the Russian interference in the election were factors, too. Whether it was sexism or distrust or more likely a combination of these set against this seeming working-class rebellion, it does not matter.

In any event, I write this as a coda to this election, but also as an announcement that I shall be stepping back from Western Mass Politics & Insight for a time. I may post sporadically, but regular postings are suspended for the time being.

Dating to its birth in my college dorm a decade ago, this blog has been an outlet for me, a way to engage and contribute to my community. But it is also time-consuming and too often frustrating. I receive minimal remuneration and there are costs from transportation to web hosting.

I can’t say yesterday’s results and some upsetting personal news I received today are the impetus for this. I had considered a slow down or step back for some time. But these external factors have led me to take stock and reassess my situation.

I know this comes at a time of political churn, particularly in Springfield, but now I must do what is best for me. Perhaps, I shall return to regular writing in this space, but I do intend to keep past posts up for the foreseeable future.

Irrespective of my posting frequency, I am not fading entirely from the scene. Though WMassP&I’s social media accounts may go silent, you can still reach me at the same email address and find me @mszafranski413 on Twitter if not tweeting as often. To the extent that I can, I will remain vigilant for and active in the local political goings-on.

Whether you loved my thoughts and writings or bellowed in rage at the sight of my latest post, thank you for reading. It had meant a lot to me to know I have made a difference in the community about which I and others may differ, but that I love deeply.