Endorsements on Parade: Briefly on a Few Valley Races

There are, on our regional ballots this year a number of competitive races. Not all are created equally. Some of these races include candidates of third parties and in still-quite Democratic Hampden County others are not such that fuller, separate explanations of our opinions are put forward.

Neal, by comparison, has proven a strong advocate for the region. Ably working with government agencies, he has delivered funds and attention the region needs from the federal government. His consistent support for healthcare access and developing the regino’s infrastructure may be well-known, but he also possesses an underappreciated understanding of foreign affairs and considerable bipartisan respect even in a Congress riven by ideological differences. In a challenging world and a gridlocked Congress, both are invaluable to us in the Valley.

This race pits 1 ½ term incumbent Donald Humason, a Republican, against law student and former Beacon Hill aide Jerome “J.D.” Parker-O’Grady, a Democrat. Presidential year contests in this district have been vanishingly rare. The odd sacrificial lamb that would take on Humason’s predecessor, Michale Knapik, was usually flattened. But the district is not all that conservative. Constituent services sustained voters’ support for Knapik and now Humason.

But Knapik was also much more moderate than Humason who has continued to hew a conservative line on social issues and a party line on fiscal issues. In a somewhat muted legislative session, there is little to pick over. While we credit Humason’s constituent services and advocacy, no one will deny he lacks the panache in the Senate that Knapik had.

At the same time we have deep reservations about Parker-O’Grady. We suspect that he had hoped to style himself as this year’s Eric Lesser. That has not happened. The polish and verve from that campaign is not there. It is disgusting that members of Gov. Charlie Baker’s administration tried to threaten the job of Parker-O’Grady’s fiancée to get him to drop out—the governor disclaimed knowledge of. Yet Parker-O’Grady did not make the political layup this should have been. For his part, Humason has denied involvement and no evidence ties him to the situation.

While Parker-O’Grady is right where Humason is often wrong, we hesitate. We usually want something more than something to oppose. No, Humason is not acceptable to our values. But a reflexive pro-Democratic endorsement seems ill-fitting for the moment.

Formally, we make no endorsement in the 2nd Hampden & Hampshire Senate district, though this blog would be lying if we would be upset to see Parker-O’Grady take Humason’s place.

Incumbent Rep. Jose Tosado, a Democratic freshman, faces unenrolled opponent Robert Underwood, in a rematch of their 2014 contest. Underwood’s candidacy is, too, a saunter through Libertarianism, though with protectionist, right-wing tinge. Of course, global trade policy is not made in Boston and Underwood, a perennial candidate in Springfield, faces a steep climb.

In any event, this blog endorses Tosado for reelection. Though the legislature has not been especially active of late, our view is that Tosado continues to provide a unique voice for Springfield on Beacon Hill. Very probably one of the more progressive members of the city’s House delegation, he has the right stand on the issues, for example, taking a role in the Pregnant Workers Fairness Act.

A freshman can only do so much, which is why we endorse Jose Tosado for reelection so he can build some seniority. 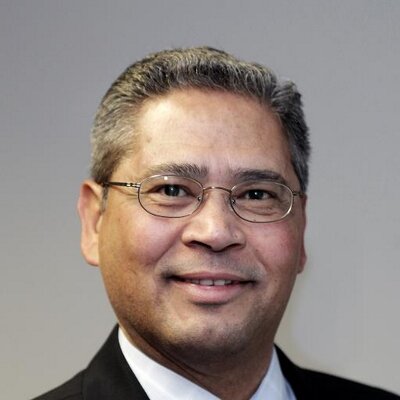 With the retirement of Michael Ashe, a tidal shift is about to happen in the Sheriff’s office. Democrat Nicholas Cocchi, Republican John Comerford and James Gill face off to succeed this local political titan.

While we have not paid enough attention to this race in the general election, our primary decision states our case well. We would not have weighed into such a momentous primary if we were not all in.

Comerford has given this race the old college try. It is a regrettable fact of geography that candidate for Hampden County office out in Bondsville faces such headwinds. But this we cannot change. Moreover, Comerford has made little impact, put forward little in the way of a platform and possesses minimal digital presence.

Gill, currently an assistant superintendent like Cocchi, may have missed out because Ashe chose to put his weight behind Cocchi. But neither has Gill energized with his presence, such as in debates. If, purely as a thought experiment, Gill and Cocchi’s careers are taken as equals, there still exists the gaping hole Ashe will be leaving. Who is better suited to fill it?

That brings us back to Cocchi. As we said in our primary endorsement, this is a man who truly loves his job and wants to utilize the office’s powers to help people get their lives back together. That is a value Ashe embodied and Cocchi’s passion may be necessary to fill Ashe’s void. Of course, we had our provisos in our primary endorsement. Cocchi must be prepared to remove deadweight in his office. It will be his, not Ashe’s, after all. Moreover, he must ensure that job opportunities in the office and the jail remain available to residents in Hampden County cities to provide upward mobility.

We trust Nicholas Cocchi will do that and continue the legacy of compassionate correction and thus endorse him for Hampden Sheriff on November 8. 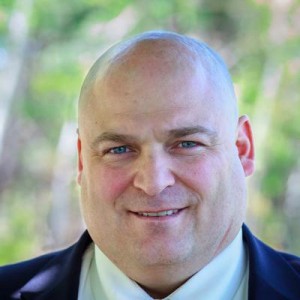