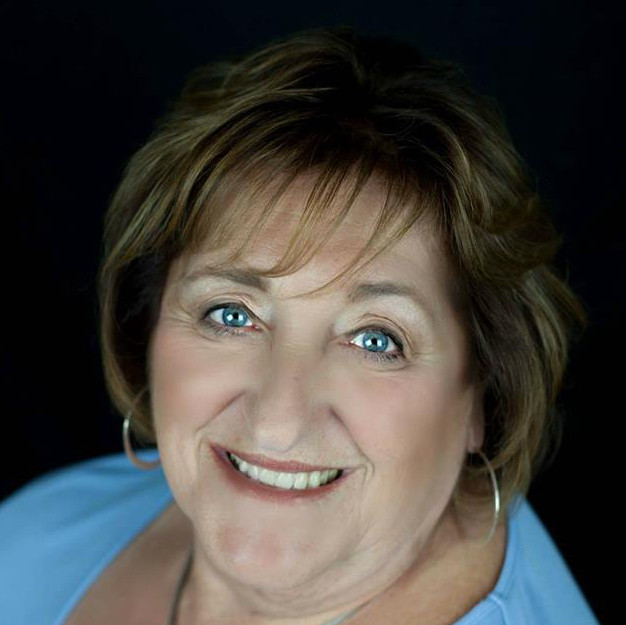 AGAWAM—Nobody doubted that Rosemary Sandlin could get the 150 votes she needed in the Democratic primary to write herself onto the general election ballot. A competitive primary for sheriff assured voters in the 3rd Hampden House district would be at the polls. But experts scoffed at the idea should could get much more than that.

“You’re not going to get 500 votes,” Sandlin recalled Secretary of the Commonwealth Bill Galvin saying.

Galvin’s office registered 582 votes not counting well over a hundred more other write-ins that were not attributed to her, but were likely intended to help her onto the ballot in Tuesday’s election.

Sandlin, an earthy, gregarious fixture of politics here, had gone into forced retirement six years ago when current incumbent Nicholas Boldyga unseated her. The election was razor thin. Less than 100 votes separated them, but Boldyga, a Republican was victorious with less than 40% of the vote. This year she has returned to reclaim her seat. 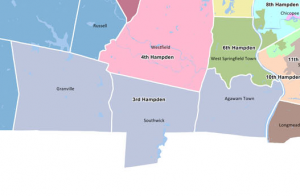 The 3rd Hampden District consists of Agawam, Granville and Southwick.

Sandlin’s run is not an act of revenge. Two cycles have passed since that 2010 squeaker. Aside from an unsuccessful bid for Agawam mayor, she had largely left frontline politics. Dems here turned to her after their original candidate Richard Theroux, a popular Town clerk turned councilor, backed out amid criticism from Boston Herald columnist Howie Carr about his pension.

“What happened was theoretically we had a candidate and he dropped out just before the filing deadline,” Sandlin recalled.

Democrats asked Sandlin to run and after consulting with her family, she agreed.

“I said okay I can do this, but I need all you people to help me,” she told the drafters. Sure enough, “all those stars aligned.”

Sandlin ran against Agawam Mayor Richard Cohen, he has fully backed her candidacy for rep. (via Facebook/Cohen campaign)

Historically, Agawam Democrats have been roughly cloven Sandlin and Mayor Richard Cohen. Once a somewhat reliably Democratic town, it has slid to the right choosing Republicans for US Senate and Governor sticking Democratic only for president.

But Sandlin earned Cohen’s backing as well as that of the third party candidate in 2010, Anthony Bonavita, who scooped up more than 20 percent of the vote that year.

This Agawam consolidation is essential for Sandlin, given the far more conservative bend of Granville and Southwick, where Boldyga once served as a Select Board member.

More to the point, Boldyga has survived at least a semi-unified Democratic front in 2012 which also featured presidential-level turnout. Samuel DiSanti, a retired postman, was feted as Boldyga’s downfall, but never gained a presence or traction in the race. In 2014 rematch, Boldyga flattened DiSanti again.

Sandlin, who served on the Agawam School Committee for decades, as chief of staff to Senator Linda Melconian, is a more seasoned pol than DiSanti was. Presidential level turnout could bring out more Democrats and, although real estate tycoon and provocateur Donald Trump could win the district, the candidate assures there will be Trump/Sandlin voters. 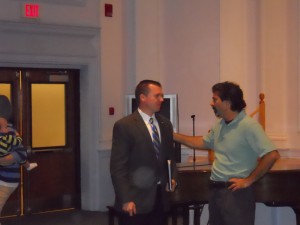 “I’ve got friends who say I’m voting for Trump but I’ll give you a vote,” she said.

But voters will need reasons to dump Boldyga in favor of Sandlin. Four years ago when DiSanti was still viewed as viable, the primary line of attack was Boldyga’s conservatism. Arguably one of the legislature’s furthest right figures—to what end is debatable—DiSanti focused on anti-union and anti-worker votes Boldyga had cast. His membership in ALEC, a corporate lobby group that write model legislation for state houses, was also fodder. But DiSanti’s pitch was weak and Boldgya batted away the salvo.

Sandlin is taking a different approach. She has gone after Boldyga as a do-nothing, standing on the shoulders of others’ and their accomplishments.

“I was starting to hear from people in Southwick because they don’t think he’s done anything substantial,” Sandlin said during a recent interview in her Agawam home.

The groundbreaking at the Agawam Soldier On facility. From right holding shovels, Sen. Don Humason, Rep. Nich Boldyga and Mayor Richard Cohen. (via The Reminder/Chris Goodreau)

While politicians frequently appear at project kickoffs their predecessors started, Cohen made a point of recognizing Sandlin at a Solider On groundbreaking Agawam for her work on the bill that made it possible. Boldyga, as the current rep, was turning a shovel. Sandlin was in the audience.

Sandlin also alluded to Boldyga’s thin legislative record. A review of bills Boldyga filed in the current session—not all of which would be ideologically doomed in the Democratic controlled House—showed that none advanced to the governor’s desk.

Efforts to reach Boldyga as of posting time were unsuccessful. His office at Cooper Commons in Agawam was closed and dark during a pre-election weekend stop.

Of Sandlin’s priorities, transportation is a major focus, specifically improving paratransit access for seniors in Southwick. Acknowledging that Route 57 would never been extended beyond its terminus as Westfield Road, she called for investment in the intersection of Westfield Road and Springfield Street leading into the center of the Feeding Hills section of Agawam.

Sandlin also promised to fight the closure of Granville Elementary School, a fate that may be a consequence of the town joining the Southwick-Tolland School District.

On social issues the Sandlin is pro-choice and backs LGBT rights. Boldyga voted against the buffer zone and the transgender public accommodations bill. Because the candidates never met in a debate, other side by side comparisons are difficult.

Boldyga has featured his “perfect attendance” in the legislature, although he missed several override votes this July. Without comment, it is hard to discern whether or if there was a reason.

Sandlin says she can be independent of Speaker Robert DeLeo, too, something that would likely be a litmus test in a district such as this. Indeed, she said she already had.

“I’m not afraid to break with the speaker on this,” she said referring to Question 2, raising the cap on charter schools in the commonwealth.

Likewise, she opposes any additional gun restrictions, saying Attorney General Maura Healey’s ban on copycat guns was enough. Gun control is among the few issues where the House is more liberal than the Senate.

“I don’t want to take guns away from anybody. My father would roll over in his grave,” noting that he was a sportsman.

Ultimately, the forces of incumbency that felled Sandlin in a three-way six years ago are now on the opposite side. Boldyga has weathered opponents, appealing to the shifts in districts like this one. With a race so deep in the weeds, ubiquity and photographs with the governor—Baker’s office and Boldyga are not especially close—can suffice for Boldyga.

Sandlin herself promised to be a straight shooter if the voters sent her back to Boston, as she has always been.

“People won’t always agree,” she said, “but I’ll always tell them where I stand.”