De Facto Muslim Ban Lands Trump with Another Round of Protests… 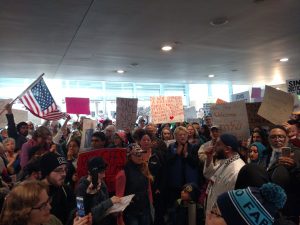 WINDSOR LOCKS, Conn.—Donald Trump’s executive order banning entry of foreign nationals from seven Muslim-majority countries brought another wave of protests and a deluge of confusion throughout the federal government and the world. The order also halted the nation’s refugee program. It came remarkably close to Trump’s desire, announced during last year’s presidential race, to ban Muslims from entering the US.

On Sunday demonstrators descended on public squares and the nation’s biggest airports. Saturday, airports had become ad hoc law offices as lawyers moved in to help foreign nationals trapped by the ban. Because most of its international flights are not transatlantic, Bradley International Airport did not see a spontaneous protests or a rush of lawyers to help foreign travels. Still on Sunday it was the site of a massive protest that filled its main terminal’s arrival lobby.

Organized by the Connecticut branch of the Council on American-Islamic Relations, the protest drew political leaders, rabbis and demonstrators of all races and ages. The short-term parking garage was near-capacity, pushing cars into the far reaches of an overflow lot. WTIC Fox 61 estimated the crowd exceeded 1000.

Chants of “this is what democracy looks like” and “one for all, all for one” echoed through the terminal as arriving passengers scurried around the crowd to the exits. 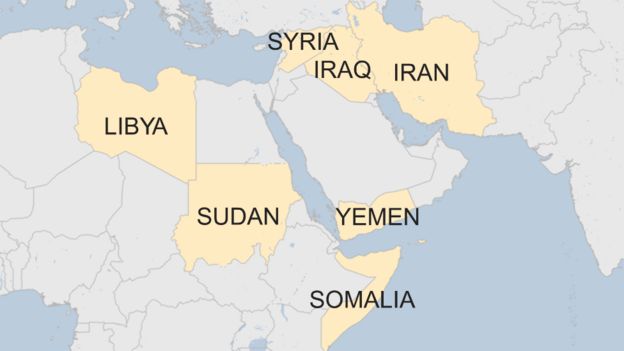 Map of countries whose citizens cannot enter the US for now. (via BBC)

The ban, which affects citizens of Iran, Iraq, Libya, Somalia, Sudan, Syria, Yemen, all Muslim-majority countries, became the most tangible for Trump’s first actions as president. Other EO’s were policy statements or grounded in little law.

Moreover, the order’s focus on religious minorities made the order a de facto Muslim ban given the overwhelming religious persuasion of the affected countries. The ban interrupted family reunions, academic pursuits and return trips to college, again principally affecting Muslims.

“This is not a fight about religions,” Mongi Dhaouadi, Executive Director of CAIR Connecticut, told the crowd, “it’s a fight about the soul of our nation.”

Protests broke out again in cities big and small across the country.

In Massachusetts, demonstrators packed Copley Square in Boston. Democratic US Senators Ed Markey and Elizabeth Warren condemned the ban as did the state’s representatives in Congress.

Referring to the national motto “E Pluribus Unum,” he also added, “It means from many, we are one. President Trump’s ill-advised executive order, issued in his first week in office, contradicts that historical belief.”

The stated purpose of the order was protecting the United States as it mentioned the September 11 attacks multiple times. However, none of the hijackers that day were from the affected countries and no citizen of those countries was responsible for a successful attack since. 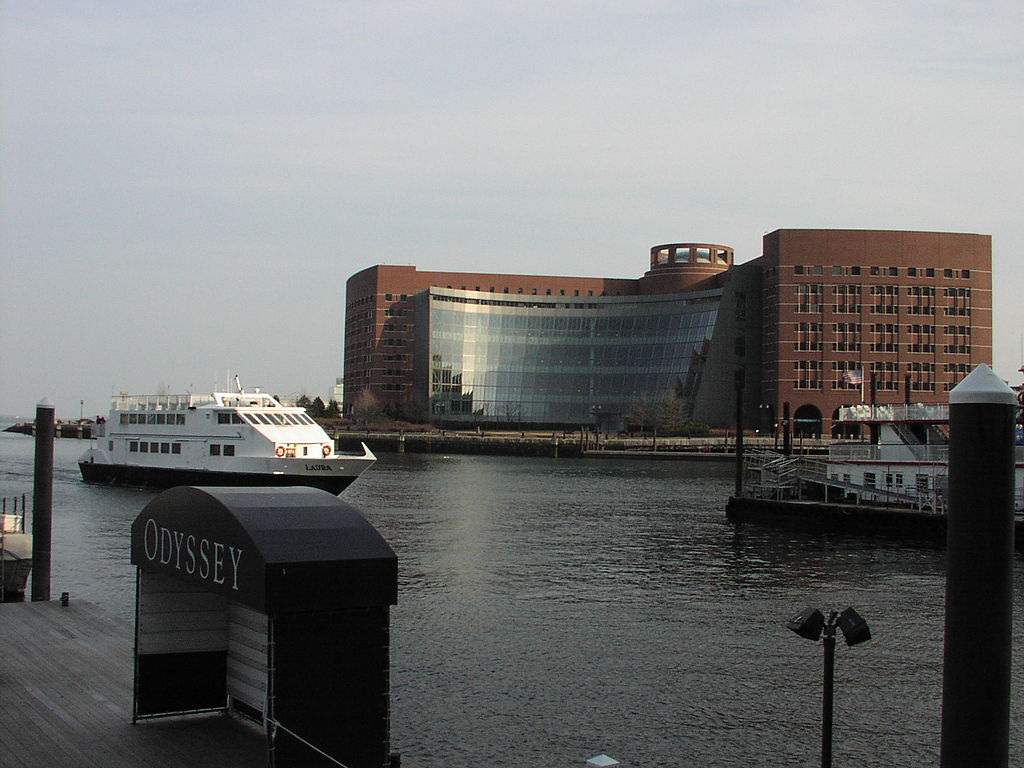 Judge Allison Burroughs, based in Boston’s Moakley Courthouse, stayed the ban on citizens from the 7 affected countries. (via wikipedia)

The overnight implementation left many in transit in the lurch. They landed at American airports only to discover they could not enter the US. Courts later let those who had landed enter the US.

The order’s application to lawful permanent residents came at the insistence of Trump senior aides Stephen Miller and Stephen Bannon, a white nationalist and seeming crypto-Nazi. Though the next day, as the least legally tenable part of the order, the White House said green card holders can enter.

Just as troubling, the order came on Holocaust Remembrance Day. The White House had marked the day with a statement that suspiciously omitted mention of the Jewish people, the primary targets of the slaughter. It repeatedly defended the wording. Some signs at Bradley referred to the MS St. Louis, a ship carrying Jewish refugees before World War II, which the US turned away. 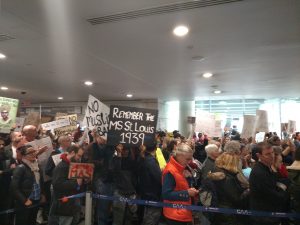 Another view of the crowd at Bradley (WMassP&I)

Connecticut Lt. Governor Nancy Wyman, who is Jewish, spoke briefly to the crowd. She had just come from an event marking the Holocaust and the concurrence of the events did not pass her notice.

She exhorted those gathered to “build a new movement of resistance for those who have too little.”

“We’ve got to make sure our voices are heard,” she said.

As few flights into Connecticut ferried affected passengers, there had not been little legal action there. Federal courthouses with jurisdiction over major international airports did, however. The protests and legal pressure have been attributed with the walk back on green card holders dual-citizenship travelers. Courts have temporarily struck other parts.

However, there are Connecticut residents affected. In a release, Connecticut US Senator Chris Murphy said he was working to get the family of a Milford resident into the country. Fadi Kassar’s wife and children had earned refugee status but, due the ban, could not enter the United States.

“My office is doing absolutely everything we can to bring Fadi Kassar’s wife and two girls to Milford,” Murphy said in his release. “We’re already seeing the inhumane, dangerous, and real life consequences of [Trump’s order] coming to light. I’m rattled to my core but I won’t stop fighting to make it right.”

Murphy and other Democrats introduced legislation Monday to reverse Trump’s executive order. Though several Republicans have condemned the order, such legislation seems unlikely to pass at the moment.