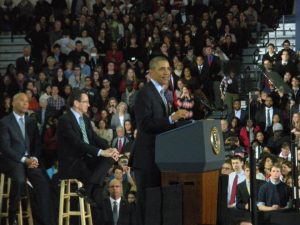 When he walked onto the national stage at the 2004 Democratic convention, Barack Obama seemed to have a date with destiny. Whether you loath the man or love him, it is hard to deny the power of that moment. His epic battle with Hillary Clinton four years later, was the forum for a struggle, fairly or not to Clinton, between the past and the future. In the primary and general elections of 2008, hope, change, optimism were the themes and they won.

But Obama was not the president we needed merely because of these things. This charismatic newcomer would be different, but the most important change was understated. Despite their fervent distaste for politicians, the American people reward those politicians who can master the spectacle. Obama did this and would govern without compromising his dignity, compassion or thoughtfulness.

This may have been a double-edged sword. The decline of the Democratic party is not just a resentment-fueled phenomenon. Obama played a key role in it. Though he could muster spectacle, he did not engage it for spectacle’s sake either. No clearer example was the hysteria over Ebola.

Many a president take few decisions lightly, but Obama expressed outward openness to take the course that was right, not politically expedient. He wore the respect for the institution on his sleeve.

A future president (via wikipedia)

I did not vote for Barack Obama in the 2008 primary. The flip side of his pitch for a post-partisan politics was a certain naivete about how far the other side would go to oppose him. Still, I did not bring this blog—then still in its infancy—very far into the fight, offering only subtle support for Clinton in its “Oh, no 0-8” series.

Disappointment in Clinton’s 2008 loss ultimately gave way to Obama support if not outright Obamania. It wasn’t hard. My remembered belief from that keynote address in 2004 was that Obama would inevitably become president. Yet having never labored among the notions of a post-partisan era, my expectations of Obama were quite measured.

I was in a bar in Springfield with a buddy the night Obama won. It was anticlimactic and announced over the speakers.

“This victory alone is not the change we seek, it is only the chance for us to make that change,” Obama said in his victory speech to much greater fanfare.

Yet the specter of fiscal and soon economic crisis was on the move. It would challenge and haunt Obama, even after it was exorcised from the American economy. So it would to many, especially a generation of young people, your editor-in-chief included. His call to move past partisanship was dead on arrival on January 20, 2009, we would later learn.

Efforts to sweeten the stimulus to get more Republican support proved fruitless as did deficit reduction plans. Perhaps this was a sign of Obama’s naivete, but his neglect of the Democratic party was not. A failure to properly mobilize his supporters on behalf of or integrate them into the Democratic party undoubtedly affected midterm election outcomes, most devastatingly the one 2010. 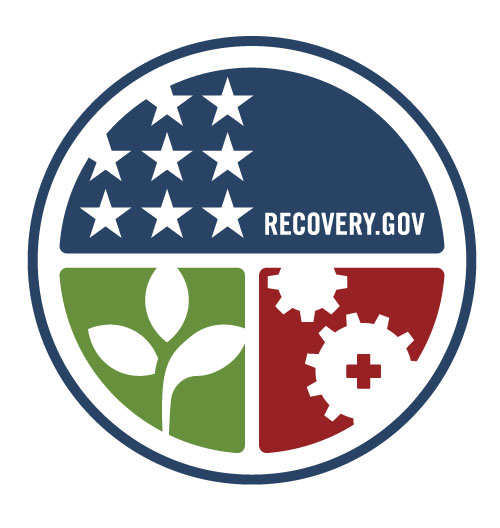 But conviction has served him well. The stimulus did work and, among other policies, it helped the United States climb out of the recession more quickly and onto sturdier footing than almost any other part of the rich world. Obama didn’t go small for the politics, he went big and the payoff for the economy, however uneven and slow, was worthwhile.

Rather than let healthcare reform die, Obama pressed forward with the most dramatic increase in medical access since Medicare and Medicaid’s establishment in 1965. The law is anything but perfect, but six years of Republican opposition has not destroyed it and quite possibly even Republican unified government will not without prompting catastrophe.

It seems no accident that Obama thought beyond just judicial philosophy in his Supreme Court nominees. Sonia Sotomayor and Elena Kagan have become new anchors of passion and intellect on the Court.

Obama presided over a revolution in LGBT rights, culminating in the Court’s decision to make same-sex marriage legal everywhere. 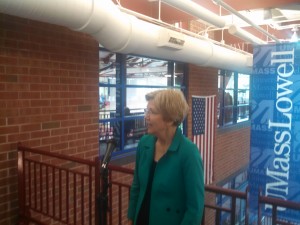 Pres. Obama’s support for the Elizabeth Warren’s CFPB was key to its inclusion in the final version of the 2010 Wall Street reform bill. (WMassP&I)

Wall Street may not have been totally brought to heel, but he backed now-Senator Elizabeth Warren’s Consumer Financial Protection Bureau rather than let it get watered down.

Even in international affairs, a mixed bag, Obama tried to maintain a path of balance. Contrary to the carping among American nationalists, he did not apologize for anything. Rather he worked to rebuild badly fractured ties across the world. Not every effort worked, particularly in the Middle East, but he nonetheless forged a deal to contain Iran’s nuclear ambitions.

While I do not support the Trans-Pacific Partnership, I can applaud the ingenuity of a trade deal as a means to counter China’s dominance and bullying in Asia. As was the case with Obama, there was more than meets the eye.

Syria will remain a black mark in his record, which ties into other international missteps including Russia. But even there, he tried, unsuccessfully, to drag this country from its path of unparalleled executive power with a congressional authorization. It was a clear example of his interest and commitment to the ground rules of American democracy. He didn’t always live up to them—drone warfare comes to mind—but he aspired to do so. 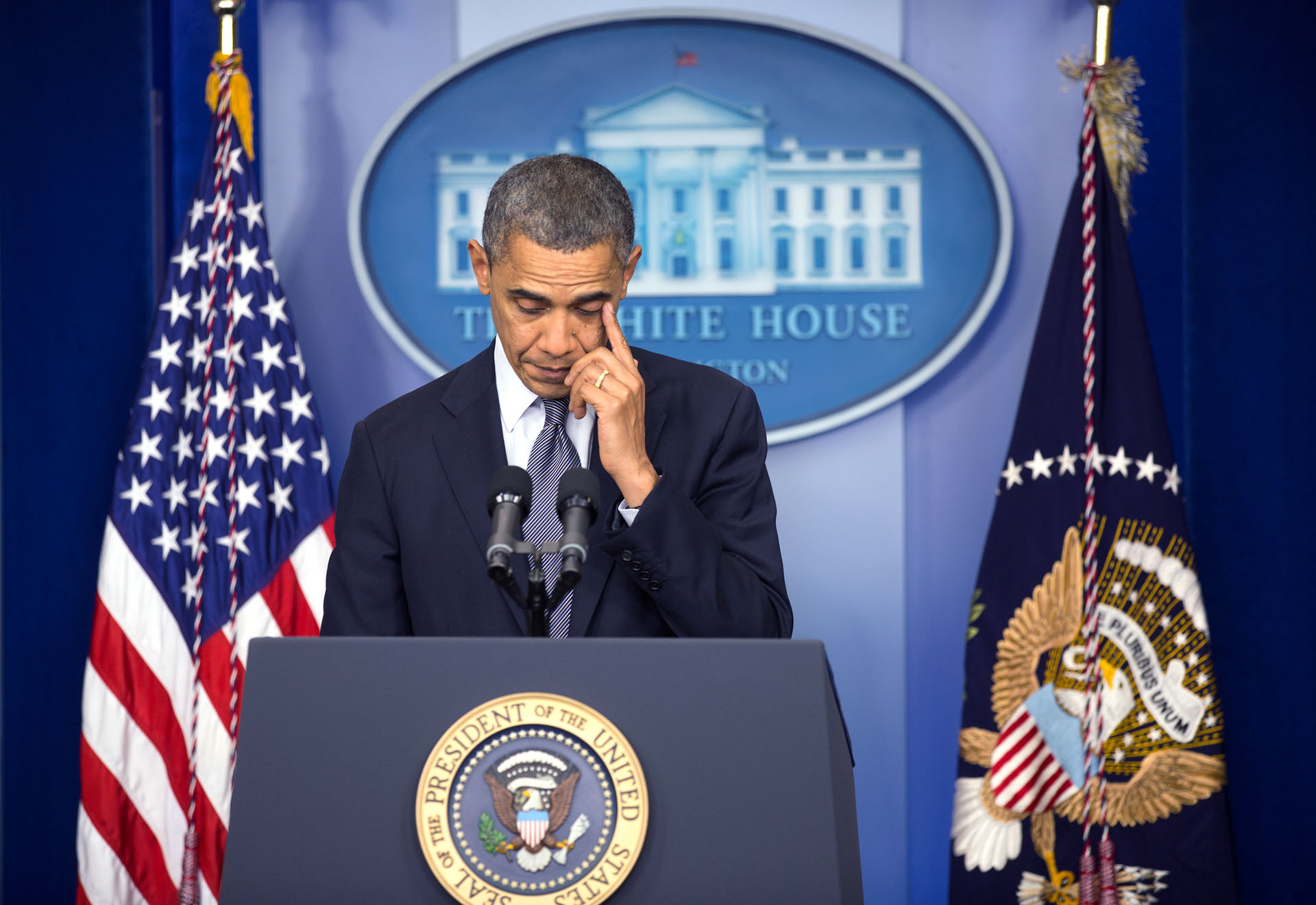 Pres. Obama addresses the nation after the shooting at Sandy Hook (via Nat’l Archive)

Ultimately, were I to find a fatal flaw it was in messaging. His White House’s inability early on to square the circle of being transformative in a notoriously rigid town loomed over everything.

Even as the administration wailed about the Beltway narrative in the early years, they fed it by trying too hard to protect the image of Obama. Not that it was necessary. Obama’s most powerful moments and images were not constructed, but organic. Leaking tears after Newtown. A chorus of Amazing Grace in Charleston. Innumerable snapshots with children.

On Election Night in 2008, Obama repeated the phrase “yes we can” as he had throughout the campaign. Indeed, it was possible to run a campaign like Obama’s and win. That should give heart to those rightly and justifiably fearful now.

In his farewell address Obama returned to that theme.

His presidency was not perfect. It contained glaring errors and outright failures, but also avoided widespread scandal. The presidency, his family and administration provided a new model for possibility. It was possible to win the presidency, be the president and not sacrifice all principle, even within the capriciously perilous waters of American politics and human nature.

“Yes we can,” Obama intoned at his farewell. “Yes we did.”

-Matt Szafranski is the editor-in-chief of Western Mass Politics & Insight.