Take My Council, Please: A City Learns Its CPA’s…

The ordinance needs two more votes from the City Council and is unlikely to face opposition from Mayor Domenic Sarno despite his opposition to the ballot question. To the contrary, Chief Administrative and Financial Officer Timothy Plante, indicated the administration would be standing by to assist the Community Preservation Committee (CPC) upon its institution and appointment.

Monday’s meeting was the first regular gathering of the City Council and Ward 8 Councilor Orlando Ramos’ first as president. Earlier in the day, Ramos had released committee assignments for the year.

Ward 1 Councilor Adam Gomez was absent due to illness.

Seal of the US Department of Housing & Urban Development (via wikipedia)

Early in the meeting, the Council accepted $3.4 million in funds from the US Department of Housing and Urban Development. The regional grant will principally go to rental assistance to prevent homelessness. There was another $250,000 from the state to combat imminent homelessness.

Though the city’s housing department had the biggest haul Monday night by far, Health and Human Services Commission Helen Caulton-Harris came forward with a sizable amount of grant money, too.

Caulton-Harris received approval for $440,000 in funds to battle obesity and another $198,000 for children’s mental health services. Another $2000 went to community health center disaster-preparedness.

The Council accepted $281,477 for the Library Department from the state and voted for a labor contract with library clerks and assistants. The pacts includes annual 2% pay increases during the contract’s term from July 1 2015 to June 30, 2018. HR/Labor Relations Director William Mahoney said there were changes to vacation, sick leave, discipline and dress code language. Compliance with the residency ordinance is already in the contract.

The major library item Monday was authorization to apply for a grant for a new East Forest Park branch. Currently located in leased space on Island Pond Road, the Library Department looks to construct a new buildingadjacent to Mary Dryden School on Surrey Road.

The grant is not expected to cover the entire cost and at-large Councilor Timothy Rooke inquired about the project’s cost. Library Director Molly Fogarty said there would be a price before the grant application deadline on January 26. Rooke noted a $9 million figure reported in The Republican which Plante, the CAFO, would not confirm. He said the final cost depended on whether certain features were pared back.

Officials did confirm the floor space of the new building would be about 16,000 square feet—four times the space on Island Pond Road—and include amenities residents requested in surveys.

The authorization passed 11-1 with only Rooke in dissent. Assuming Springfield wins the grant, financial officials confirmed the issue would return to councilors for approval of any needed city matching funds or costs in excess of the grant. 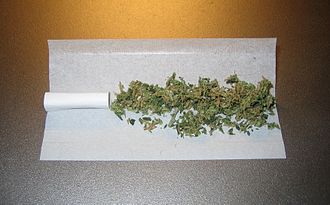 A longer wait for high times… (via wikipeida)

Though less significant given state lawmakers’ controversial delay of recreational marijuana sales, the Council moved to establish a moratorium on pot shops in Springfield. It will buy time for the city to write regulations. The proposal will require another Council vote before goin into force.

The Council also passed an ordinance intended to save historic structures. It requires the city to release bids to rehabilitate dilapidated historic buildings before it tears them down using demolition fund as leverage to stoke interest.

First step of the CPA ordinance also passed easily and without much delay.

During public speak out, Robert McCarroll, a former historical commissioner and a lead proponent of the CPA ballot question, thanked the Council for putting the question to voters. He noted that it passed in 63 of Springfield’s 64 precincts, carrying all wards and neighborhoods.

“Our residents are willing to pay a little more to get more,” he said echoing the CPA campaign’s tag line.

Ward 2 Councilor Michael Fenton, who spoke on the CPA ordinance outlined the structure and mission of the CPC. State law requires one member come from the Conservation, Historical and Parks commissions, the Housing Authority and the Planning Board. Fenton’s ordinance includes four more members, one appointed by the Springfield Preservation Trust and three appointed by the Council President. The President would choose among recommendations from Springfield neighborhood councils.

Fenton highlighted the work Ward 6 Councilor Ken Shea, who chaired an ad hoc committee committee last year that looked into CPA and developed recommendations that form the basis of the ordinance.

Asked whether the CPC would have staff, Fenton said, “Sharing of resources can be done with the city. They will have resources at their disposal.”

Plante confirmed that his department would offer technical assistance to the CPC and the Treasurer’s office would collect the funds. The CPA places a 1.5% surcharge on the taxes assessed after the first $100,000 in property value.

At-large councilor Kateri Walsh suggested the Council strike a provision that basr city employees from serving on the CPC. With the change, the measure received approval.

Barring further changes, the ordinance is likely to gain final approval at next month’s regular meeting.