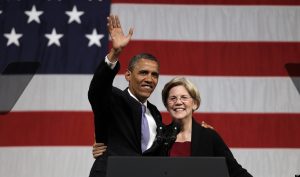 Maurice Cunningham’s post “MassDems- First in the Nation” continues to push a line that has become popular after November 8th, namely that Trump won on economic populism. If only Hillary Clinton had adopted Elizabeth Warren’s rhetoric then the outcome would have changed.

The story that Cunningham uses to illustrate his point, Scott Brown’s short national political career, ends up illustrating something else entirely. Cunningham contends low-income, less-educated voters cast ballots for Brown in 2010 then switched to Warren in 2012 because of her economically populist message. Cunningham’s contention is wrong in three ways.

First there is little evidence of Cunningham’s claim that low-income, less-educated Brown voters in 2010 switched their vote to Warren in 2012. Second, people of color who didn’t vote in large numbers in 2010, but turned out in 2012 drove Warren’s victory among low-income, less-educated voters. Third, the eagerness of  communities of color to support President Obama, which Warren’s field operation capitalized on, powered this turnout, not her populist rhetoric alone.

Turnout in 2012, a presidential year, was much higher than the January 2010 special election. About 930,000 more people cast ballots in 2012. Warren got 635,000 of those votes, or almost 70% of the increased turnout, while Brown got almost 300,000 more votes than in 2010. Brown didn’t lose votes in any town or city in Massachusetts, instead his voters were simply over-numbered by the massive increase in Democratic turnout for a Presidential election. Much of the increase, statewide and for Warren, came from places like Roxbury, a predominantly African-American neighborhood in Boston where 50% of the population has a high school degree or less, and 76% of households makes $50,000 a year or less. 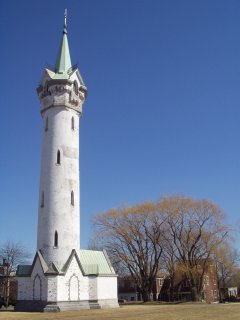 Voters in Roxbury fit Cunningham’s demographics, but they didn’t turnout in 2010. Most of Roxbury is in Ward 12, and along with Ward 14, which includes parts of Mattapan, a neighborhood with similar demographics, turnout was 115% higher in 2012 than in the 2010 special election. Turnout in Wards 12 and 14 jumped 25% in 2008 with President Obama on the ballot versus 2004, when home-state Senator John Kerry ran for president.

With Elizabeth Warren’s $40 million campaign running a door to door canvassing operation, turnout rose 10% higher than in 2008. Across Massachusetts the increased turnout was highest in minority communities. Those voters were responsible both for Warren’s victory over Brown, and for Warren outperforming Brown among low-income, less-educated people.

If Cunningham’s story about the attraction of economic populism is wrong, and Warren’s victory among low-income and less-educated voters was driven entirely by communities who didn’t vote in 2010 turning out and voting in 2012, then the question shifts: what motivated these communities to come out and vote? We don’t know the answer, but a look at how the 2010 Special was different from other recent elections in Massachusetts could show us an answer.

The 2010 special was an outlier in that it was the only statewide election from 2006 to 2012 that didn’t have an African-American at the top of the ticket. Deval Patrick, the first African-American Governor of Massachusetts won state-wide in 2006 and 2010. Barack Obama won in 2008 and 2012. Ed Markey’s U.S. Senate Special Election victory in 2013 makes him the only white Democrat topping the ticket state-wide in Massachusetts without a person of color also running state-wide since 2006. In 2014, without a person of color on the ticket, Martha Coakley lost the gubernatorial race.

The future of the country depends on a Democratic Party that is clear-eyed about the challenges it faces and the opportunities it has. High turnout in communities of color has been an important part of propelling Democratic candidates to state-wide victories in Massachusetts. Those high turnouts happened when candidates of color were on the ballot.

Correlation is not causation, but the idea that having candidates of color on state-wide ballots plays a role in getting communities of color to turn out and vote. It deserves at least as much examination as the idea that economically populist rhetoric can recapture the white working class. Election post-mortems that recycle tired clichés while ignoring lessons on how to win elections and pass important legislation do not serve anyone well.

Gregory Maynard, a graduate of UMass-Amherst, is a Massachusetts-based political consultant. He has worked for the Public Interest Research Group and Elizabeth Warren’s 2012 Senate campaign. Maynard has managed state and local campaigns including Revere Mayor Brian Arrigo’s successful challenge of an incumbent in 2015 and a debt exclusion for a new high school in Somerville.