UPDATED 2/22/2017 8:09M: To include comments Jourdain gave to The Republican and quotes from Mayor Morse’s statement on Facebook and to reflect a correction. A previous version of this post incorrectly identified the former Ward 6 councilor as Thomas McGee. He is Todd McGee. 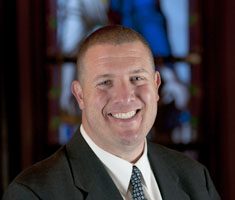 The political tectonics of Holyoke shifted by almost San Andreas levels Tuesday as longtime city councilor and current council president Kevin Jourdain announced he would not seek reelection this year. After more than two decades on the body, at-large but for the current term, Jourdain has had an outsized influence on city politics even as a conservative in the arch-Democratic city.

Jourdain, by terms self-deprecating and domineering, ruled the Council chamber since 2012 as president. He remained president even as he forewent reelection at-large in 2015 and instead sought Ward 6’s seat. Despite often siding with the Council’s conservative, “Old Holyoke” majority, he had nevertheless cooperated from time to time with adversaries like Mayor Alex Morse.

News spread quickly on social media, lighting up phones across Holyoke and the region.

“I have had the pleasure to serve the people of Holyoke for the last 24 years including the last six years as president and it’s time,” he said. A Facebook Live video recorded from the gallery captured Jourdain’s announcement. “To the citizens of the city who voted for me for all these years, I want to thank you from the bottom of the heart.”

Jourdain highlighted efforts to elevate the Council as a co-equal branch of city government and thanked his political mentors. He had not responded to request for comment as of posting time. He told The Republican added responsibilities at work required more of his attention and he wanted to spend more time with his young family.

Jourdain’s retirement resets the race for Ward 6 Councilor, but the implications go further. Whether president or not, his voice features prominently in Holyoke political discourse. Moreover, whatever his faults, Jourdain’s exit will leave the old guard without a stabilizing force that can massage incoherent and alarmist complaints about the Morse administration into cogent opposition.

“Kevin and I certainly had our differences, but that’s what democracy is all about, and we shouldn’t expect anything less,” Morse wrote on Facebook. He praised Jourdain’s years of passion and dedication to Holyoke.

First elected to the Council in 1993, Jourdain, 45, went from one of the body’s youngest members to one of its fixtures. But unlike other long-serving members like Joe McGivern or Peter Tallman, Jourdain’s style provokes strong reactions in Holyoke. Ever mercurial, he can be brash or incensed one minute and poking fun at himself the next.

An attorney and executive at Providence Health Services by day, he is a bare-knuckled political brawler by night. He became president by usurping McGiverin after 26 years in the role.

The Essex House after its partial collapse. Jourdain vigorously denied the Council delayed efforts to demolish the building sooner. (via Holyoke High Herald)

Jourdain opposed needle exchange and supported a public art moratorium. He was combative amid criticism the Council had dithered on the Essex House before it partially collapsed on its own.

“It is highly irresponsible and just political mischief for the mayor to now suggest that the City Council had any delay in this process,” he told The Republican during the height of the controversy in 2014. Jourdain blamed the mayor’s and treasurer’s office for the delay.

Usually clad in a short-sleeve oxford shirt and tie, he could be an imperious presence as Council President. Jourdain sought to maintain order over a somewhat rambunctious and often discordant Council meetings, talking back to public speakers and on occasion lecturing his own colleagues.

Jourdain was unrepentant for his style, saying Tuesday evening, he did things “My Way.”

Critics and colleagues across the spectrum put aside their disagreements to wish him well.

“Though I didn’t always agree with him on the issues,” State Rep Aaron Vega said in an email, “he was always open to dialog.”  Vega’s last council term coincided with Jourdain’s first as president.

“He was one of hardest working councilors and he truly fought for what he believed in and believed was best for the city,” Vega continued, urging Jourdain not to be a stranger to future public service.

Part of Jourdain’s novelty was his conservatism in a city that delivered lopsided margins to Hillary Clinton and Elizabeth Warren. A donor to anti-abortion groups and an unabashed Republican, he said he was “tickled pink” by Donald Trump’s election at a recent Council meeting.

“Kevin and I do not always see eye to eye,” Ward 4 Jossie Valentin—and Bernie Sanders delegate—said in a text. “But I do thank him for his years of service,” she continued. “I wish him the best in his future endeavors.”

Despite clearly identifying with the older, white ethnic blocs that once dominated city government, Jourdain sometimes seemed less reflexively opposed to Holyoke’s changes—and mayor—than others. While he frequently clashed with Morse, the two also collaborated on items like on charter updates. They worked with Vega to get them through Beacon Hill. Voters approved two of them.

“To dedicate 24 years of one’s life to elected office is impressive and noble,” Morse said in his Facebook post. “I look forward to working with him throughout the remainder of his term.”

Running at-large Jourdain routinely placed near or at the top, a testament to his electoral strength politics notwithstanding. Thus, he perplexed many in 2015 when he declined reelection at-large. Instead, he sought the Ward 6 seat Todd McGee was vacating.

Mark Riffenburg, an activist and City Hall employee laid off amid Council budget cuts seemingly aimed at him, intended to run. But Riffenburg later withdrew to pursue a job in Nevada. He declined to comment for this article.

Juan Anderson-Burgos, a bank manager, jumped in, but could not halt Jourdain’s move to the Ward 6 seat. Undeterred, Anderson-Burgos had been planning another run and, as of this posting, is the only candidate for the seat. Indeed, in announcing his retirement, Jourdain said he was announcing early so others had time to consider running.

“Of course, we had our differences, but I give a great deal of deference to anyone who spends so much of their time in the service of their community,” he wrote of the retiring councilor. “No matter who takes his place, his presence on the City Council will not be easily replaced. If I am fortunate enough to succeed Kevin, I hope I can count on his advice in filling such an important role.”

But for better or for worse, Jourdain left a huge mark on Holyoke, one no successor can easily replace.

*This post is will updated to reflect incoming reaction and details.