Analysis: Springfield History May Not Repeat, but Will it Ryan?…

After weeks of speculation, former Springfield City Councilor Timothy Ryan announced in a press release this week he would seek an at-large Council seat this Fall. As the city heads into only its second “midterm” Council election since voters extended the mayor’s term to four years, incumbents, challengers and Springfield political watchers are trying to game out how Ryan’s campaign will affect the race.

Ryan is only the latest of significant challengers to seek an at-large seat this year. Many expect Bud Williams, currently a State Rep and an at-large city councilor, to retire from the Council. The other four incumbents have taken out papers and appear likely to run. Yet, Ryan may not shake up the race only for the challengers. He has the potential to alter the arithmetic for the entire field for the five-seat citywide race.

“As a lifelong Springfield resident I have always been focused on making my community a better place to live, work and raise a family,” Ryan said in his release. “I have the experience, temperament and background to assist in the constant effort of moving our city forward,” he continued. 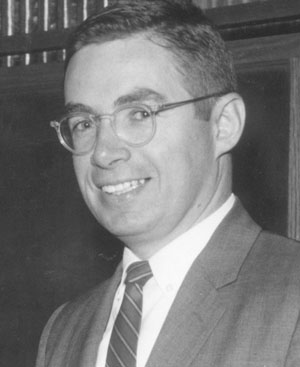 Ryan served on the Council from 1994 to 2003, retiring when the body was still a 9-member all at-large body. That was the same year his father, Charles Ryan, became mayor, 36 years after holding the office once before.

Despite that previous tenure, it is not certain he is automatically a favorite for a seat. More recent runners-up may have more name recognition, a crucial factor. At the same time, changes to the city’s electorate might put him in contention, not at the expense of the other challenger but of the incumbents.

Assuming Williams does indeed retire, three of the four incumbents will be white and Irish, including the Council’s only woman. The former all at-large setup came under attack because it concentrated power in the city’s whiter, wealthier, higher-turnout areas. All candidates ran on the same ballot and the nine vote-getters became councilors.

When the at-large seats shrank to five, this dynamic continued. Yet, it is not clear a critical mass of voters inclined to vote this way—especially those of Hibernian-American persuasion—could elect more than the three seats it already does.

Jimmy Ferrera’s defeat in 2013—replaced by Justin Hurst, who is black—suggests either minorities or those who can ably ride Springfield’s diverse demographics are favored for the other two seats.

There might be an open at-large seat, but would that necessarily be how Ryan could win?
(WMassP&I)

In other words, Ryan may be competing for the same voters as councilors Thomas Ashe, Timothy Rooke and Kateri Walsh. Given Ashe’s repeated first or second place finishes and Walsh’s lonely status as the sole female councilor, Ryan may have little room to maneuver if this theory holds.

But it may not. Other factors like geography could matter more. Ryan lives in Forest Park as does Walsh and challenger Victor Davila. But voters can choose up to five candidates at-large and a strong neighborhood base, while helpful, is hardly sufficient to win citywide.

In any event, Ryan may be the one candidate who represents a threat to everybody running in 2017. Should 11 or more at-large candidates make the ballot, Ryan is all but certain to survive a September preliminary.

Still, a lot needs to go right for the 56 year-old lawyer.

Ryan is an attorney at Egan, Flannagan & Cohen, a firm in Springfield (via eganflanagan.com)

Ryan has yet to open a campaign account with the Massachusetts Office of Campaign & Political Finance. Legal contacts and name recognition should help Ryan there, but fundraising still takes time.

Ryan’s father, and to a certain extent Ryan himself, have fit into Springfield’s loosely defined reform element. Without it, Charles Ryan probably would not have been elected in 2003. Though, it was not enough for the elder Ryan to hold back Domenic Sarno in 2007.

A transpartisan, constellation of political ideologies, this segment of the city’s electorate is often described as what it is not: the establishment. Unabashed progressives, somewhat moderate Republicans, and general do-gooders have had a common goal of cleaning up City Hall. Both Ryans, while still Democrats, have leaned rightward in recent years.

Yet, the reform element is not really a base, either. Its fractiousness means many within it are backing their own horses this year.

Ryan has another attribute—beyond possessing a familiar, Irish name—that could be helpful provided he can broadcast it.

However male and monochromatic the old Council was, characters did stick out. Though establishment or establishmentish councilors reliably won reelection, dissenters and troublemakers could get attention—and win. In his time, Ryan cultivated a rep for fiscal responsibility and touted as much in his release.

Analyzing this claim will require some research into the pre-Control Board era. Ryan left office just before the budgetary meltdown that consumed the city and brought on the Control Board. And in relatively stable fiscal times, will Ryan’s pitch interest voters?

But if it does and his story checks out, Ryan would join Timothy Allen and Michael Fenton as the Council’s most outspoken fiscal hawks.

For now, Ryan will have to focus on building his name recognition back up and defining himself within a crowded at-large field.

That and assuring Springfield voters that potentially three Timothys on the Council is not too many.