SPRINGFIELD—The mobile food truck ordinance swerved around an unexpected obstacle that appeared in its path at the last moment. Abutting property and business owners attended Monday’s Council meeting with the hopes of slowing down the ordinance’s momentum. Despite sympathetic councilors’s efforts, it passed with a rare simultaneous vote on both second and third step.

The opponents achieved a partial victory as at-large Councilor Timothy Rooke requested reconsideration. That will stay the ordinance for now, but the 9-2 vote Monday will not be overturned unless a majority votes to do so at the next meeting.

Aside from the food truck ordinance, the Council reviewed a new environmental ordinance and some land sales.

The PVTA’s landing pads may not be held up much longer. (via wikipedia)

The April revenue and expenditure reports was accepted. Councilors heard reports on the Pioneer Valley Transit Authority’s landing pads and the Mobile Home Rent Control Board.

At Ward 2 Councilor Michael Fenton’s suggestion, the Council referred an MGM street petition to committee. Fenton recalled that there were more details to work out. Columbia Gas utility petitions to replace some gas mains received approval. Another set of reports were withdrawn by the petitioner.

Councilors chewed over a few abutting lot transfers. Some councilors were concerned about the uses of the plots. Two of the land transfers passed ultimately on unanimous recorded votes. Another, on Bowdoin Street, went to committee.

As the mobile food truck ordinance came up, at-large councilor Thomas Ashe said abutters to the Lyman and Kaynor Street food truck slots had concerns. They claimed to have learned of the proposal only recently. 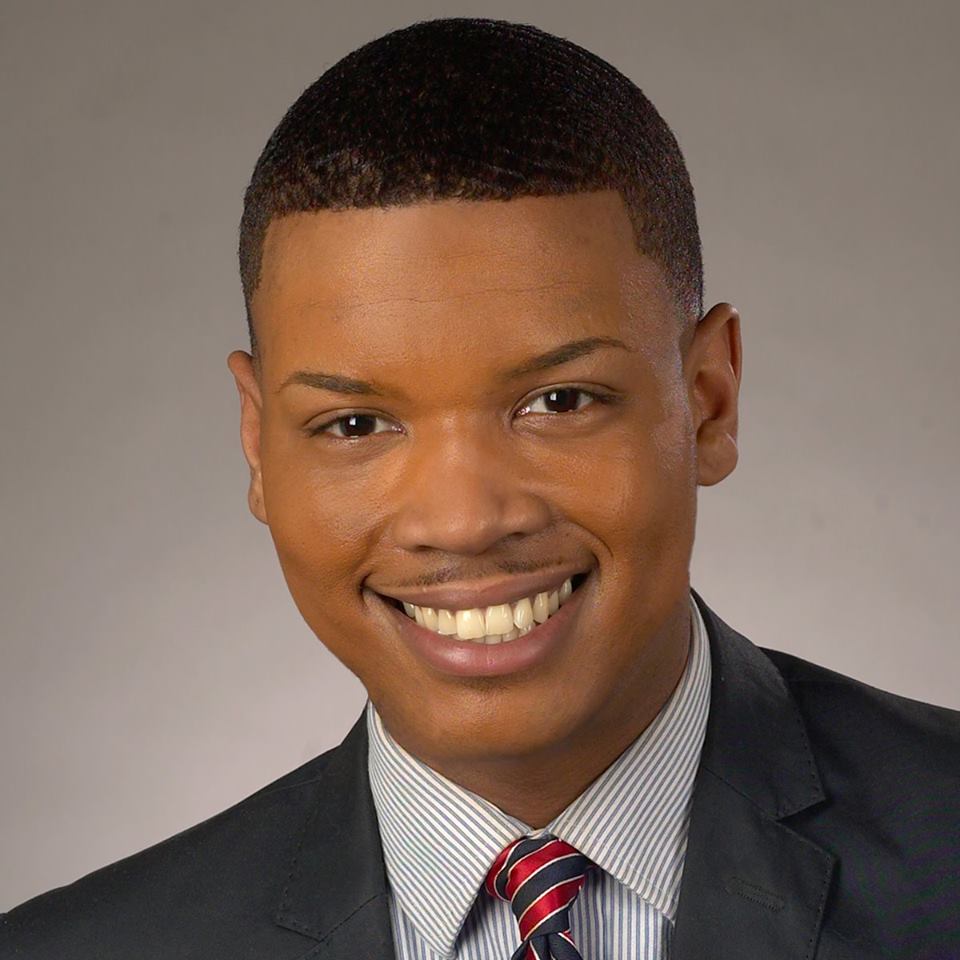 However, ordinance supporters including members of the now-dissolved ad hoc Young Professionals subcommittee and its liaison Ward 5 Councilor Marcus Williams disputed this claim.

Ashe moved to allow abutting business owners and Thomas Rooke, an attorney representing property owners—and brother to the councilor—to address the body. Williams objected. Unanimous consent is necessary for the public to address the Council after a meeting formally starts.

Ashe then moved to send the ordinance to committee. “We owe abutters and property owners who are going to be directly affected, potentially, by this ordinance to be heard,” he said.

The ordinance creates 16 food truck slots downtown—eight near Riverfront Park and eight along Kaynor and Lyman Street. The language does not limit the number of food trucks outside downtown.

The Council did not concur. Put to recorded vote at President Orlando Ramos’ direction, the referral failed 2-9. Only Ashe and Rooke voted in the affirmative.

Rooke asked Department of Public Works Director Christopher Cignoli, about the meeting process. His department will enforce the new ordinance. Cignoli said there were about a dozen food truck meetings. But he indicated the Young Professional subcommittee and the Springfield Business Improvement District handled outreach.

Rooke then tried to invoke Rule 20, a procedural maneuver that halts a spending item pending Comptroller review. “They haven’t had an opportunity to express their opinion to make the ordinance stronger or better,” he said.

City Clerk Anthony Wilson and assistant city solicitor Tasheena Davis advised, and Ramos ruled, that the ordinance did not apply to Rule 20. Rooke protested saying the rule does not permit debate. However, the Council amended the rule a few years ago to restrict its use to items where the expenditure of funds was at issue. Although the ordinance collects revenue, it does not obligate the city to any costs.

Cignoli also requested, and the Council approved, a technical amendment. The change corrected an amending error from the Council’s last meeting and made the ordinance uniform across the city. As the change was not substantive, the amendment did not forestall the ordinance’s final approval.

Using a rarely used rule, the Council merged second and third steps into one vote. Normally, second step is taken as a voice vote followed by a third, recorded vote state law requries. Instead, the Council took a single recorded vote. The ordinance passed 9-2. Only Ashe and Rooke dissented.

Aside from Riverfront Park, in downtown food trucks can park on Kaynor and Lyman Streets in near Union Station.

Rooke requested reconsideration. That paused the ordinance’s journey to Mayor Domenic Sarno’s desk until the Council’s June 5 meeting. Only a majority of councilors can vote to reverse Monday’s passage of the ordinance. That appears unlikely.

“I’m certainly open to meeting with them,” Councilor Williams told reporters after the meeting. But he added some things fall through the cracks, echoing the Council’s minimal appetite for further delays. “All of the meetings were posted publicly as well,” Williams added.

Jay Latorre, the Young Professionals subcommittee chair said the outreach effort was robust. Although he acknowledged the BID was responsible for contacting business and property owners. The BID did not return a request for comment submitted through its website. 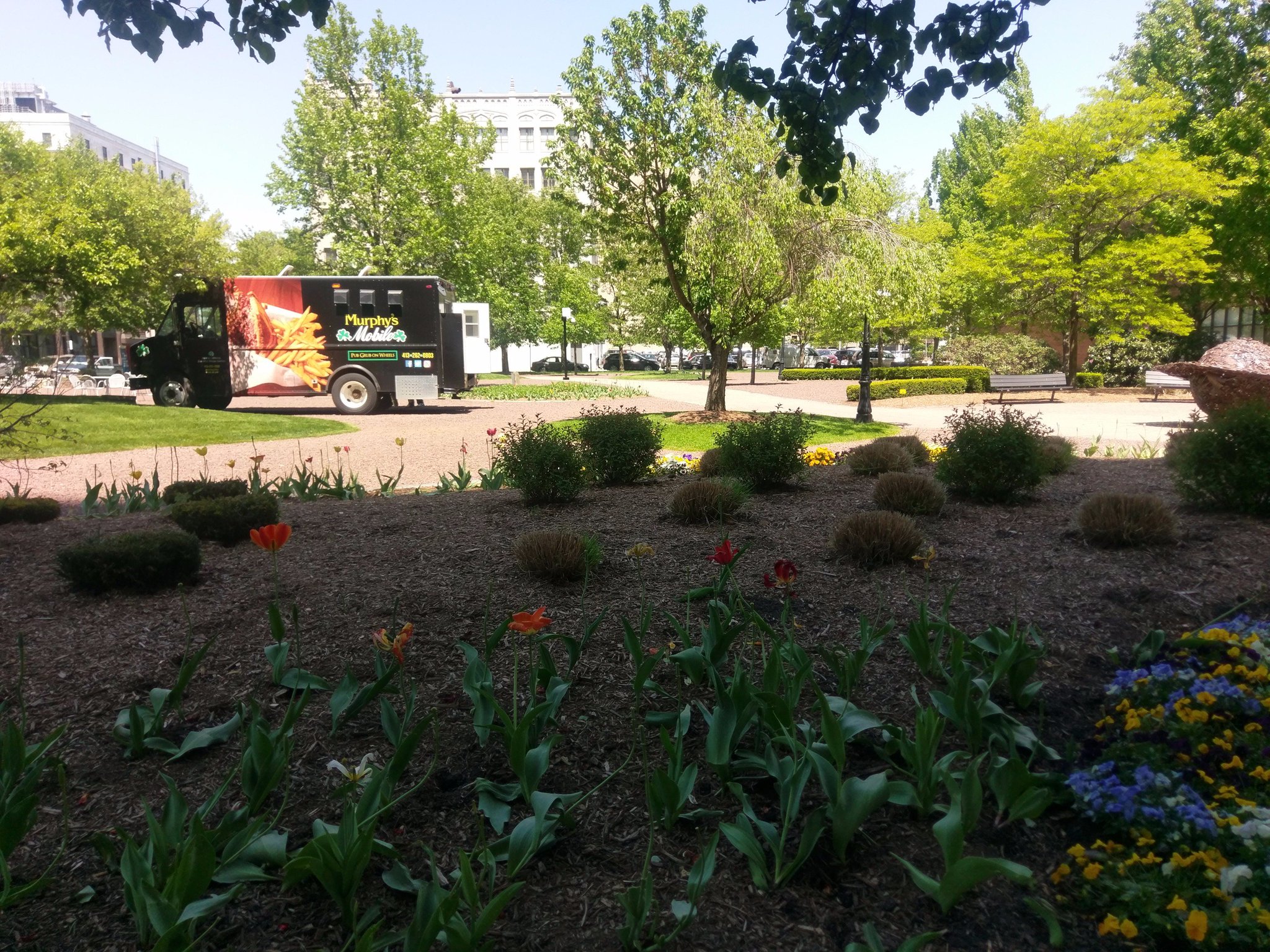 The ordinance would move food trucks off of current spots like the park at Bridge and Main. (via Twitter/@spfldculture)

Thomas Rooke, the attorney, told the paper, he clients were “disgusted” by the process. “We would like an opportunity to discuss issues of the ordinance with them, to see if we can come to terms,” he added.

Williams said ordinance’s language aims to keep food truck slots clean and maintained. He also noted the ordinance will expire June 1, 2018, forcing the Council to review the ordinance. “After a year we can reassess what’s working and what’s not.”

The Council finished the night with first step approval of an ordinance that would ban the burning of construction waste in the city. Though a short ordinance, the matter is complex and interconnects with state environmental law. That cues up a debate on whether the state or the city’s public health council must chime in before the ordinance takes effect.

Though clearly inspired by the city’s long running battle over the biomass power plant slated for Page Boulevard, the ordinance would not affect it. Ward 3 Councilor Melvin Edwards, who chairs the Green Committee, said the ordinance was purely prospective. Construction waste was the original fuel for the Page Boulevard facility, but the developers switch to wood chips to secure state approval.

The ordinance includes fines of $5,000 to $10,000. Councilor Walsh called that “hefty,” but assistant solicitor Davis said this was state law.

In any event, the item passed on first step.

The development of the food truck ordinance was not a secret regardless of how effective outreach was. Abutting property owners bought themselves some time, but the ordinance seems all but assured to become law absent a mayoral veto.

Given the administration’s involvement thus far, this seems unlikely. The seven affirmative votes needed to overturn Monday’s action will be hard to come by.

Should abutters concerns have merit, their best bet may be seeking a new ordinance to amend the one passed Monday. In the alternative, they can may seek changes in 2018 when the ordinance would be up for renewal.