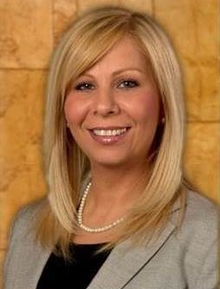 For the second time in less than a year, the Springfield School Committee is losing a member. Rosa Perez, who represents Wards 1 and 3 on the Committee, offered her resignation on June 20 due to personal reasons. As Perez had filed to seek reelection, her departure changes the arithmetic for her seat. Many expected the race this Fall to be fierce.

Perez was also the second person to leave in the current term. Last year, Calvin McFadden, who had held a citywide seat, resigned after he and his family relocated to Agawam. Norman Roldan, whom, incidentally, Perez defeated for reelection in 2013, replaced McFadden. The Committee will choose a person to fill out the remainder of Perez’s term.

“I regret to inform you that I must tender my resignation as School Committee member for Ward 1 and 3,” Perez said in a letter to City Clerk Anthony Wilson. “I am following my spouse who is being relocated out of state for a promotion at work.”

Perez added that splitting her family up, however briefly, was not an option. She wrote that her last day of service would be July 16.

As of posting time, Perez had not returned a request for comment.

Wards 1 and 3 are in yellow and aqua blues along the edge of the Connecticut River. (via Springfield City Hall) Full size

Reactions to news of Perez’s resignation has been positive, but also somewhat muted.

Ward 1 City Councilor Adam Gomez wished her well. “I thank her for her time on the School Committee,” he said in a phone interview. “It’s not every day you get a Latina to run for public office during a time when we need more women in politics.”

Other expressed surprise at the news. Ward 3 Councilor Melvin Edwards said her departure would be “a loss” for Springfield.

“School Committee Woman Perez has always been responsive and caring concerning issues affecting our children’s education,” he wrote in an email.

At-large School Committee member Denise Hurst observed that Perez was doing what was best for her family. However, Hurst said Perez’s time of departure was convenient, having followed the wrap up of the budget and collective bargaining talks.

“It’s always a loss when somebody leaves,” Hurst said. But, she added, “I don’t see it as she left the city and the kids high and dry.”

Perez’s move also has implications for this November’s election. Already Maria Perez—no relation—had pulled papers to run. The entry of Maria Perez, a founder of Women of the Vanguard an advocacy group based in the North End, ensured a heated battle for the seat representing some of the city’s most troubled areas.

Indeed, the Perez vs. Perez battle may have signaled some disappointment with Rosa Perez’s tenure. She came out of nowhere to beat Roldan. However, according to some North End sources critical of her, became elusive thereafter. They pointed to insufficient visibility on issues like the Gerena School tunnel and ending the school-to-prison pipeline.

Maria Perez did not return a phone call as of posting time.

For her part Rosa Perez called being a school committeewoman “a pleasure.”

“I am proud of all we have accomplished in the past three and half years, and I have no doubt the School Committee will continue these successes in the future,” she wrote.

Perez’s tenure overlapped with both successes and some struggles. The system had to contend with fiscal issues and placed the middle schools into “empowerment zones. The latter was, in effect, an alternative to receivership. However, the latter move has received praise for making progress.

City education observers have said, broadly speaking, elementary and high schools are in decent shape for an urban school district. The middle schools suffer, in part, because at that age—grades six through eight—the city’s social ills begin leaching in more profusely.

Springfield School Committee last June. Calvin McFadden, far left, resigned after he moved out of the city. (via Focus Springfield)

Under the City Charter, Roldan, who received the most votes after Perez in 2013, would have automatically had the option to take her seat. However, he now holds an at-large seat. Thus the Committee can choose any otherwise qualifying resident in Wards 1 and 3.

The Committee probably cannot consider replacements until Perez’s resignation takes effect and it has no regular meetings until September. It could make its selection for a new colleague at a special meeting. Yet, that would likely not be until ballot papers close on August 1. If Maria Perez is the only candidate, they may simply select her. Should other candidates materialize, the body may choose a placeholder to avoid meddling in the election.

Indeed, Hurst noted Perez’s exit left room for others to join the race. “She put it out there to give other folks a chance to ponder whether they wanted to run.”

Some pols are airing their preferences, though. Gomez, the Ward 1 Councilor, said he would “throw my immediate support behind Maria Perez.” However, he also acknowledged and tacitly encouraged others to participate.

“People should get involved in politics,” he said, urging people of color, women and LGBT resident to run. “These seats represent the minority of Springfield. If you look at the Springfield school system the demographics are minority majority.”

This story shall be updated as more details become available.