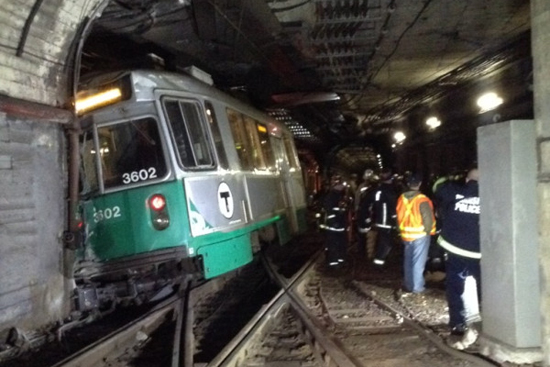 The budget for the commonwealth emerged from its conference committee cocoon early Friday morning missing the fiscal year’s start last week. While the spending plan did preserve many key programs in the face of declining revenues, more than $400 million was sliced from the House and Senate’s proposed appropriations. Spending was not the only casualty, however.

For Western Mass, the budget that hatched appeared more Brundlefly than Mothra given the omission of Senator Eric Lesser’s rail study. The Longmeadow Democrat’s proposal would order a technical and engineering review on how to institute more reliable rail service between Springfield and Boston. The study’s absence frustrates efforts to bridge East and West economically and beyond.

The commonwealth’s Occident did not get the shaft entirely. But few efforts seem able to resuscitate the region as linking the region with the far healthier economy around Boston could.  The project, likely regular rail service competitive with a 90-minute drive, would also inevitably include investments to boost service between Worcester and Beantown.

Some western transportation provisions in the budget were studies, too, which Pittsfield Senator Adam Hinds feted in a press release. Such provisions to consider a new Turnpike exit between Lee and Westfield and seasonal rail service between his hometown and New York via Connecticut. That proposal’s schedule would mirror the CapeFLYER, a summertime service between Boston and Hyannis.

These examples are in addition to the multitudinous goodies every budget has for nearly all 200 legislators’ districts. 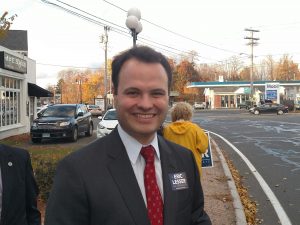 In a statement posted online, Lesser lamented the study’s exclusion from the budget. “I share the frustration of countless residents in Western Mass and across the Commonwealth who are fed up with a political process that consistently leaves our region behind—not to mention stuck in traffic,” he said.

The senator called the outcome “sketchy” while speaking to Masslive. He observed that it made through conference last year—although Governor Charlie Baker vetoed it—but not this year.

“For reasons that have not been explained, it was dropped,” Lesser told the new website. “Someone maybe got to them. We don’t know. But I think that’s something we’re going to have to get to the bottom of.”

Lesser’s suggested the “them” was the House, but did not elaborate. Haverhill Democratic Rep Brian Dempsey, the chair of the House Ways & Means Committee and a co-chair of the Conference Committee, did not respond to Masslive’s request for comment. 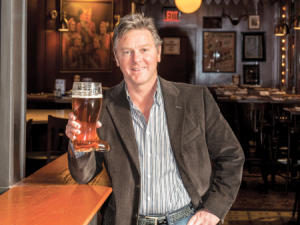 In his statement, Lesser also alluded to “entrenched interests” meddling with the study. That was a more explicit reference to motor coach magnate Peter Picknelly of Peter Pan Bus Lines. Picknelly, a noted Baker fundraiser in Greater Springfield, rather brazenly urged the governor to veto the rail study last year.

Baker did just that and instead proposed a milquetoast assessment of regional transportation, which legislators ignored. Though, neither did they override Baker’s veto before the session ended last July.

How that relates to the House is less clear, but 413 politicos are speculating. While Lesser’s study has fairly broad support among Western Massachusetts reps, their outspokenness of support has a range. There is a rising belief some more senior reps from the immediate Springfield area are using their influence with the Speaker and his retinue on Picknelly’s behalf.

Does Picknelly have a friend in the Bean? (WMassP&I)

Despite the governor bowing at his altar, Picknelly is not an especially threatening political figure. He can raise money, but only so much. Moreover, he has no organization to mobilize against pols that flout his will. However, electeds with long tenures may have developed personal relationships with the mogul.

The threat improved rail service poses to Peter Pan is hardly clear. Still, Picknelly may have leveraged these contacts to influence the process. A rail study, with differing language, was in last year’s FY2017 House budget. Its absence this year now seems like more of a red flag.

The study’s absence invited further jeers about budget negotiation overall. In a statement, Newton Mayor Setti Warren, a Democratic candidate for governor, ripped the entire process. But he singled out the omission of the rail study.

“Beacon Hill has decided that we’re not going to be a Commonwealth that connects the booming Boston area economy with important cities and towns in Western Massachusetts who have much to offer,” Warren said.

The failure to include the study in the budget is not the death knell for Lesser’s proposal. It exists as separate legislation and has been favorably reported by the Joint Transportation Committee before. As legislating has ground to a crawl on Beacon Hill, the budget, a must-pass bill, has been a preferred method of enacting Lesser’s study.

Given Lesser’s defiance, it is plausible he switches tactics. That may get the ball rolling on this lifeline for the West.

“While the study was not included in this round, eventually good ideas have a way of bubbling to the top,” Lesser said in his statement. “And I am confident that we will once again get this to the Governor’s desk for signature.”