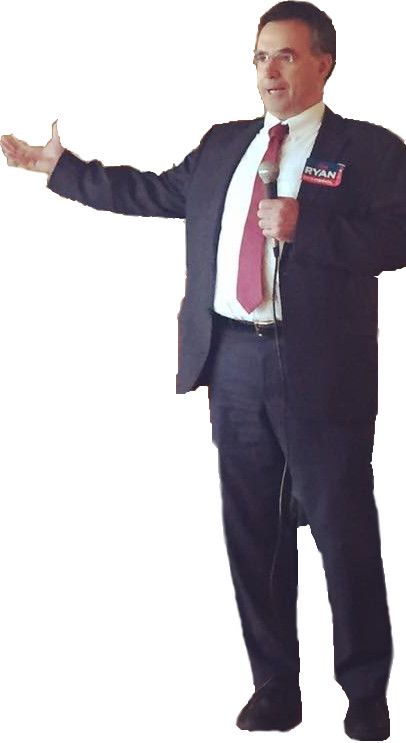 From 1994 to 2003, Tim Ryan served on the City Council through what history might consider Springfield’s most defining time in the last 30 years. Serving through Albano’s fiscal chicanery and, before the Council, on the former Police Commission taught Ryan some things. Now he’d like to share them with the class.

WMassP&I:  What made you decide to jump back into the beautiful and luxurious world of Springfield politics?

Tim Ryan:  It’s not the politics.  It’s the government. And it’s partly in my DNA. But I still live here.  I don’t want to leave.  I think I have the experience and the ability to be a positive force in the day to day world of the city government.

WMP&I:  What made you decide to run the first time?

TR:  I thought I could be an effective voice way back then, in terms of what was going on in the city and I hope for ten years I was that.  But then I just got too busy with the kids and it was time to get out.

WMP&I:  Obviously Springfield has changed in that time since you first ran. What do you see as different today?

WMP&I:   What issue would really want to focus on if you are elected?

TR:  It’s really two issues.  One: we’ve got to continue to pay attention to the budget.  I just saw that Hartford’s going to declare bankruptcy [depending on the State budget]. You have to continue to make sure we have the money and stay within our means.  The second is we have to continue to work within the police department.  I don’t think the current system is working.

WMP&I:  Expand on that a little bit.  What in the police department do you think is not working?

TR:  I think the single commissioner model…it was the control board imposed it more as an act of political expediency than it based on any meaningful study or reform.  I think the chief should be the day to day supervisor/controlling agent/executive of the department, but you need above the chief and between the chief and mayor, an independent civilian board with broader powers than what the citizen’s review board had today.

We [the old police commission] actually held hearings. The people were able to speak. It wasn’t perfect, but it was better than what there is today.

WMP&I:  Obviously, the old Police Commission had problems. How would it need to change to address those problems?

TR:  The old system wasn’t changed due to any political concerns. If you recall, [former State Public Safety Secretary Ed Flynn] became our chief. My sense is people within the Control Board knew who they wanted to be the next chief and it was going to be Ed Flynn. The last thing Ed Flynn wanted [was] five unwashed civilians of Springfield as his bosses. Going forward we have to get a commission that has power.  Ultimately, it will be populated by mayoral appointees.  You have to trust the mayor [to appoint] men and women who have the background, the integrity to do the job the right way. 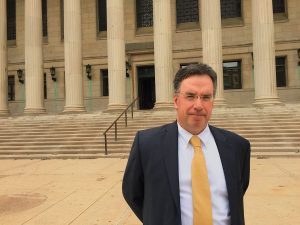 WMP&I:  Another thing people remember about your tenure on the council is budgeting, which coincided with the Albano era. What do you remember from that time you could apply to today?

TR:  Michael [Albano] was able to get away with a lot of smoke and mirrors.  I was kind of the leader of the loyal opposition.  If Michael said one and one equals eleven, there were too many people who’d say yeah, he’s right.  Mayor Sarno’s team, to my mind, is a much more sober and realistic.  We have to make sure revenues match, expenses are not out of control.  We’ve got the structural deficit with the retirement fund.  When I was on the council, every year we were getting eight to ten million dollars a year increases in health insurance. You have to continue to fight those kind of line items, which could swallow up the whole budget, year in and year out.

WMP&I:  One of the observations I’ve had is, perhaps even going back to your father’s first mayoralty, an over-emphasis on downtown…

WMP&I:  …at the expense of everywhere else.  Is there policy that the council can enact that would try to curb that or are the special interests too powerful?

TR: It’s not special interests. Because let’s look at Monarch Place. It was a Mayor Neal, Congressman Neal project.  Is the city better off or worse off with Monarch Place?  Obviously, we’re better off with it. What you had was a broken down hotel, broken down parking garage and old remnants of Forbes and Wallace. Mayor Neal made that happen. You have to continue to foster downtown, but we haven’t been paying enough attention to the neighborhoods.

WMP&I: You mentioned Hartford earlier. If Aetna can leave Hartford, it certainly possible MassMutual could leave Springfield. How do we prevent that from happening? Is it really even in our power?

TR: Yes and no.  Mass Mutual is a key player.  I don’t know what the relations between Mass Mutual are with the mayor’s office, with the community development people.  I don’t think they’re as strong as in the past, but that’s just my observation.  One of the principles of economic development is we have to retain what we have.  We have to tell them we love you.  Whether it’s a Mass Mutual, whether it’s a small machine shop, what can we do to assist you? And we have to keep the lines of communication open.

Aetna didn’t leave Hartford. The executive suite is leaving Hartford. Aetna will still be in Hartford.  Some people said Cigna did that years ago, left Bloomfield and now senior management has come back. Is it the executive who said, “I don’t want to be in this podunk town?  I want to go big time.” Hopefully, MassMutual realizes that they have a significant history here, and they are well-loved. Without MassMutual, Western Mass. would miss them.

WMP&I:  Shifting gears, what kind of Springfield institutions do you like to patronize, spend your time at?

TR:  I have been seen on occasion at the Student Prince.  Family Pizza around the corner. Typical Sicilian.  Those would be some of my favorites.  I love to go in the park. Forest Park.

WMP&I:   Perhaps I will be surprised or perhaps I know the answer what political figure in the area do you try to emulate?

TR:  Everyone tells me that I look like my father.  And my mother was much better looking.

WMP&I:  Anything else you’d want to add before we close?

TR:  No. Thank you.  I will add this. Last night [Sept. 6] at that forum up at Beal school, I was speaking to someone today.  What most impressed me by last night was the quality of the people who are running for both city council and school committee. I don’t know how many people spoke, 20-25 people. They’re all very, very good people.  That’s a hopeful message.

*Interview conducted on 9/7/17 at Law offices of Egan, Flanagan & Cohen in Springfield