Courting 36 Court: McDonald Is Looking at the Big Picture…

Jynai McDonald says she is applying her experience on campaigns and community organizing to her candidacy. That path from activist to candidate has given her a wide-angle perspective on Springfield’s needs. That includes, perhaps, a focus on cultivating role models for future leaders.

WMP&I:   Tell us how you became active in your community.

Jynai McDonald:  I’ve been active since I was in high school, protesting the quality of the school lunches. I’ve always been active in my community.   I think I focused my effort once I became politically active.  I started working on a campaign for Carlos Gonzalez when he ran for state rep. That really opened my eyes to how you really make change in your community.  I started to learn that if you really want to make change, you want to make an impact: one, there’s power in numbers; two is through policy, the legislature. That connection [being on a campaign] helped me link up neighbor to neighbor.  I was able to do some statewide initiatives like with criminal justice and CORI reform, fair share tax.

WMP&I: Tell us a little about what you do and then how will you be able to apply that to City Hall?

JM:  I’m the Western Mass. regional manager for a statewide nonprofit.  We specialize in education, primarily adult basic education for young parents and for English speakers of other languages for the underemployed or underprivileged population.  We also do workforce training.  That would uniquely qualify me for the City Council seat. What this city really needs is to continue to bring in economic development that’s going to create jobs for city residents.

We need great paying jobs for our city residents so that people young mothers, single mothers, young parents can afford to take care of their families, become self-sufficient, become homeowners, and become more invested in the communities that they live in.  And that’s going to create that wraparound loop of public safety.  When you own your home, you’re more invested in your community. You have more of an interest in it.  You are more likely to take ownership of your street and buy into that community policing model that I believe in.

WMP&I:  Do you have any specific, legislation or initiative that you want to focus on at City Hall?

JM:  [For] my work on a city’s community police relations committee, we’ve been doing some ward tours listening to city residents and going to be making recommendations for the city. I can’t necessarily speak too much on that because we haven’t done all the wards.  But on the City Council, I would love to address some zoning issues in downtown like, Dwight Street through Chestnut.  There are some serious environmental issues, like [underground] fuel tanks, if we’re talking about bringing market rate housing to downtown and eventually having high speed rail. If you’re going to tell someone, you’re going to pay $1200.00 a month for rent they should have somewhere close, accessible and healthy to shop and be entertained by.

WMP&I:  You did mention the community police relations board and I understand that you can’t necessarily talk about legislation recommendations, but what has that brought to your candidacy?

JM:  It has broadened my scope on public safety.  Concerns that we’ve received weren’t all necessarily directly tied to what comes to mind when you think of community police relations. Some people want to know that they have police that live as residents in their neighborhood. Some residents want to see that there’s a stop sign or some intersections are improved. Or maybe that a police officer be at that dangerous intersection while we work on the process to actually get a stop sign or traffic light. 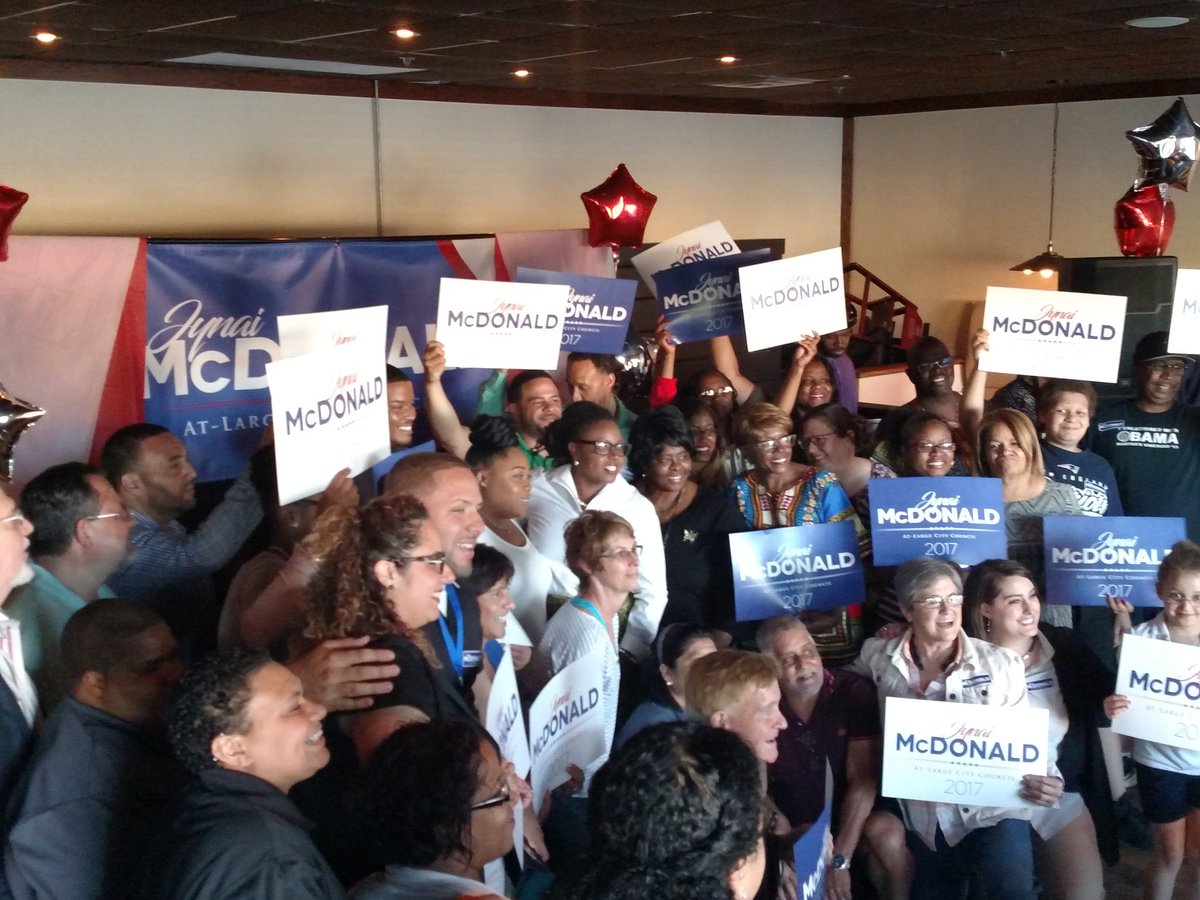 WMP&I:  Do you think that the Council is doing enough in the area of financial and executive oversight?

JM:  I think that there’s always more room for improvement.  I know that there is one-line item that I would definitely like to increase.  This year there was $100,000.00 allocated to after school programs. With the city serving 26,000 students, we need to increase that line item. We need to give our young people more opportunities outside of the classroom. That is going to help with crime reduction down the line.

WMP&I:  You mentioned working for Representative Gonzalez. What role do you envision a city councilor having in advocating for the city outside City Hall.

JM:  I think that’s really important.  Some of the questions and concerns that come to me even as a city council candidate aren’t necessarily city issues.  I think it’s important to work with our peers on the state level and even in other cities. When you talk about things like the casino, other economic development, you have to consider how this is going to affect, not just Springfield, but the surrounding towns.

JM:  I do love AC Produce, Main Street Market. I often run there for lunch and I live right around the corner from there in the South End.  When I’m feeling like I want a great pizza, I will go to Red Rose. I don’t know what their business model is, but I respect it because they’re standing the test of time. I love Mocha Emporium on Main Street.  It’s a new cafe, but it’s kind of upscale.  He also participates in the youth employment program in the summer.

WMP&I:  It’s funny you should mention the South End because it made me think: one of the opportunities of running at large is you get to be throughout the entire city. What have you discovered about other parts of the city in branching out to the entire city?

JM:  I have discovered that we all want the same things.  We all want a great quality of life.  We all want safe neighborhoods.  We all want great great paying jobs.  How we get there is going to be different for different families.  What I look to do is really be a voice for all communities and get people to understand that Ward 7 looks beautiful, it appears that the crime is lower there. That doesn’t mean they’re not concerned about the rest of the city and vice versa.

WMP&I; What political figure in the area  models the kind of councilor you want to be?

JM:  That’s a tough question.  That’s really why I’m running.  I felt like I had to look to male politicians to take me under their wing and show me the ropes and give me exposure.  That’s when I noticed the lack of women leadership on the council.  So my goal is to get there and be that [role model] for other young women down the road.  Not necessarily be a gatekeeper, but to create a pipeline of qualified young women to be leaders in the city and run for public office.

JM:  I just want to say thank you for this [interview] opportunity.