Kelvin Molina got into the race with little time to spare. Yet, he has made the most of his short campaign. He has put a particular emphasis on improving Springfield’s notoriously poor community engagement. Many have tried before, but he argues his background doing just that will give him an edge.

WMassP&I: You were a late entrant into this race.  What prompted you to get in suddenly, seemingly suddenly?

Kelvin Molina:  So it is seemingly suddenly.  I think for me I’ve been thinking about running for political office for some time. I’ve dedicated a lot of my time to trying to learn more about the system that is our city of Springfield. It just felt like the right time. There’s been a lot of things that are not happening and we all know it. The economic development, the work that’s being done. It just felt like the time was now for someone with my background and experience to be a part of the conversation.

WMP&I:  Tell us a little bit about that background and experience.

KM:  My professional background is in city planning.  I have degrees in regional planning and public administration.  I spent some time at the Pioneer Valley Planning Commission doing transportation planning work, community development work, along with housing and land use, things like that.  But it wasn’t until the tornado swept through that I felt like I needed to do something specifically within the city of Springfield.  At HAP Housing [I was] doing community building and engagement work, implementing the Rebuild Springfield plan.  I partnered with several different municipal departments to move forward with the rebuild Springfield plan had…and working also with community to get them to be a part of the process. During that time, I was door-knocking and getting people involved.  Concerns about public safety started being the common thread around why people weren’t coming out.

After that, there was an opportunity within the City of Springfield to spearhead the South End C3 Public Safety Initiative.  I’ve been working on that for three plus years now. I focus specifically on building collaboration between residents and police officers and building that trust and regaining a legitimacy of shared interests and desires to work together.  We’ve been able to decrease crime over twenty percent in the South End, but [there is] also people’s change on how they see the community, the perception. They feel more like they’re able to walk around.  They know more of their neighbors.

I have been a lifelong resident of the city of Springfield.  I grew up in the North End. It wasn’t the best of times, but I did grow up with a sense of community. We were lucky for that.

WMP&I:  How do you see turning your experience into action on the City Council?

KM:  When you think about creating policy that impacts the quality of life, it’s important to incorporate [residents’] voice.  Time and time again, I’ve been in positions where plans are developed, policies presented, that didn’t take into account the way that it would impact the individual.  I would continue to reproduce what I’ve been able to do now with C3 South End, which is making sure we create a transparent process and regularly encourage and provide diverse opportunities for residents to engage in the municipal process. Action is really going to be always ringing the alarm about whether or not this was a publicly engaged process. Most importantly I think that when it comes to action that its really incorporate your voice into policy decisions. 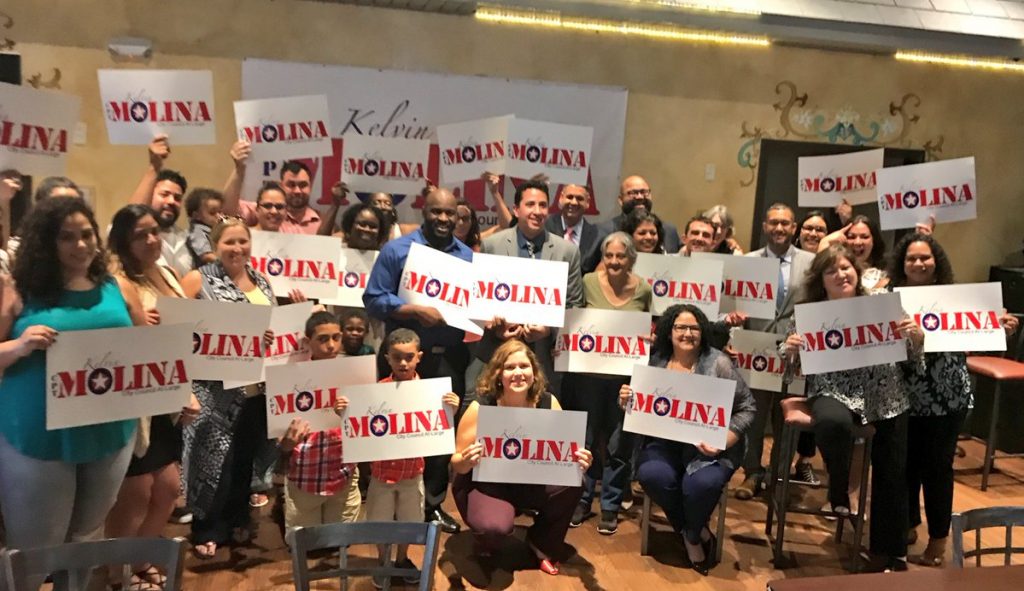 WMP&I:  What are some of the major issues that you see the city facing and specifically ones you would want to work?

KM:  I want to focus or spend special emphasis on three things.  The first is public safety, ensuring there is a collaborative effort on addressing the root issues of crime and not necessarily only relying on police.  It’s also relying on the community to play a role.  The second is economic development. But we have to make sure that all residents, regardless of background, benefit from that economic development activity.  I’m talking all the way down to the folks who are unemployed, underemployed. And then the third is my core, the community engagement piece, really making sure that transparency is honored, that residents have ample opportunity to communicate.  Not only that, but also for the governing body to understand the [transportation, language, time] barriers that exist, making sure that we as a body overcome those barriers or help the community overcome the barriers.

WMP&I:  You mention transparency a lot. Do you get a sense of why Springfield is very bad at this?  Is Springfield unique in this way?

KM:  You know, I don’t think that Springfield is unique in this way.  I always touch back into my military experience. Every single time we’ve had a mission or training exercise that goes through, one of the biggest “needs improvement” is always communication. In the military, it is also big when it comes to any community work. Just because you’re working with a diverse group of individuals that learn things through different means. You know traditional means the newspaper. Whether it’s social media.   I don’t think it’s we’re unique to [poor transparency], but what I will say is that we acknowledge that.  You just can’t continually acknowledge that we’re bad at communicating.  Let’s try to figure ways to overcome that.

WMP&I:  What are some unique Springfield place you like to spend time, spend your money?

KM:  Bueno y Sano.  But one of the things that I’ve enjoyed most working in the South End is really getting to know the local businesses.  There’s a food truck [in the South End], I don’t the name because they’ve changed a couple of times. I always go there whenever I forget my lunch from home.  So I’m always at the new bodega in the South End.  Another example of a small business whose come in trying to create a more than just selling a product but creating community impact.

KM: When I speak to our community, everyone sees change happening in one way or the other.  Our community hopes that the changes are positive but our city hasn’t the best of luck in the past.  There is a certain element of uncertainty that people struggle with.  I understand this completely because I also feel the same. I strongly believe that the time is now for new leadership.  Leaders with a proven track record of creating positive community change.  I believe I am that leader and I look forward to the possibility of becoming a member of the City Council focused on creating that change.**

**Final question was answered via email as library closed before it could be answered.