Take My Council Please: To the Riverfront of the Line…

SPRINGFIELD—Fresh from elections that returned all incumbents seeking another term, the City Council returned to a session full of finance and riven by accusations of inequity. Among the financial items were a home rule petition, grants and bonds for several city projects. It would be a bond to match grants to renovate Riverfront Park that hit a snag.

Monday night Ward 8 Councilor Orlando Ramos questioned a downtown project—Riverfront Park sits at the foot of State Street—when there are other city needs.  With four members absent, Ramos’ opposition alone could derail the bond.  That, in turn, prompted harsh critiques from his colleagues as the item hurtled, inevitably, toward a short-term defeat.

At-large councilors Thomas Ashe, Timothy Rooke, and Bud Williams and Ward 6 Councilor Ken Shea were absent. Williams, who is also a state representative, was likely in Boston where the House was in session.

Jesse Lederman and Timothy Ryan, both elected to the Council last Tuesday, joined councilors Monday inside the rail in the Council Chamber.

Ward 1 Councilor Adam Gomez also offered an update on the Community Preservation Committee.  He said the city assessor’s office recently estimated $705,000 will be available to the CPC after voters approved a local question last year.

Councilors approved a package of school items. Among them was a foodservice agreement with Holyoke, a $7.5 bond for a foodservice plant on Cadwell Drive and a home rule petition on charter schools.  All passed unanimously.  The School Department will reimburse the city for the bond.

School Superintendent Daniel Warwick told councilors the home rule petition mandates full reimbursement to Springfield for charter schools. State law already requires this, but the legislature has not fully funded it. Instead the gap comes out of traditional public school funds.

The petition is unlikely to pass the legislature.  However, Warwick told the Council it was part of a wider effort from state school committee and superintendent associations.

The Council accepted revenue and expenditure reports from Comptroller Pat Burns. Burns told councilors fiscal year 2017 ended in surplus, but a narrow one as is typical.

Utility reports were accepted on a voice vote as were big grants for the Forest Park Swan Pond Culvert and for Van Horn Park.  Respectively, those grants amounted to $3 million and $600,000 from the state.  The Council also greenlit grants for elder outreach, early childcare, homelessness, and a cultural grant and blessed a five-year lease for photocopiers.

Parks chief Patrick Sullivan with HHS Commissioner Helen Caulton-Harris in May (via springfield-ma.gov)

Parks, Recreation and Buildings Director Pat Sullivan explained a $104,000 grant for Old First Church, would go toward a study.  The structure, which the city acquired after the congregation disincorporated, will need a multimillion dollar renovation in the future.

The Council authorized another $2.5 million $2.75 million in sidewalk and vehicle bonds respectively.  Department of Public Works chief Christopher Cignoli said the sidewalk work would prioritize those sidewalks that have been on the request list the longest and those with temporary asphalt fixes.

Responding to Ward 5 Councilor Marcus Williams, Cignoli explained sidewalks likely to affect the elderly and disabled had top priority for complete replacement as those often featured the unsightly asphalt repairs.

Cignoli said the vehicle bond would replace some trucks and equipment dating to the 1970’s and 1980’s.

However, Monday’s drama centered on the Riverfront Park bond.  The project, consisting of $1.6 million in municipal bonds, $400,000 in state money and another million from MGM, will be the first major renovation of the park in four decades. A view from/of Riverfront Park in Springfield (via springfield-ma.gov)

Sullivan and Capital Asset Director Peter Garvey said the endeavor would include a fountain, lighting, updated kiosks and upgrades the Army Corp of Engineers requires. It should be finished shortly after MGM opens next year.  Rather than pursue it in increments, the project realizes the full master plan.

Councilors feted the project and peppered Garvey and Sullivan with friendly questions.  The item appeared ready for an easy passage until Ramos, the Council President, ceded the podium to Vice-President Hurst.

“I like the proposal, I like the project,” Ramos explained. But, he added, “When  you put it into context, there are other parts of the city that are in need of repair.”

Ramos said Springfield had many small ticket park needs, including establishing a swimming location in Indian Orchard, which he represents. “I just think we need more information about what the overall plan is for our parks in Springfield,” he continued. Ramos said he could not support the bond for now. 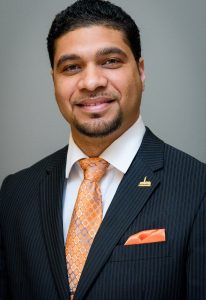 Sullivan, while receptive to Ramos’ concerns, defended his departments commitment to parks citywide. He noted that several grants—to which he likened this project—and outside resources were used to maintain parks.

Downtown does receive a disproportionate share of city resources. The role of spectacle in Springfield politics and the downtown real estate interests encourage this inequity. Among parks, this may be less true. Even excluding Forest Park, many neighborhood parks dwarf Stearns Square, Court Square and Riverfront Park combined. All three are getting their first investments in years.

Ramos moved to send the bond to committee until Sullivan could report on a parks plan.

Allen tried to rally support by saying progress on Riverfront Park would reflect well on the city. “How about a vote of confidence,” for Springfield he said.

Others, mindful of the margin, were willing to countenance Ramos’ motion to keep the bond alive.

Bruised by the criticism, Ramos defended himself and he would support the bond after a committee hearing. “I started off talking about the need for parity,” he said.

The Council voted 6-3 on the committee referral with Allen, Walsh and Councilor E. Henry Twiggs in opposition. City Clerk Anthony Wilson initially declared the referral passed, but later informed the Council that was a mistake. Like all measures, seven votes were necessary.

The outcome did not change. A new committee referral failed 6-3. The bond itself failed 8-0 with Ramos abstaining. The bond is not dead, though. After some confusion among members, the Council voted to reconsider the bond at its next meeting.

The meeting closed with an abutting lot sale on Crosby Street, notice of a zone change, and first step on a snow removal ordinance. Cignoli, the DPW director, said the ordinance should help curb commercial property owners who plow their snow into city streets.  Councilors debated the matter briefly before passing first step on the bill.

Ramos’ move is not a new tactic among councilors pushing an issue. Others have done it for matters far less important than neighborhood equity.  In olden times, councilors would invoke Rule 20.  No longer. But the majority’s will—or in a bond’s case, the supermajority’s—can quickly undo such efforts. Using widely popular measure to make a point may have undermined Ramos’ efforts.

The Council’s permit hearing on November 27 was originally when councilors discussed Monday bringing the bond back. That timeline was apparently too slow. Walsh, who chairs the Maintenance & Development Committee, scheduled a hearing for November 20 at 4pm. One hour and fifteen minutes later, the full Council will hold a special meeting to consider the bond anew.