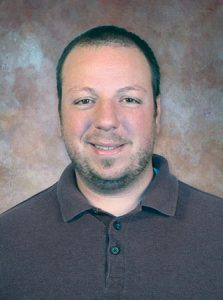 The economics of journalism and media remain volatile, especially in local markets and for alternative and community weeklies. Now, leadership changes have come to The Reminder, an East Longmeadow-based community weekly, if not due to turmoil.

Christopher Maza, an assistance managing editor worked his last day Friday. He is leaving for a job as senior writer for American International College’s alumni magazine.  His decision also speaks to the industry’s challenges.  However, Maza remains bullish on the paper to which he dedicated seven years.

“I’d like to mention that I leave with full confidence that the good work at The Reminder will continue,” Maza said in an email.

He praised managing editor G. Michael Dobbs and Payton North, who takes over his responsibilities as assistant managing editor.  He also mentioned Jordan Houston, a recent addition, whose background includes an investigative internship with The Washington Post.

Ad dollars’ migration online, exacerbated by a weak local economy, has created challenges for all media in the 413. The Reminder has altered to its schedule and format to stay nimble and respond to news, especially follow up stories. But it has not been easy.

“The problem with journalism today is while there is huge demand for quality content, the issues with money also loom largely,” Dobbs said in a message. “We have been more insulated than some dailies to these problems, but it affects us as well.”

Like many publications The Reminder has tried to turn more attention to its digital presence lately. (via Facebook)

In even the largest metropolitan areas, small media have shriveled. Alternative papers like the Boston Phoenix and Baltimore City Paper have folded. Others like the storied Village Voice have become digital only.  Countless community papers have withered with little fanfare.

For now, such publications are surviving in the Valley. The Valley Advocate, based in Northampton, went through a transition in October. Kristin Palpini left the editor’s spot for a reporting gig with The Berkshire Eagle. Her farewell indicated a positive situation for the alternative paper.

“I took on the role as editor of this 44-year-old alternative weekly newspaper in 2015 with the mission to shake this paper the hell up and bring in a more I-heart-punks approach to reporting on the Valley and its arts and culture scene,” she wrote in October. “In this I think I have succeeded.”

The Reminder is a bit calmer than the rough and tumble world of alternative press. However, it did give Maza an opportunity to spread his wings, too. In his email, he said Dobbs and co-publishers Dan and Chris Buendo took a chance on him as a sports freelancer.

In addition to area town government, he covered were the 2011 tornado, a voter registration fraud scandal, and a sexual abuse scandal in sports. The paper even won an Independent Free Papers Award in 2016.

In addition to working up to an editor position, he was given some more freedom (and responsibility) to write a beer column and advance the paper’s social media presence.

“I’m very fortunate to have been in an environment where growth and initiative were encouraged,” Maza said. He said he hoped the relationships he built over that career would continue to serve him in the future.

Among the things Maza looks forward to is taking a more active role in Pine Point, the Springfield neighborhood in which he and his wife live.

Dobbs recognized Maza was doing what’s best for his growing family. Maza and his wife are expecting their first child. The pay and schedule at AIC were factors in his decision to leave.

“Here’s the lowdown on Chris Maza – he’s the real deal,” Dobbs said. “An-old school-give-a-crap reporter who has worked his beat well and has contributed greatly to the editorial efforts at Reminder Publications.”