Editorial: “Out of the Mouth of Babes…You Have Ordained Strength…” 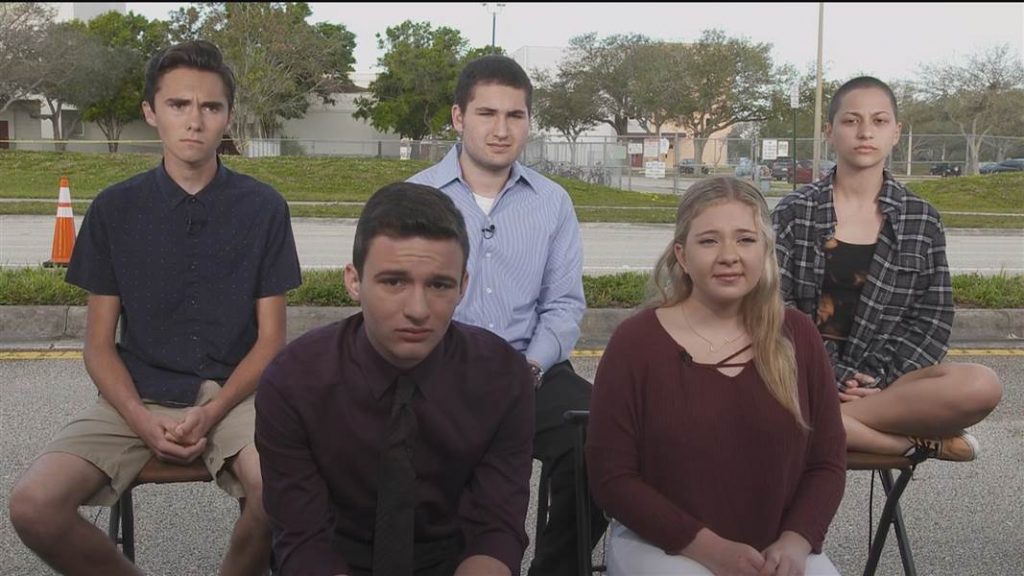 Parkland dropped a record, but this isn’t a limited engagement. (via NBC News/Meet the Press)

Short of showing the full and true horror of gun violence on TV, very little might actually shock the country into action on guns. The slaughter of 20 Connecticut first-graders in their classroom horrified and spurred that state and a few others to act, but not the nation.

In the hours after Nikolas Cruz allegedly gunned down his former classmates and teachers, resign that Parkland, Florida would be no different took hold. Then something happened. The survivors from the Marjory Stoneman Douglas High shooting spoke out forcefully and with a bluntness usually verboten under typical political conventions.

“The people in the government who were voted into power are lying to us. And us kids seem to be the only ones who notice, and our parents, to call BS!” Emma Gonzalez a Stoneman Douglas senior said. “That us kids don’t know what we’re talking about, that we’re too young to understand how the government works. We call BS!”

Gonzalez was one of many students speaking out. It began even before the shooting ended. David Hogg, another senior and an aspiring journalist, interviewed classmates even as they took shelter.

“We’re children,” Hogg said on CNN last week. “You guys are the adults. You need to take some action and play a role.”

Yet these “children” can speak clearly and intelligently. Growing up in the digital age, they know how to leverage social media to project their message.

The NRA thinking: "They're just kids. They'll get all excited about their proms or their Facebook walls or something; maybe some new singer or fashion trend. Don't worry. They'll forget."
Not this time.

Something is happening. Pay attention. https://t.co/D1lVxV71Xr

This blog supports universal background checks—tough, thorough ones—and it supports a ban on the most destructive weapons. No other Western country suffers from the scourge of mass shootings. They happen because the angry, unstable, ill and criminal have ready access to weapons.

To be generous, guns—especially weapons like the AR-15 whose rich tradition dates to the nation’s founding in, uh, 1959?—are about culture and fun. We say fun because there is little sport in mowing down a deer with an assault weapon or 30-round clip.

Is this really necessary? An AR-15 like the kind used in Parkland. (via wikipedia)

The “mine, mine, mine” says less about gun owners than gunmakers. Gunmakers are the money behind the National Rifle Association. Why else would the group oppose universal background checks, high capacity magazines bans or, very often, outright strict prohibitions on dangerous individuals owning a gun? Those rules don’t affect law-abiding gunowners, but they could depress sales.

This blog does not mock faith but the thoughts and prayers offered in these situations are ironic. Tendered alone, they only further the cynical mammon of the firearm industry.

The fearlessness of these kids stands out. It is not just fearlessness in the face of smears from the slime of humanity. They demand the right to live without fear.

Okay, but is it working? Are we really less fearful? (via wikipedia)

The seniors from Parkland were not even toddlers when the Twin Towers fell. By comparison, your editor-in-chief was a high school freshman.

Parkland students only know the world the September 11 attacks defined. Some responses were wholly justified. Others became expensive boondoggles or worse bordering on irrationality.

Airports are not quite fortresses, but they are instructive here. Clearly airport security before 9/11 was shamefully insufficient and barricading cockpit doors was a startling simple solution. New and very real threats exist, but a great deal of screening today is theater. It serves no actual security purpose—or there’s little proof it does—but it reassures. That reassurance also fortifies fear.

Gun advocates’ response to these tragedies is turning schools into fortresses with armed guards, and now armed teachers. Putting aside notions that good guys with guns automatically, sigh, trump bad guys with guns—Ronald Reagan would beg to differ—this is itself a surrender.

Certainly, these measures will pad gun sales and they might stop a shooter, but at what cost?

Fort Knox protection may do gold no harm, but it comes with a tradeoff for student. Locking them down rather than taking more effective measures will only stoke their fears, not free young people of them. 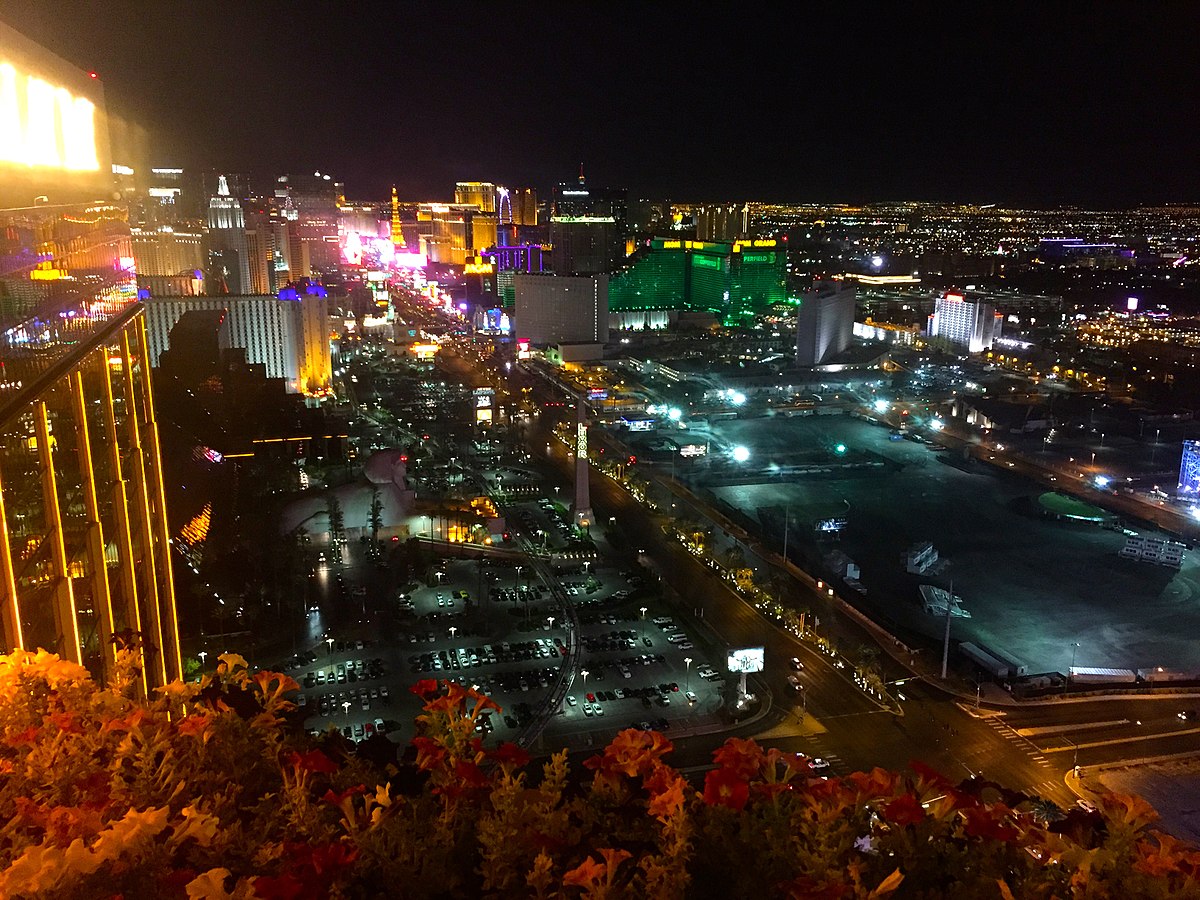 A view of the Las Vegas Strip showing both the concert venue (right) and side of the buidling the gunman shot from (left). (via wikipedia)

The Parkland students do want this future. Like any group of people there is diversity of opinion, but they are rejecting choices made only on the gun lobby’s terms.

Stiffer background checks and banned bump stocks—which were used in Las Vegas, but not Parkland—are a start. But the brutality and access of these weapons must be reined in, too.

These young people insist they can both be and feel safe without school becoming a citadel.

The Flower of our Youth

Jon Favreau, the host of Pod Save America, and others have observed that this shooting is different, at least in the response from the community of victims. Unlike in Sandy Hook, these kids are fully capable of articulating their fears, their disgust with pols and their aspirations for better.

At the CNN town hall on guns, Cameron Kasky, another Douglas High survivor looked Florida Republican Senator Marco Rubio in the eye and asked, “Can you tell me right now that you will not accept a single donation from the NRA in the future?”

Florida school shooting survivor Cameron Kasky challenges Sen. Marco Rubio: "Can you tell me right now that you will not accept a single donation from the NRA?" https://t.co/LiU42QFBEv #StudentsStandUp https://t.co/p6jlUGFxOs

Rubio avoided a direct answer and said people donated to support his agenda, Kasky persisted. “Wait, hold on,” he continued. “So, right now in the name of 17 people, you cannot ask the NRA to keep their money out of your campaign?” Rubio’s non-answer did not change, but Kasky put him on notice, without sacrificing any class (or humor).

Thank you all for watching the Comedy Central Roast of the NRA and the coming out party for my ADHD. #NeverAgain #MarchForOurLives

PS thank you @marcorubio for showing up to that like a champ. A+ dude, and not just from the @NRA

David Cullen, who authored a book on Columbine, said in Politico Magazine that promises of protection, such as those from Donald Trump, have fallen flat. The killing keeps happeneing. Nineteens after Columbine, people are tired of leaders “consoling” us.

“These kids want no part of platitudes and patronizing, telling them it’s going to be OK. It’s not,” Cullen wrote. Yet he found inspiration in Gonzalez, Hogg, Kasky and their classmates. “The kids just found the voice that has failed the rest of us for 19 years. Keep talking. You may finally be our way out.”

"The only time you're ever doing anything that matters is when people try to stop you."

This blog does not agree with the Supreme Court’s Heller decision. However, the late Justice Antonin Scalia made painfully clear a broad, robust array of regulation was Constitutional. That is all we advocate for here.

We are lucky in Massachusetts. Our laws are fairly tight and appear to work. However, lax gun laws in other states still facilitate the bloodshed in cities like Springfield. (We shall save our outrage about the disparity in attention paid to the death of innocence in urban communities for another editorial.)

Of course, this is not just about schools. Churches, malls, movie theaters, colleges, concerts and more have been violated by easily accessible rapid gunfire. This is the world the Parkland students and their peers will inherit, a world no safer but just as fearful as their schools are now.

These students reject that world. They insist something else is possible, attainable. It may not happen this year, but if they do not let up, they can and will succeed. If When they do, we will owe them much, perhaps even our lives.