2020 Vision: One Marketplace of Ideas for Progressives… 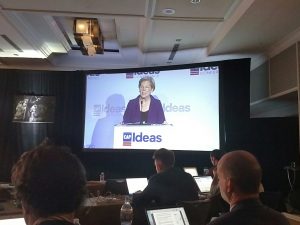 WASHINGTON—By this time next year, the contest for the 2020 Democratic presidential nominating contest will have probably begun. With such a massive field likely, the sea of candidates will not wait until the last minute, lest they fail to lock up key behind the scenes support and establish networks in the early states.

That means the Center for American Progress’s Ideas Conference could be one of the few big opportunities to reach the wonky, policy class ahead of a 2020 bid. As an ideas confab, it was indisputably substantive. For this audience—and more characteristic of Democrats generally—that was fine, but that did not mean it could not serve as a proving ground for the candidates-in-waiting (and tired of waiting).

Then there was Elizabeth Warren, who closed the event with a speech about protecting democracy.

“We must be willing to defend our democracy. We must call the attacks what they are un-American,” Warren said. Warning the problem had deep roots, she added. “This crisis did not begin when Donald Trump took power.”

Tuesday’s event was not merely another Washington-centric nerd-fest. Nobody denies the meat and potatoes of campaigning will still happen in Iowa, New Hampshire and beyond. However, the policy to answer voters concerns must come from somewhere. While speakers were nerding-out, they were in effect issue and message testing, too.

For example, Klobuchar joined California Congressman Ted Lieu and former Deputy Attorney General Sally Yates to discuss democracy and the rule of law. It was a critical issue that, while connected to Donald Trump, reverberates well beyond him.

“It’s not enough if they’re doing their jobs if the public doesn’t have the confidence of those decision,” Yates said. She was referring to Trump’s attacks on the judiciary and career prosecutors.

Klobuchar concurred and noted Republicans were ramming circuit court appointments through. They were also ignoring the blue slip rule which the GOP once insisted then-Majority Democrats observe.

While protecting democracy and the rule of law were constitutional obligations, Klobuchar observed voters aren’t necessarily focused on them.

Later in the day, Booker delivered the lunchtime keynote. The former mayor of Newark, Booker has a reputation for impassioned oratory. That made him a star as mayor, traveling the country evangelizing compassionate government. His stops have even included the Springfield Public Forum. 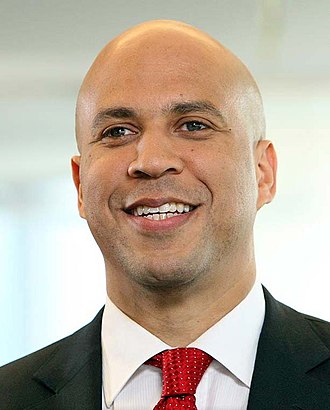 At the conference, he related how the opportunities of the next generation were not guaranteed to be better than the one before it. Meanwhile, the United States has stopped building infrastructure—except for prisons. Trains run slower than they did 40 or 70 years ago, Booker continued. Yet, there were more marijuana arrests than violent crime arrests.

Booker as well as Senator Brown used the phrase “dignity of work” a lot . Brown spoke about the state of the American economy with New York Times columnist and Nobel Economic Laureate Paul Krugman.

Krugman observed that in the past companies saw their workers as an investment. He attributed that to powerful unions, but also an expectation from Washington to treat employees well.

“Now the signals from Washington have been ‘be as greedy as possible,’” Krugman noted.

“For a number of years we’ve seen corporate profits go up,” Brown said, while “workers wages are flat.” To make matters worse, Republican leaders have already started shifting toward gutting the safety net to pay for the $1.5 trillion tax cut experts say is primarily enriching the wealthy. 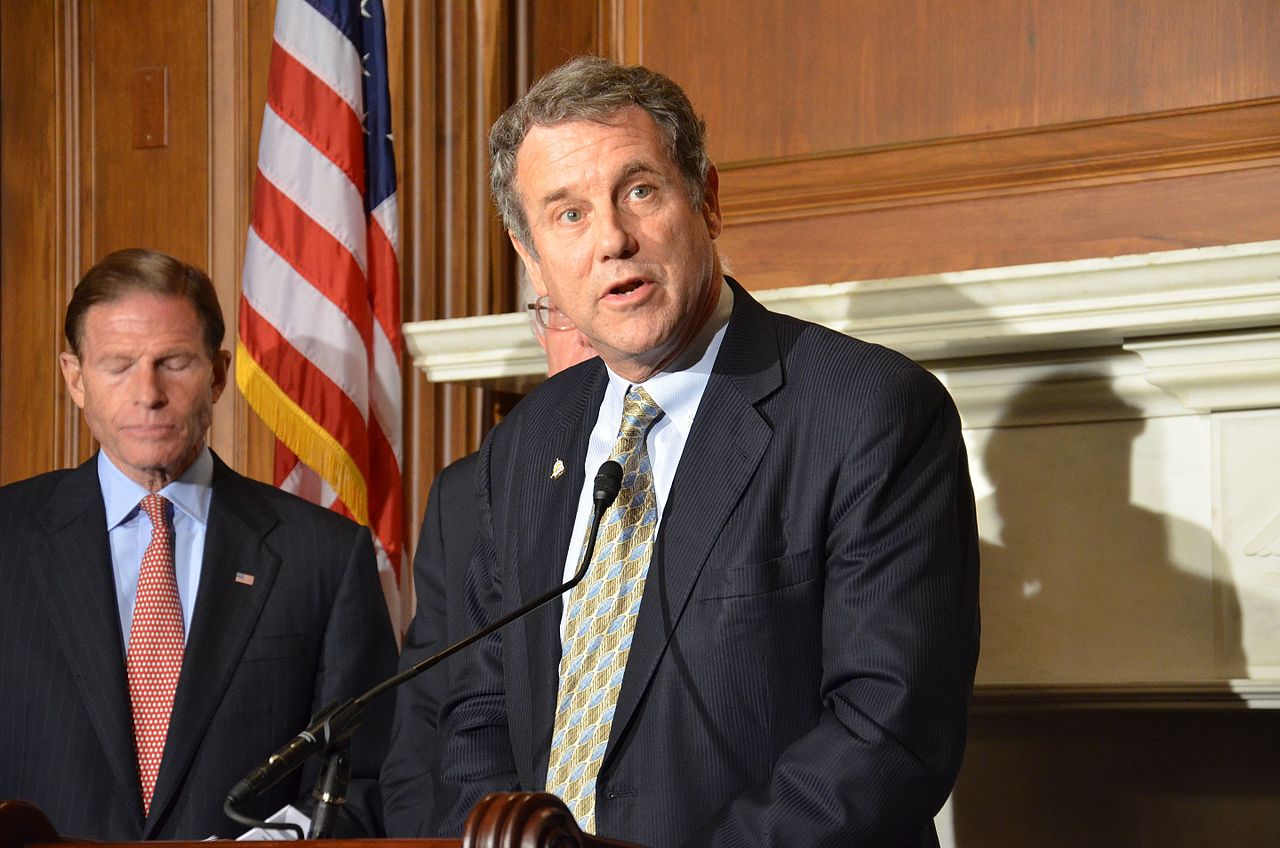 Brown challenged conventional wisdom, too, urging the abandonment of the term “Rust Belt.” “I think workers in my state are looking for somebody to talk about the dignity of work”—whatever that may be. “I don’t hear that enough from elected officials.”

The full breadth and seriousness of any presidential speculation and moves is limited by the cycle. Senators including Brown, Gillibrand, Klobuchar, Murphy, Warren and Bernie Sanders are up for reelection this year. Only Brown faces a serious contest, but it remains gauche to be too obvious about their intentions.

Gillibrand, for example, has become a warrior for women’s issues in the military and in the workplace. Murphy, who won a Senate seat just before the Newtown shooting happened, has beat the drum for gun control ever since.

Sanders, a Vermont independent who ran in for president in 2016, gave a subdued, but impassioned speech billed as about criminal justice. However, it spread out beyond that, moving into mounting income inequality and voter registration. Ultimately, it became a call to stick together. 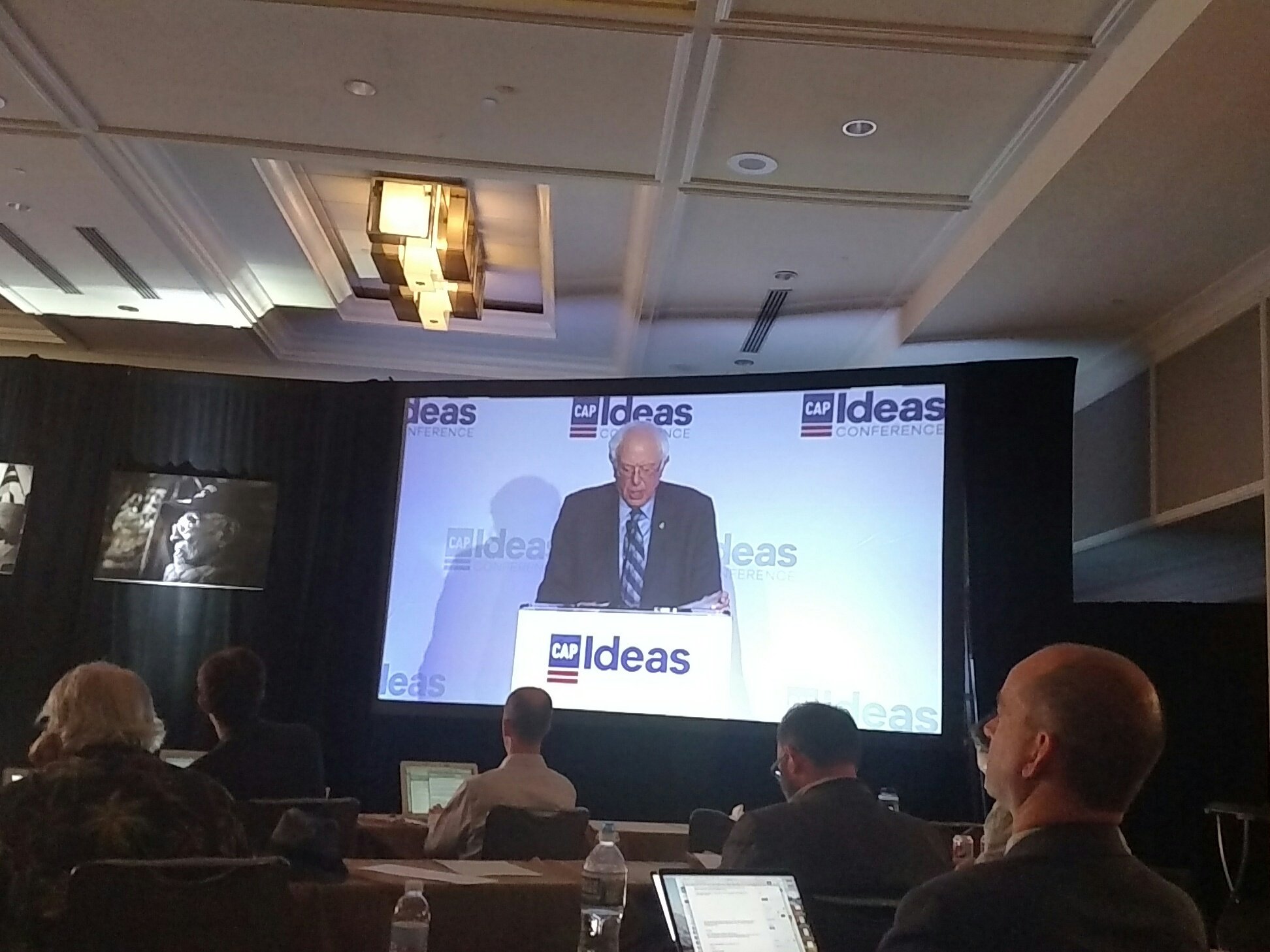 “We must not allow Donald Trump to divide us up,” Sanders said. “When we stand together as one people united fighting for a progressive agenda, there is nothing, nothing, nothing we cannot accomplish.”

Some pols did not appear to be there because of possible higher ambitions. Newly elected Alabama Senator Doug Jones discuss how he blazed a trail to the US Senate from one of the reddest states in the country.

Representative Kennedy, who riveted audience riveted as he discussed the need for mental health parity.

The grandson of Senator Robert Kennedy, the Joe Kennedy told the story of a woman whose child suffered from severe mental illness as a young age. The child got help, but it wasn’t easy.

“Compared to people I know we have been lucky,” he said quoting the mother. 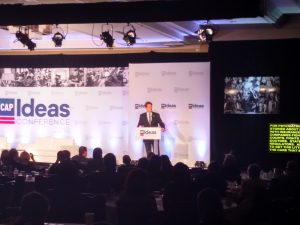 As he spoke, Kennedy’s voice sometimes lowered, almost as if he were overcome with emotion. Whether it was genuine or a rhetorical flourish, it worked.  The Department of Rampant Speculation puts him in the presidential box, but that seems unlikely in 2020. Despite anti-Trump furor flooding the 2020 Democratic field, Representatives, even Kennedys,might find matriculation from the lower house difficult.

But as he had with the response to the State of Union, Kennedy emphasized again he could take on the family mantle, wherever that might take him.

Following Kennedy was his former law professor and his state’s senior senator, Elizabeth Warren. Her chosen topic, returning democracy to the people, is a broad, big idea. She also announced the release of $175,000 to state parties to battle voting restrictions and gerrymandering.

In explaining her focus on this issue, Warren said the nation’s democracy is “crumbling.” Government had become unaccountable to the people. Republican congressional leaders were looking the other way while Trump and his appointees profited.

“Government is not the servant of the people but just another rich man’s toy” to them, she said.

She outlined a number of moves Democrats and progressives could take. Among them were a constitutional amendment explicitly establishing a right to vote, registering voters, winning state legislatures to curb gerrymandering, and delivering legislation that enforces ethical standards. 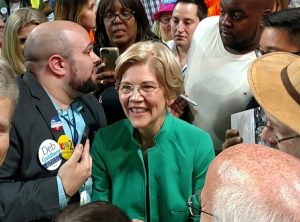 Warren has stated clearly, if not in a Shermanesque manner, she has no interest in the presidency. Prognosticators analyzing her voting and anti-gerrymandering investments would be wise to consider these fit a broader pattern of Warren’s. She has long involved herself in races nationwide even when Clinton’s election was a sure thing.

Yet it serves her interest to allow embers of speculation to burn.

If the goal then is to wield her star power to deliver on the small “d” democratic goals—as well as the capital “D” ones—she succeed Tuesday evening.

In the words worthy of the most scrutiny—though again, not out of character—Warren spoke of a broader need to move past our comfort zones.

“I know that an isolated bubble can actually feel pretty good,” she said before warning that others’ bubbles lead them to misinformation. Some who demean or dehumanize for political advantage—or sport—may be lost causes. But not everybody on the other side is, she suggested.