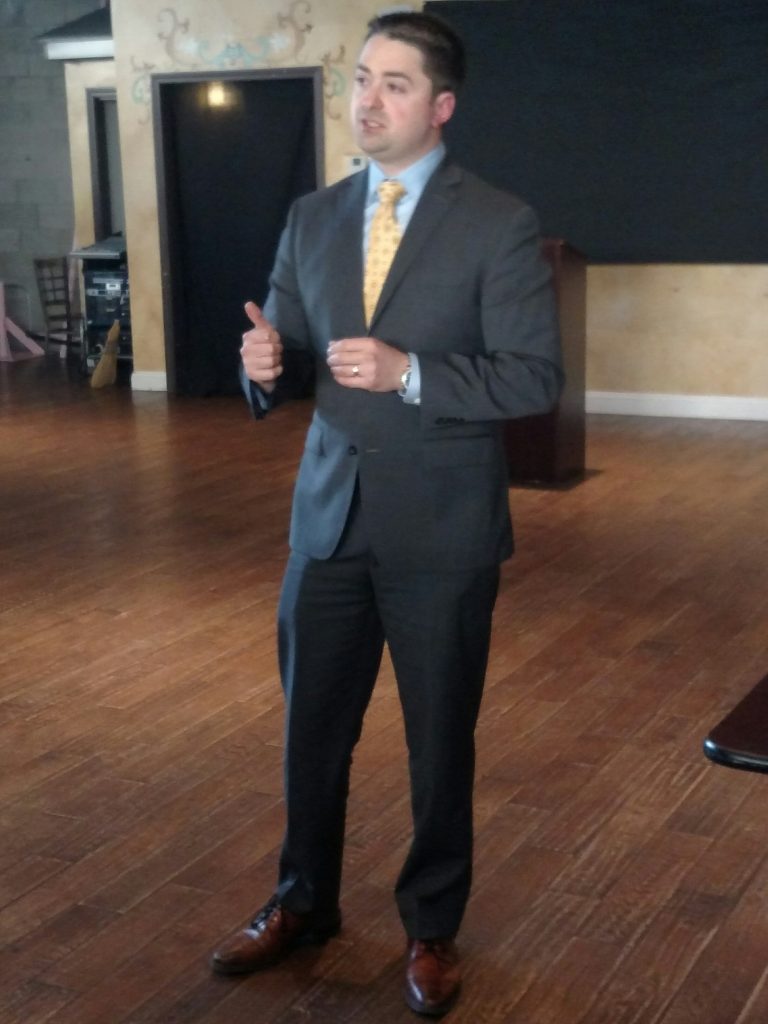 BOSTON—When the Central Artery came down, an old truss bridge that carried I-93 over the Charles joined it in the scrap heap. In its place rose a new structure that has become synonymous with the Hub. The Leonard P. Zakim Bunker Hill Bridge has appeared in architectural “best of” lists and even appeared in Amtrak advertising.

Boston City Councilor Joshua Zakim has, somewhat cautiously, adopted the bridge as political logo, reluctant to rely too much on his father’s towering legacy. Yet his pitch to become Massachusetts Secretary of State does try to echo Lenny Zakim’s work on civil rights and inclusion. In these areas, Councilor Zakim argues, the commonwealth has a lot of room to improve.

“We’ve led on so many important issues,” Zakim said of Massachusetts, naming healthcare and marriage equality. “To be behind on voting rights, woefully behind, there’s no excuse and it falls to leadership.”

That alleged lack of leadership would be incumbent Secretary of State Bill Galvin’s, whom Zakim hopes to defeat in the Democratic primary this fall.

Zakim, 34, announced his bid shortly after winning his third term as a district councilor representing Boston’s Back Bay, Beacon Hill and Mission Hill neighborhoods. Since then, he has hammered Galvin for not fully utilizing the secretary’s power over public records, lobbying and, Zakim’s marquee issue, voting.

“Secretary Galvin has not been a leader when it comes to expanding access, making it easier to vote,” Zakim said.

Galvin has pushed back as he did at the Longmeadow Democrats breakfast last month. But Zakim’s stiff challenge and Galvin’s unforced errors have left little doubt the young councilor will survive the state Democratic convention and carry the race to the primary election.

During an interview early this spring at a café near the Public Garden, Zakim discussed how he landed in electoral politics rather than the private-sector nonprofit advocacy that had defined the family name.

Referring to his father, Zakim said, “He and I certainly feel that politics, the civic process, public policy is how you impact, hopefully positively, the broadest number of people.”

He added his parents emphasized “that people look different, pray differently, speak differently, but generally we all want the same things.”

As head of the Massachusetts Anti-Defamation League, Lenny Zakim had been a titanic figure in the realm of civil rights and social justice. Although not a faith leader per se, the elder Zakim crossed religious barriers, too. Through his work, he had audiences with the Pope, the Dalai Lama, and the Boss.

Lenny Zakim developed bone cancer and succumbed in 1999 after a five year fight. His death drew countless remembrances from mourners across all spectrums.

“Lenny was the ninth candle. He was a little higher, a little brighter, and he lit us all,” Rabbi Mark Sokoll said at Zakim’s funeral, comparing him to the middle candle on a menorah.

Though not a politician himself, Zakim said his father was always active in Democratic politics. Lenny Zakim had been a field organizer for Michael Dukakis in 1978 and worked closley with one-time party co-chair (and later Massachusetts Treasurer) Steve Grossman. A young Josh went to caucuses and conventions and met Ted Kennedy.

Zakim said his father’s social and civic-mindedness rubbed off on him and his two sisters. They work as a legal aide attorney and a social worker. After graduating from Northeastern Law, Zakim worked for Greater Boston Legal Services and for a firm that does municipal bonding.

In 2013, Josh Zakim had hopped onto a campaign for special election for state rep when. Then Tom Menino retired, prompting a cascade of openings in city government including Zakim’s council district.

“Friends, neighbors, said [then-Councilor] Mike [Ross] is leaving to run for mayor, ‘you should take a look at this’” Zakim said.

“And we did! This was the right time, a generational opportunity in Boston,” he continued. Zakim prevailed over a large field and has faced  zero or minor opposition for reelection since.

As chair of the Council’s Civil Rights Committee, Zakim developed a broad legislative portfolio. He proudly noted Donald Trump’s condemnation of the Trust Act, which cut back Boston’s role in immigration. He heard concerns about voter access, leading to legislation expanding registration opportunities while using city services. This experience also drew Zakim to the secretary’s race.

Zakim has skewered Galvin’s appeal of a ruling that the 20-day voter-registration deadline before elections violated the state constitution.

“There is no reason to put this restriction on our fundamental right to vote,” Zakim said. When asked about Attorney General Maura Healey’s defense of the appeal to avoid bad precedent, Zakim said she was fulfilling her constitutional duty.

In a statement to WMassP&I, Healey said she disagreed the registration 20-day deadline violated the Constitution. However, she said she supports same-day and automatic voter registration.

“Regardless of how the court rules, I stand ready to work with the Legislature to make improvements to that law to ensure that all eligible voters can participate in our elections,” Healey said.

Zakim expects legislation will be needed either way. Yet, he’s not terribly confident the legislature would act to supersede a ruling in Galvin’s favor.

“If the chief elections officer is telling them we don’t want to do this, that makes a difference,” Zakim said.

Zakim acknowledged that Galvin has called for greatly expanded voter registration opportunities, but he found the timing curious. Moreover, some Beacon Hill watchers have recognized Galvin for devising a legal workaround to allow early voting. 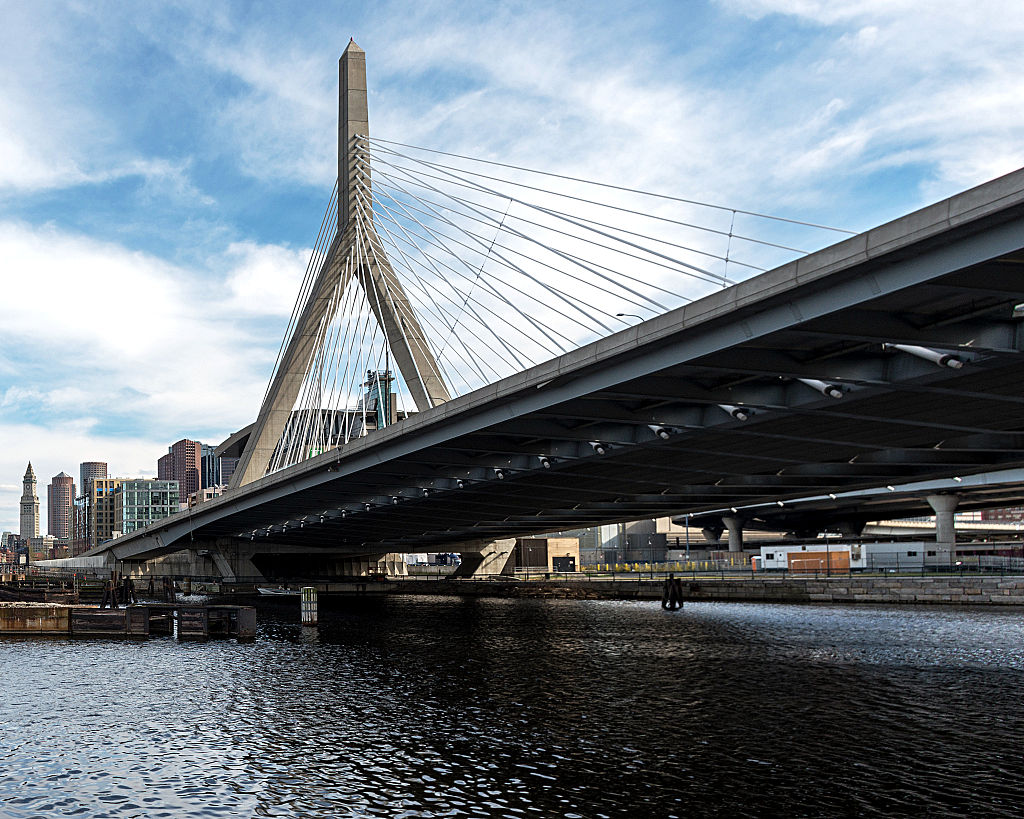 A bridge to city and town clerks, too? (via wikipedia)

“We need to reform the statute itself,” Zakim said. Among the exemptions he wants scaled back are those for the governor’s office and the legislature.

Zakim envisions the Secretary advocating for city and town clerks, too, perhaps to urge a capital campaign to begin digitizing records.

Notably, Zakim likens his campaign to Healey’s in 2014.* While not challenging an incumbent, she faced long odds. Healey was a virtual unknown up against Warren Tolman, a well-regarded, well-funded former state senator. As Healey had, Zakim is banking on a pitch of service to the people to prevail.

Zakim has drawn some noteworthy support, despite Galvin’s longevity. His candidate lost that 2013 special election, but the winner, Rep Jay Livingstone, is in Zakim’s corner today. Also on board are prominent colleagues including Boston Council President Andrea Campbell and her predecessor Michelle Wu.

I’m proud to support my friend & colleague @joshzakim for Secretary of State! DM me if you’d like to get plugged into #TeamZakim fun #bospoli #mapoli https://t.co/gLyiSmJ5C3

“Josh’s goal to make government more accessible for everyone is essential to ensuring that all citizens have a voice and an opportunity to make their voices heard,” Hurst said in a Zakim campaign release.

Secretary of the Commonwealth Bill Galvin (via billgalvin.org)

Galvin’s missteps have helped his challenger, too. A testy phone call between Galvin and Lawrence Mayor Dan Rivera—who is also backing Zakim—got into the press.

The Globe reported secretariat employees had filed reelection papers for Galvin while on the clock. Some took personal time but others did not, which could violate state ethics laws. Galvin said he disciplined some staffers.

The heat on Galvin lessened somewhat after The Globe reported some of Zakim’s Council staff performed reelection work for him last year. They, too, claimed to have used personal time, though Boston does not maintain specific enough records to confirm that. Still, the story was not press Galvin needed.

Some political observers think Zakim could pull it off. He has maintained an aggressive campaign schedule, including multiple trips to the 413 and statewide, documented on Twitter and Instagram. He promises that won’t stop once in office.

The job is “not just sitting in an office,” he said. “It’s being there. It’s being accessible.”

None of this should count Galvin out, though. After 24 years, he is familiar and has his own accomplishments to highlight. Plus he holds an office that is not as well-understood as governor or attorney general. 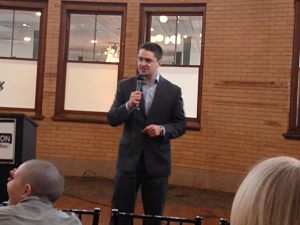 Zakim acknowledges he must both explain the office and say how he would do better to win.

“I think I’ve made it clear that this is about leadership,” Zakim said.

“We do everything we can,” he added “to make this commonwealth more inclusive, allow people to become part of the process and hopefully change the way we do politics here.”