A Note to Our Readers: Mass Dems Convention 2018 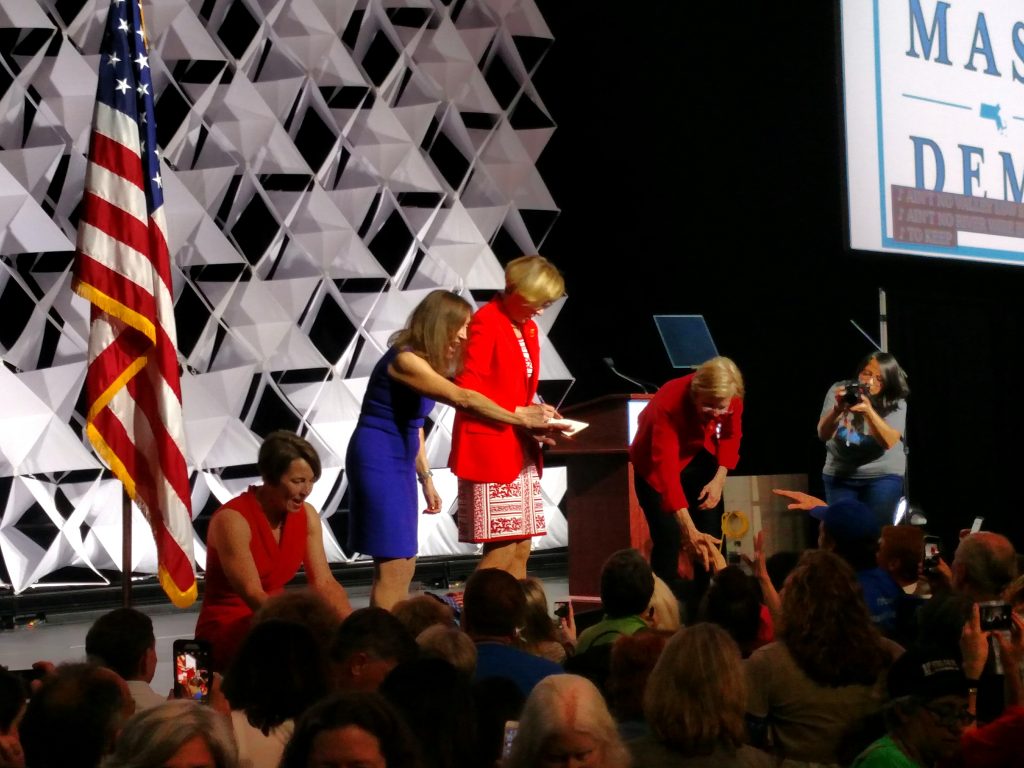 Media literacy (and its flip side media transparency) is one of the most underappreciated aspects of our political landscape today. In many way, it is something that the 2016 election pushed to the fore, with, in my opinion, devastating results. That doesn’t just mean the outcome of the election itself.

What is interesting about this problem is that it is not new to Western Massachusetts. It has long been my opinion that media, um, let’s just leave it at failures, have greatly contributed to Springfield and the region’s problems.

To that end it is important that readers understand clearly where WMassP&I is coming from. I, its editor-in-chief, have tried to make clear that this blog is progressively orientated. Though I am a Democrat, I strive to fair in the reporting process.

The media literacy part comes in from understanding both my and WMassP&I’s perspective and then parsing the relationship. The challenge, if you’re up for it, is reading what is on this blog and then determining whether what you read is fact, slant, or opinion.

But another part of that is properly disclosing activities that are unavoidable. It was a reality that became clear to me four years ago, but became urgent with the 2016 election. As a delegate to the State Democratic Convention, I have a vote in the contested races.

The below votes DO NOT reflect a final endorsement on the part of WMassP&I. Our readers are entitled to far more comprehensive recommendations than I will detail below. Moreover, the below represent strategic, as much as substantive considerations Certainly primary voters can and should consider this, but WMassP&I subordinates it as a matter of endorsement.

For now, here are my votes for the purposes of disclosure.

I will cast a vote for Jay Gonzalez in the convention. Gonzalez did not enter this race with any name recognition or much of an organization. However, between he and Bob Massie, Gonzalez is the only one to have built anything close to what is necessary to win in November. On issue after issue, he has taken important stances from transportation—which is key to the 413—to economic development.

WMassP&I’s disappointment with Charlie Baker has been a staple of this blog and reflects my own growing concern his tenure has been a four-year, going on eight, lost opportunity for our commonwealth. The comparable biographies of Gonzalez and Baker—both secretaries of administration and finance and both ex-insurance execs—could also force the debate away from personality and toward issues where the governor polls much more weakly.

Gonzalez has shown a clear enthusiasm to do much better than the previous milquetoast 41 months.

I enter this race with much less conviction, which means WMassP&I’s final endorsement is more likely to differ in the end. However, Quentin Palfrey has made far more of an effort to reach out to me and the Democrats I know in Springfield. He has also made an effort to tailor his appeal to the different needs of the commonwealth’s regions. That’s not to say Jimmy Tingle is unworthy of support. He may yet earn WMassP&I’s before September, but thus Palfrey’s effort has earned my vote.

Finally, there is secretary of state where Boston City Council Josh Zakim has challenged incumbent Bill Galvin. The elevation and election of younger people has long been a project and passion of mine and this blog. It’s hard not to credit that in Zakim’s favor. That would not be enough on its own, however. What is clear, though, is that Zakim is proposing a lot of change in policy, but especially in verve. Both may be necessary to pull the commonwealth out of a doldrums its healthy(ish) economy conceals.

At the same time, Bill Galvin has done quite well in the job. In short, the conversation must continue and the only way to make that happen is to put my vote behind Zakim and ensure he is on the primary ballot. Once there, voters—and WMassP&I—can fully evaluate and weigh whether Galvin still deserves one more go-round or Zakim’s time has come.

There you have it. To those not above, I can promise my fairness in any future articles WMassP&I writes. This process is far from over.