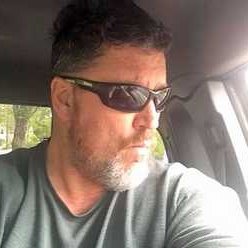 Twitter is many things, but among them is a land of sarcasm, hot takes and sick burns. That makes the medium potentially sharp—or rather scalding—on both sides of a tweet. In the aftermath of the shooting in Annapolis, Maryland, Springfield Republican reporter Conor Berry learned that the hard way.

Thursday afternoon, as details about the rampage at Capital Gazette Communications were emerging, Berry tweeted the shooter had dropped a red “Make America Great Again” hat. He included a photo of the headgear. A backlash—on Twitter, obviously—ensued, the tweet came down and by Friday morning Berry had resigned.

Both Berry and his former employer averred the tweet was ironic, likely an allusion to the invective Trump has aimed at the press. That sarcasm was not apparent, though. In any event the tweet struck a macabre note as five people had been murdered.

The Republican announced Berry’s departure in an unbylined story on Masslive. The blurb emphasized the tweet’s presentation seemed factual rather than facetious. 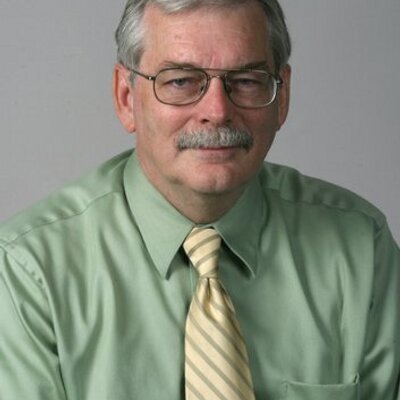 “We need to be more vigilant than ever to be fair and accurate in a climate in which we are scrutinized and criticized,” Wayne Phaneuf, The Republican’s executive, is quoted saying.

In a message to WMassP&I, Berry confirmed he freely sent the tweet, which he called “sarcastic, cynical, inappropriate and wrong.” He confirmed his departure was voluntary, saying he’d been “benched.”

“I benched myself (read: resigned), though I don’t think staying was an option,” Berry wrote.

Berry primarily posted breaking news, doubling as a producer for the newspaper’s online content posted to Masslive. According to his Linked In profile, Berry had worked for the paper since 2011. Before that, he worked for The Berkshire Eagle, The Cape Code Times, and papers in New York and Vermont. He told The Boston Globe his reporting has perturbed people across the ideological spectrum.

Masslive and The Republican are both owned by New York-based Advance Publications. While, each entity’s content appears in the other’s medium, Masslive has its own independent newsroom. Masslive Vice-President for Content Ed Kubosiak confirmed Berry had no affiliation with Masslive’s newsroom. Kubosiak directed all questions about Berry to Phaneuf.

Berry deleted the tweet, but screenshots exist. WMassP&I is not harvesting and posting them so as not to perpetuate false information.

There is no evidence the shooter targeted the Annapolis paper because Donald Trump verbally attacks, delegitimizes and dehumanizes journalists. Authorities have said the shooter’s threats and harassment of journalists predate the real estate tycoon and provocateur’s entry into politics. Still, he has created a climate of animosity toward reporters, which some have noted.

Supporting local journalism is important, what happened today is sickening. This alleged gunman appears to have had a longstanding grudge against the paper and little else is known so far. But Trump is the only president in memory to call the press “the enemy of the people.” https://t.co/QmGBikZh0L

Jr. skipped "thoughts and prayers" and went straight to media bashing. Lots of anti-media retweets, plus this https://t.co/p9K0QxUcyZ

The people who said trump caused the shooting were wrong & that’s bad.

The people making fun of journos for feeling threatened are bad.

Also bad, being president & saying any class of citizens is an enemy.

In an email to WMassP&I, Phaneuf reiterated that Berry accepted responsibility and offered his resignation. The executive editor said it was his understanding the tweet was not intended to be taken literally, but its nature raised issues of accuracy.

“Tweet was sent with knowledge it was false (kind of a failed sarcasm),” he emailed.

The episode highlights the role of Twitter—and social media generally—in modern journalism. Many outlets—The New York Times being a standout exception—have not aggressively policed their staffs’ Twitter use. However, as Kubosiak and Phaneuf noted, there are expectations.

Asked whether The Republican planned to institute any new rules or protocols to police reporters social media use, Phaneuf said there were “No plans to have new rules… need to be fair, honest, factual and civil.”

In an email, Masslive’s Kubosiak said he and his staff “talk regularly about appropriate behavior for reporters on social media—it has to be an ongoing conversation.” Kubosiak added, “We expect our reporters to be professional, respectful, valuable and truthful.”

The subject matter on which Berry was commenting likely complicated his error.

Dan Kennedy, a professor of journalism at Northeastern University, noted that Twitter rewards and breeds snark and sarcasm even at the worst of times.

“You’d like to think that anyone would have the common sense to know that you should play it straight when there’s been a mass shooting, but I guess Berry didn’t get the message,” Kennedy said in an email.

However, he also observed that avid Twitter users know the thrill of tweeting going viral—and the regret of going too far. “I confess to feeling a twinge of ‘there but for the grace of God’ when I learned that he’d blown up his career over an inappropriate attempt at humor,” Kennedy added.

As for Berry, he seemed philosophical about the situation.

Messaging WMassP&I, he even seemed eager to take a rest, having spent the last 20 years working in journalism, hoping to reach a top publication.

“Time to become a regular citizen again, somebody with opinions and ideas and passions that had been put on hold for many years,” he wrote.