Take My Council, Please: Construction Bonfire of the Vanities…

UPDATED 6/9/18 10:07PM: To reflect a correction on the incineration ban. Springfield will levy fines of $1-5k for first offenses. Repeat offenses yield fines up to $10k.

SPRINGFIELD—The City Council Monday night took long-awaited action on two highly anticipated ordinances even as the underlying issues revealed some growing ruptures among councilors. Disagreement about the issues themselves was one cause of the split on the surface, but discord appears to be brewing below the surface.

Both the chief diversity officer ordinance and a ban on burning construction waste advanced Monday. MGM also sought and received another amendments to its host community agreement (HCA) with Springfield. Elsewhere, the Council began consideration of a hotel tax hike and acted to send a message to utilities who tear up city streets.

The Council’s first action was a resolve urging passage of a law to expand Medicare Savings programs. The resolve passed on a voice vote.

There were other ordinances on deck, too. Ward 1 Councilor Adam Gomez said Economic Development committee was still working on a tax break claw back ordinance. Another ordinance that withhold permits from fee scofflaws passed 10-2. Councilors Timothy Ryan and E. Henry Twiggs were in dissent. Councilor Thomas Ashe missed that vote.

Artist’s rendering of a completed MGM (via Springfield City Hall)

Ward 2 Councilor Michael Fenton, the casino oversight chair, offered an MGM update. The HCA amendment would change how residency MGM residency is reported. The company has a goal of drawing 35% of its workforce from the city. The change allows for quarterly report and new software will track employees regular rather than upon hiring alone. The council approved the change on a unanimous recorded vote.

MGM Springfield impresario Michael Mathis also declared 50% of job offers were to Springfield residents. That’s not a final employment figure but, if it holds, it would exceed the goal.

Councilor also began another chapter in a long-running saga of smacking utilities for not repairing streets they open. This issue has roiled councilors for years, understandably echoing perturbed residents. Public Works czar Chris Cignoli has addressed assured procedures have changed, but councilors were unmoved.

“I think going to committee sends a message,” at-large councilor Kateri Walsh said before the Council acted on at-large Councilor Justin Hurst’s motion to committee. Six of Columbia Gas’s permits went to committee. One did pass alongside utility reports from Eversource and MGM.

Several land transfers passed on unanimous votes. Among them was acceptance of donated land from Mercy Hospital (along with $100,000) to install a traffic light near the hospital. There was also a $24,000 sale of land at the foot of Worthington Street at East Columbus Avenue. Paul Ramesh, who owns The Zone, plans to use the space for outdoor dining.

Davenport will convert the Willys-Overland Building, a historic district since 2015, into apartments and retail. A former auto showroom and garage,  will have interior parking, too after renovations. (via wikipedia)

The third sale for $300,000 covered seven parcels around the Willys-Overland building, which was declared a historic district. Chuck Davenport, the developer, is planning apartments for the building, but the mostly vacant plots will become parking. If the first apartments are a success, the vacant land could become more apartments.

Several financial items were considered including $150,000 transfer for a scanning project. Once electronic the Law Department and human resources records will be more retrievable than before.

A labor pact with DPW engineers that granted 2% raises annually over four years passed unanimously. Residency had been added in a previous contract.

“The good news is we’re doing well with it,” Allen said. Much work lies work ahead, though.

Enter the hotel tax, which would help cushion those increases. Fenton noted that a prior effort to max out the hotel tax faced vehement opposition, principally from hoteliers and the convention and visitors bureau. That had not happened here. He suggested the $350,000 increase was conservative estimate, assuming MGM brings in a tide of visiting masses.

However, Walsh questioned whether the city should move forward without industry feedback.

Allen noted there was little need to move at warp speed. The city could wait and begin collecting the tax in October rather than July (it’s not clear passage Monday would have been soon enough for July deadline anyway). The increase went to committee.

Following final approval of a historic district around the Driscoll Block 11-1 (Council President Orlando Ramos dissented), the Council moved on to the more vocally divisive legislation.

For example, an ordinance banning the incineration of construction/demolition waste engendered a lengthy debate on the impact on residents. The ordinance targets largescale incineration, which is all but illegal anyway. Supporters consider it a public health issue, evoking biomass battles and poor air quality in Springfield.

This ordinance required a lengthy state review process. State law also controlled the fine: $1000 to $5,000, escalating to $10,000 for subsequent offenses.

At-large Councilor Jesse Lederman, who chairs the Green Committee, recognized councilors’ concerns about the ordinances “shall” fine language. However, changing it to “may” would require a new state approval, delaying the ordinance another year. Ward 3 Councilor Melvin Edwards, who filed the ordinance, made this point during his earlier General Government committee report.

Fenton, while wishing not to be a “wet blanket,” worried about residents holding a bonfire in their backyard. Toss in some old fencing or a two-by-four and potentially get burned by a five-figure fine. 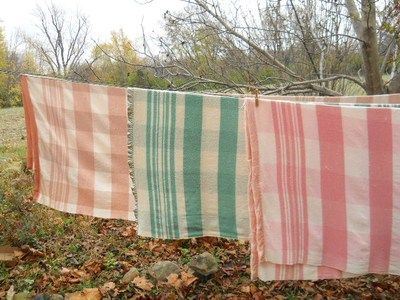 Councilor Michael Fenton insists this photo is not of him. (via Pinterest)

“I don’t know that I could face that constituent and explain that it was fair that the office was required to give them that fine,” Fenton said. He would vote no.

Lederman while not accusing Fenton of being out to dry, observed pointedly, “the Police officer would have to prove you burned construction waste.”

Eventually, Councilor Walsh suggested a new committee referral. Therein lay the issue: not disagreement, but the committee of congnizance.

Edwards said it would be fruitless. General Government committee members were not showing up.

“I can’t get a quorum, I haven’t offended anybody, I think, or given them any excuse not to attend a meeting,” Edwards said. “There’s more importance business for us to deal with and I just don’t want to waste your time anymore.”

Domenic I did not approve of the CDO. (created via Business West & Hyacinthe Rigauld’s Louis XIV images)

Though councilors did not address Edwards’s concerns on the floor, they decided to move on. The ordinance passed second and third steps 10-2. Fenton and Walsh were in dissent.

The chief diversity officer (CDO) ordinance only needed a voice vote. It, too, had been gummed up in General Government. Council dissent could prove significant if Mayor Domenic Sarno maintains his opposition.

The current EEO Dan Hall “has no voice at the table to help mitigate” inequities, Williams said.

Williams observed top companies like MassMutual and MGM have CDOs as do Boston and Worcester.

Yet, Sarno has unleashed a conflagration of criticism upon Williams and his colleagues since they unveiled the ordinance. The mayor torched the idea as an insult to Hall and, presumably, an affront to his mayoral grace.

Fenton, a cosponsor of the ordinance, noted Sarno said he “didn’t give a damn” about applicants’ race, gender, or other identities when hiring. That was the problem, Fenton, because Springfield was losing out by not building a workforce that mirrors the city.

“I hope that in the future that as we take second and third step, the mayor will reconsider,” he said. Fenton later compared Sarno’s “contempt with which this board is treated when we have any voice whatsoever” to gentler touch the mayor used with a constituent supportive of the issue.

Councilors chatted positively about the ordinance, though Walsh questioned whether the mayor would fund it. Under state law, he could choose not to—and face the political consequences. Depending on how legal interpretations, he may have no choice unless he wishes to effectively eliminate the existing EEO, too.

First step passed on a voice vote with only Walsh issuing audible dissent.

The major ordinances of the night exposed the duality of the current Council. Near-unity can be necessary to overcome Sarno’s primal screams in defense of his authority. Yet, some deeper divisions or at least indifference are hobbling panels like the General Government Committee. The biggest Springfield political story remains councilors’ reclamation of power from the mayor. But as Monday night proved, intrigue in the Council chamber is a critical subplot.