Take My Council, Please: Hail to the Chief Diversity Officer…

SPRINGFIELD—Amid a flurry of financial orders for the closing fiscal year, the City Council acted on several items Monday night, many it had considered recently. Most notably, it advanced the chief diversity office (CDO) ordinance to the mayor, prompting executive freak out. The stated reason was duplication, but Mayor Domenic Sarno obviously fears encroachment on his power.

Sarno vetoed it Tuesday and questions remain as to funding. Still, the CDO ordinance seems destined to become law. The measure, which Ward 5 Councilor Marcus Williams spearheaded, passed with enough votes to override a veto. Eventually Sarno will have to face the political realities that had put the issue before the Council.

“The work is certainly not done, and I am now turning my attention to Mayor Sarno,” Williams said.

Another ordinance that advanced Monday related to tax incremental financing agreements (TIF). If approved, it could force developers to return TIFs should they or their contractors violate wage or workplace safety laws.

Ward 1 Councilor Adam Gomez, the chair of Economic Development, explained in his committee report prevailing wage language was unenforceable and therefore had been struck.

However, some councilors, led by Ward 6 Councilor Ken Shea, doubted the fairness of punishing developers if their contractors stiffed their employees.

Council President Orlando Ramos suggested the law was partly designed to encourage developers to hire honest contractors. He also urged first step lest the Council’s light summer meeting schedule slow down the ordinance. Plus there was still time to amend the bill before final passage at the next meeting.

“We can amend that down the road,” he said.

Councilors concurred and passed first step on a voice vote.

The Council unanimously approved the nominations of William Leonard to the Water & Sewer Commission and Michael Siciliano to the License Commission.

Comptroller Pat Burns gave the body an unremarkable May revenue and expenditure report, the last before FY2018 wraps on June 30.

The Council accepted small grants for parking, libraries and the fire department. Councilors also agreed to transfer $3.6 million in free cash to the stabilization fund. Chief Administrative and Financial Officer Timothy Plante said the infusion brought reserves to their highest level since 2010.

The body also approved a $45,000 transfer to the commonwealth. Plante said this was good news. The University of Massachusetts, a state entity, processes federal healthcare reimbursements for Springfield and scored a seven-figure increase in federal health repayments for the city.

The North End Bridge from Springfield. (via connecticutriver.us)

Another financial item transferred city marketing funds to an account for use next fiscal year. The Council also greenlit a four-year gas detection equipment lease, $124,752 for ongoing park projects, and a $3.5 million bond for flood control projects.

Plante and Public Works officials said Springfield sought grants for the work, but were unsuccessful. Federal officials jack up flood insurance rates if the upgrades go undone. The project includes reinforcing the Mill River conduit from Main Street to the Connecticut River. The project will also strengthen levees along the Connecticut between the South End and North End Bridges.

Ward 2 Councilor Michael Fenton singled out one affecting Newbury Street. The street, which is in his ward, was paved in 2015. DPW discourages utility work on streets paved in the last five years. Fenton suggested councilors raise Columbia’s required insurance bond to $1 million from $10,000. Other councilors agreed and questioned doing the work so soon after repaving.

The answer lay in a change in Columbia’s repair schedule. Councilor Lederman noted about 18 months ago, he—then working for Arise for Social Justice—and Columbia announced a deal to expedite gas main repairs. As leaks both cost ratepayers money and emit greenhouse gases, it was an environmental and a consumer win. 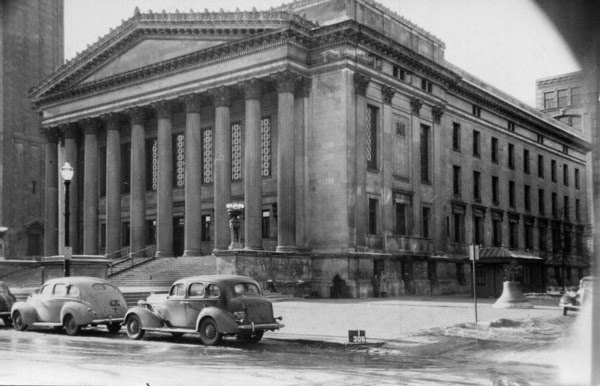 “There’s a plan in place now that was not in place three years ago,” Lederman said.

A Columbia Gas representative said some gas lines in Springfield were over a century old. Those along Newbury were installed between 1922 and 1930.

“There was simply not enough money to do what was right,” the representative said when asked why repairs were not done sooner. “I’m sure the Water Department”—among other utilities— “is in the same position we’re in.”

Fenton suggested a more modest bond of $50,000. That failed and he relented.

“I commend the work that you’re doing it. I think we just want it done in a more purposeful and organized fashion,” he said. Councilor Hurst added he wanted stronger assurances from utilities before approving their future requests.

The petitions passed 10-1 with Fenton in dissent.

In The Republican, Sarno complained the measure was duplicative. He plans to revamp the existing equal opportunity administrator (EOA) position when the incumbent, Dan Hall, retires.

However, the CDO would go beyond antidiscrimination law compliance. The CDO would have data collection and workforce development responsibilities. The latter, critically, would ensure more of the city’s diverse workforce would have the training and experience needed to qualify for promotions to top city jobs.

Other Massachusetts cities and Springfield’s top private employers have CDOs.

In an interview Monday night, Williams, said the key was having somebody at the table thinking about diversity and reaching. out the community. Specifically, the CDO can be someone “moving the ball on outreach efforts to get folks in the door here at City Hall who are from underrepresented groups.”

Nonetheless, the administration threw up flimsy reasoning to justify the veto. NEPR characterized Sarno’s veto message as claiming the ordinance infringes on his appropriation powers because it creates something he would have to fund.

City Solicitor Ed Pikula’s legal opinion to the mayor claims the Council violated the charter in creating the position. He refers to another city position, which Beacon Hill added to the charter, as proof.

However, courts have distinguished between appropriating for a city office and a council’s ability to create or staff them. Indeed, the Springfield city charter explicitly allows the Council the power to create, abolish and transfer responsibilities among departments.

Ultimately, the mayor simply seemed perturbed the Council was muscling in on his domain. Williams said during the meeting Sarno declined to meet on the ordinance. Instead, the mayor offered a meeting with his chief of staff, Denise Jordan. Williams rejected that as she is leaving that job soon.

During the interview Williams seemed—rightly—prepared for a mayoral veto, but was confident in an override.

“We did our due diligence in subcommittees as well which gave every councilo and the public ample opportunity to participate in the discussion,” he said. “I do see us being on the same page about this and I would hope, ultimately, Mayor Sarno is as well.”

It is hard, but not impossible to see where Sarno finds the votes to sustain the veto. Despite bellyaching about mayoral prerogatives and powers, Sarno has yet to violate ordinances passed over his veto. Yet, the CDO ordinance differs from residency because, theoretically, he could refuse to fund the CDO position. Though that may not be legally or political tenable long term.

In any event, the Council again asserted a tangible role in how Springfield is governed. Mayoral funding of the CDO may be uncertain, but the decline of mayor-centrism is not.